Team principals who attended a morning briefing from Formula 1's new owners in Bahrain on Friday have agreed to keep the details confidential.

The teams were given much more detail about the direction Liberty Media has in mind for the future of the sport. However the press release issued afterwards gave little away.

It was soon clear that teams had been asked by Liberty CEO Chase Carey and director of motorsports Ross Brawn not to air their views in public. It seemed that most had acceded to the request.

"I think we’re going to avoid getting into specifics of what was discussed this morning," said McLaren executive director Zak Brown. "That was what was agreed amongst the teams, Chase and Ross.

"I would say overall the impression is very positive," he added. "The direction they’re taking is the right direction. There’s obviously a lot of details, questions – but we’ll do that behind closed doors.

"We all recognise that the sport starts with the fan and that’s what Liberty are focused on – putting on a better show for the fan," he continued. "If the fan wins, we all win. The sponsors win, the media wins, television ratings win.

"We all recognise that the sport is not where it needs to be today so it’s in our collective interest to improve the show. That means we’re all going to have make varying degrees of compromises.

"But I think we’ll ultimate get there at the end, and I’m excited about the future of Formula 1."

"Nice try to get more information!," he said. "But no, nothing more to add. The detailed discussions are behind closed doors. We all agreed on that one.

"We should keep it like in any other business and hopefully we bring back a better sport that is better for all of us.

"It’s behind closed doors and we have to go back to that one because we agreed on it. It will come out when the deal is done. Or maybe it never will."

Williams deputy team principal Claire Williams had earlier commented that she was 'personally delighted' by what she had heard.

"I know that in the past you can have these conversations and they come out and not necessarily anything is ever done about it," she said. "But I’m not sure these discussions are negotiable. That’s not the message I got anyway. 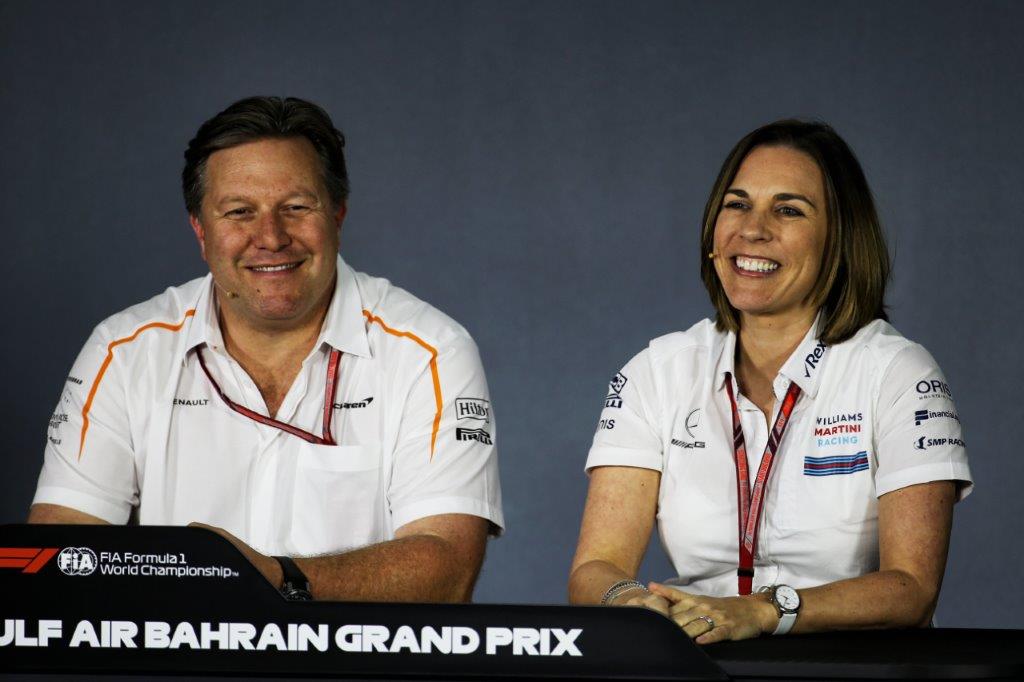 "It was a proposal rather than a wishlist," Williams continued. "It was presented as such and I think that everyone felt it was a blueprint for the future.

"There are obviously elements in that proposal are under FOM’s control and others which fall under the FIA’s control," she added. "But I believe that FOM and FIA are working together.

"As I’ve always said, if we’re going to protect the future of this sport then we need to work collaboratively. All three stakeholders."

Steiner picked up the topic by noting that "There is something between a blueprint and a wishlist, which is called a proposal.

"That’s what it was. It’s not a blueprint but it’s not ‘oh, let’s try to do this’. It’s something in between but it’s a good starting point. A very good one, actually."

FP2: Ferrari's Raikkonen and Vettel shine in the Bahrain night

Wolff not worried despite lukewarm Friday in Bahrain