Valtteri Bottas beat his Mercedes team mate and pressed Sebastian Vettel to the closest finish seen in the history of the Bahrain Grand Prix on Sunday - but he wasn't sounding very happy about the outcome.

"Being second with such a close margin and having good pace in the end is extremely disappointing," he admitted.

The final laps of the race saw Bottas reel in the race leader who was struggling on extremely worn soft tyres. The Mercedes closed right up on the back of the Ferrari - but ultimately couldn't find a way past.

"I was seeing red," Bottas said. "I knew, because we were on the harder compound, that there would a chance they would struggle in the end.

"He started to struggle so I was trying to get ready, trying to get every lap perfect and try to catch him. But it was just not quite enough."

Bottas declined to speculate whether he could have found a way through if the race had been a single lap longer.

"Of course it's disappointing. Once it comes down to being so close, and once you're catching up somebody with that sort of rate.

"But I have to say, the last three laps, once I started to close on him, my tyres started to go off. The last lap was really, really difficult - I actually had a couple of big moments.

"Once I was approaching turn 1 for the last time behind him, I had probably the best opportunity I would have," he recalled. "But I saw that he definitely knew what I was going to do or maybe do.

"Before he started to brake he turned inside," he continued. "I kind of braked later than normal as well and saw that he was going to block it.

"He didn't go wide or anything and he still had a good run to turn 4," he sighed. "He was awake, he knew this was his place to defend and that I was maybe going to try something there."

Even before the climactic closing laps of his duel with Vettel, Bottas knew that Mercedes were not at their best this weekend. A chronic problem for the team had reared its head once again.

"We did struggle pretty much the whole race with overheating [tyres]," he revealed. "Really had to manage the tyres a lot. I could always push a few laps but then I had to back off. That was the limitation.

"It became easier towards the end when the track was cooling down," he added. "It's been an issue we've been having this weekend, and today it showed again. 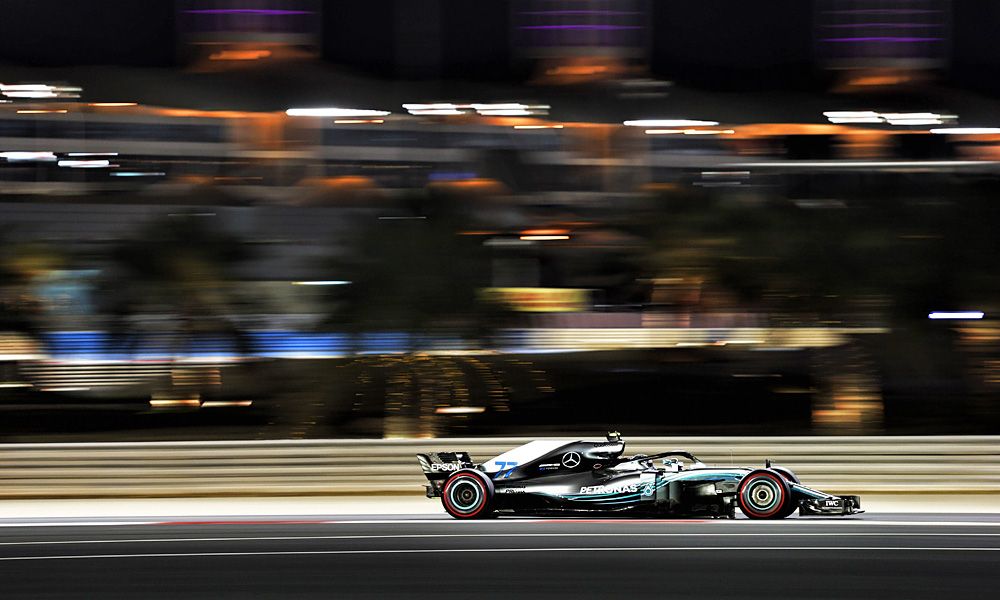 "Disappointing, but I think what is positive from today is that the race pace we had was more competitive and we could put more pressure on them than we expected."

Overall it had been a better weekend for Bottas than Melbourne, where a costly crash in qualifying meant he finished the Australian Grand Prix in a disappointing eighth place.

"It is positive," he said. "Melbourne was a pretty bad first race of the season. One mistake in qualifying cost me the weekend.

"It was difficult to compare with the pace in the race because the situation was different.

"Pace-wise it's been good this weekend," he confirmed. "But I'm also here to win. I wanted to win today, and especially in the end when there was an opportunity.

"We can't be fully satisfied and we'll work as a team. I'm happy China is in one week," he added. "For sure we'll try and get them next time.