Red Bull wants to make a final decision on which engine it will use in 2019 by the beginning of July.

That's when the team heads to its de facto home race, the Austrian Grand Prix at the Red Bull Ring in Spielberg.

The team currently uses Renault power units badged by TAG Heuer. But Red Bull has been increasingly unhappy with the power and reliability of the engines in recent years, and has been looking for alternatives.

This season its junior squad Toro Rosso has become Honda's works team. It's a try-out for Red Bull possibly making the same switch at the end this season when their current contract with Renault expires.

"Our internal schedule plans that we want to have a decision on the engine issue by the Grand Prix in Austria," Red Bull motorsports consultant Dr Helmut Marko told Autosport magazine this week.

Marko said that the team also wanted to make a decision about who will be driving for the team next year alongside Max Verstappen. Contract talks with Monaco Grand Prix winner Daniel Ricciardo are ongoing.

"We're in talks," he said. "I'm sure there'll be a decision in Austria. There's not that many possibilities."

Ricciardo faces a tough Canadian Grand Prix this weekend, with a grid penalty of at least ten places expected after problems with his MGU-K nearly cost him victory in Monaco.

The team will have to replace the unit for Montreal, and it's this sort of reliability issue that has caused Red Bull to become so vexed with their engine providers.

However it may be too soon for the former world championship-winning team to switch to Honda. Although it's having a better year with Toro Rosso, the Japanese manufacturer suffered a torrid time with McLaren in previous dismal seasons.

Honda are rolling out a new spec engine for Toro Rosso for this weekend's race. Technical boss Toyoharu Tanabe said that the upgrades were mainly related to the internal combustion engine and focussed on improving performance.

No doubt the Red Bull pit wall will be watching on with interest.

Expectations high for Stroll ahead of home race 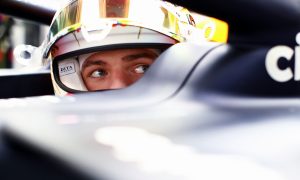