A rehabilitated Romain Grosjean followed up his promising qualifying performance with a splendid fourth-place finish in the Austrian Grand Prix, achieving his first points of the season and Haas' best ever F1 result.

In a year marked by misfortune and mishaps, the French driver steered clear of trouble on Sunday, producing a difficult but fine drive that enabled him to outrace team mate Kevin Magnussen and conclude his day as 'best of the rest'.

It was a long time coming for Grosjean who expressed a sigh of relief when all was said and done.

"Definitely feeling better than we have been recently," he enthused.

"It is great, our 50th Grand Prix, finishing P4 and P5, a best ever result for the team.

"I got a lot of criticism but the team has always been behind me but this weekend was just what we wanted to stop that negative spiral and eventually try and go back to a positive one.

"It was mainly for me and my boys and for my team. Here we are and showing that we can still do some really good racing.

"Obviously I feel better now, I am happy that we are starting to get some luck and I feel for Lewis [Hamilton] and Valtteri [Bottas] and Daniel [Ricciardo] but it was just places we could get.

"Just going back home and knowing my boys are proud of me, it makes me go ‘Yes!’." 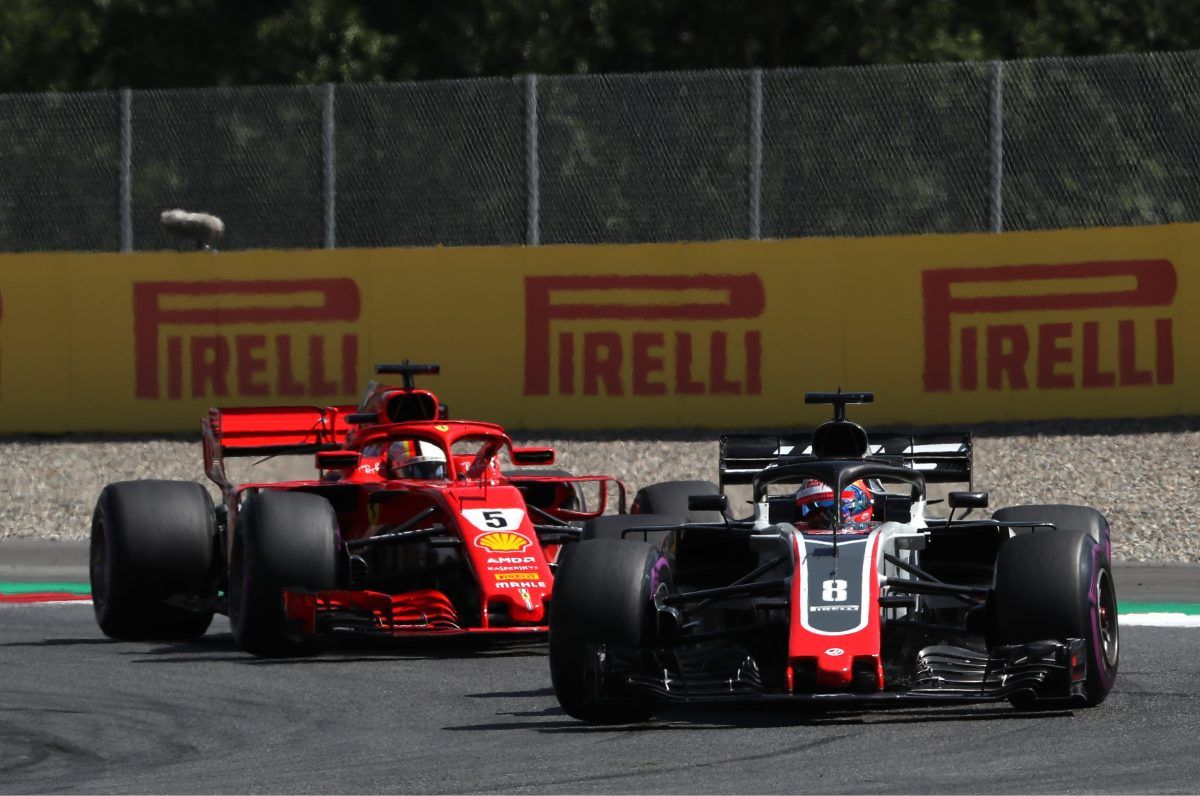 It was anything but an easy hike around the Styrian hills for Grosjean however, who conceded ground at the start to big guns Daniel Ricciardo and Sebastian Vettel who had lined up behind him on the grid.

"It was not an easy first lap because all the big boys were around and they were really trying to push," he explained.

"I knew Seb would try everything he could to go through, and Daniel as well. I just hung in there, tried to avoid any trouble and then I knew the race was long anyway."

Like his rivals, tyre degradation was a major concern for Grosjean in the second part of the race, and while attentive to his rubber, the thought of failure remained on the Haas driver's mind.

"To be fair, the last 20 laps, I was looking at my rear tyres thinking that I was never going to make it. I had massive blistering and I was avoiding every kerb.

"We don’t want any bad luck, we don’t want anything to explode right now. I just took it carefully, I knew the gap was big behind so let’s roll on and give the boys what they deserve.

'Positive day' for Vettel, but 'could have been better'

Raikkonen relieved with second after being squeezed out