Williams partner Paddy Lowe has taken note of the rumors placing Lance Stroll at Force India next year, but for now the British squad is "working in the present" with the Canadian driver.

Reports from the paddock indicate that the Stroll family is considering a move to Force India for 2019 if Williams fails to get its act together in the next few races.

"I’m not worrying about it. It’s that type of time in the season when there are lots of stories around the media about drivers doing this or that," Lowe told the media in Hockenheim.

"As far as I’m concerned we’re working very much in the present with Lance.

"It’s true he hasn’t committed for next year. We haven’t committed to him either, so that is an open point. Where it lands, who knows.

"We would love to stay with Lance and that’s our assumption at the moment," he added.

The Grove-based outfit has struggled to cure the chronic aerodynamic issue that has severely impacted the performance of its FW41 this season.

Williams has brought a new front wing to Germany, and the element got the thumbs up on Friday from Sergey Sirotkin.

"Today we had a very busy programme in both sessions, whereby we mainly focused on the front-wing," said the Russian.

"We found some very interesting and positive things which in return gave us better pace to work with.

"Overall, it is a good step in the right direction. It is up to us to go through the results tonight so that we can get the maximum out of the car tomorrow.

"For sure we are at the beginning of a positive road ahead."

Vasseur open to giving a Sauber seat to Raikkonen 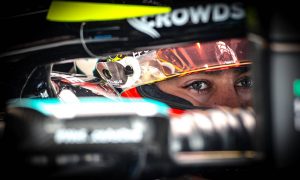