Lewis Hamilton said he never gave up hope of pulling off a miracle result in the German Grand Prix. But even he appeared shell-shocked by how events turned out on Sunday at Hockenheim.

Hamilton started from 14th place after suffering s hydraulic failure in qualifying on Saturday and seemed to be on damage limitation duties for the race. Instead, he ended up winning.

"It's obviously very, very difficult from that position and highly unlikely, but you always got to believe," he said after the finish.

"I would never have thought you could do something like that today, but I just kept pushing. I kept believing. And it happened. I really manifested my dream today.

"Honestly, I've never had a race like this," he admitted. "After racing for so many years you never know when you're going to have another good race.

"But it's difficult to ever think you're ever going to have a better race than your best. And I think this is now up there with them.

"I said a long, long prayer before the race started," he continued. "We did the parade lap and I could see how much support we had.

"I just wanted to stay collected, stay calm," he added. "The team did such a great job - the car was fantastic today. I want to say I'm so grateful.

"Hopefully this justifies their belief in me," he said. "And hopefully my drive solidifies my belief in them.

Hamilton was able to benefit from rain showers that started in the second half of the race. The track conditions became increasingly tricky, and finally caught out long time race leader Sebastian Vettel who crashed out on lap 51 to cause a safety car.

"But then you never knew what was going to happen after the safety car. The other guys behind had new tyres on."

Hamilton stayed on his used set of ultras and nearly paid the price when his team mate Valtteri Bottas pressed hard for the lead of the race at the restart. 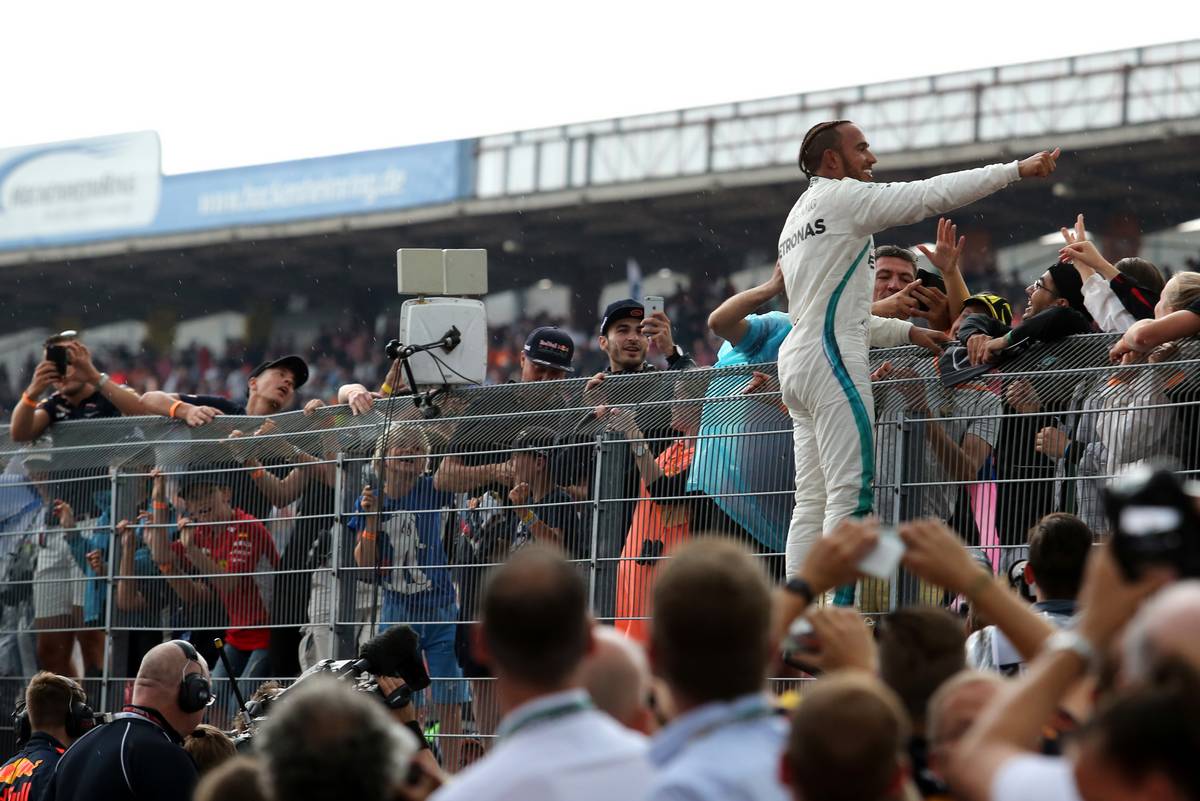 In the end, Bottas was ordered by the team to maintain position and Hamilton went on to win the race. With Vettel failing to finish, Hamilton has restored a 17 point lead in the drivers championship. Mercedes are also back in front of Ferrari in the constructors standings.

"I hadn't really thought about that," Hamilton admitted. "The mistake for Sebastian today has been of benefit to us and Mercedes.

"It's great to be here on Mercedes home ground, our second home, and to get the 1-2 for Mercedes. Particularly after they just re-signed us to confirm their confidence in us.

"It's just a tremendous day for us, honestly," he summarised.