Kimi Raikkonen insisted he hadn't been trying to make a point when he forced Ferrari to spell out its team orders to let Sebastian Vettel pass him for the lead during the German Grand Prix.

"We have certain rules but it wasn’t clear enough," Raikkonen said of the crucial moment on lap 39. "I had speed and obviously it was a bit in a moment in the race that I wasn’t ideally to stop."

Vettel had been on fresher tyres than Raikkonen and felt he was being badly held up by his team mate. Ultimately Raikkonen gave way and enabled Vettel to go past and take the lead.

Rain showers meant that Vettel subsequently slid off the track on lap 51, and Raikkonen went on to take third place behind the two Mercedes cars.

"Yeah, that’s what happened. In the end, it didn't change an awful lot," he shrugged. "It was a tricky race with the rain and it was pretty slippery in a few places.

"In the past it’s been very difficult in that amount of rain and I was surprised by the grip we had," he continued.

"It was very difficult to know where the grip is and where not. Usually when you go fast and suddenly it’s not there, there is nothing you can do."

"It was still some rain and it was pretty decent grip and the tyres were still cold but I think the ultrasoft worked pretty well in that rainy condition.

"Usually when you have that amount of rain it’s usually pretty slippery but yeah, it was slippery in some places but most of it you still had some grip.

"Quite a surprise overall from what I remember from the past. Usually it gets pretty slippery quickly." 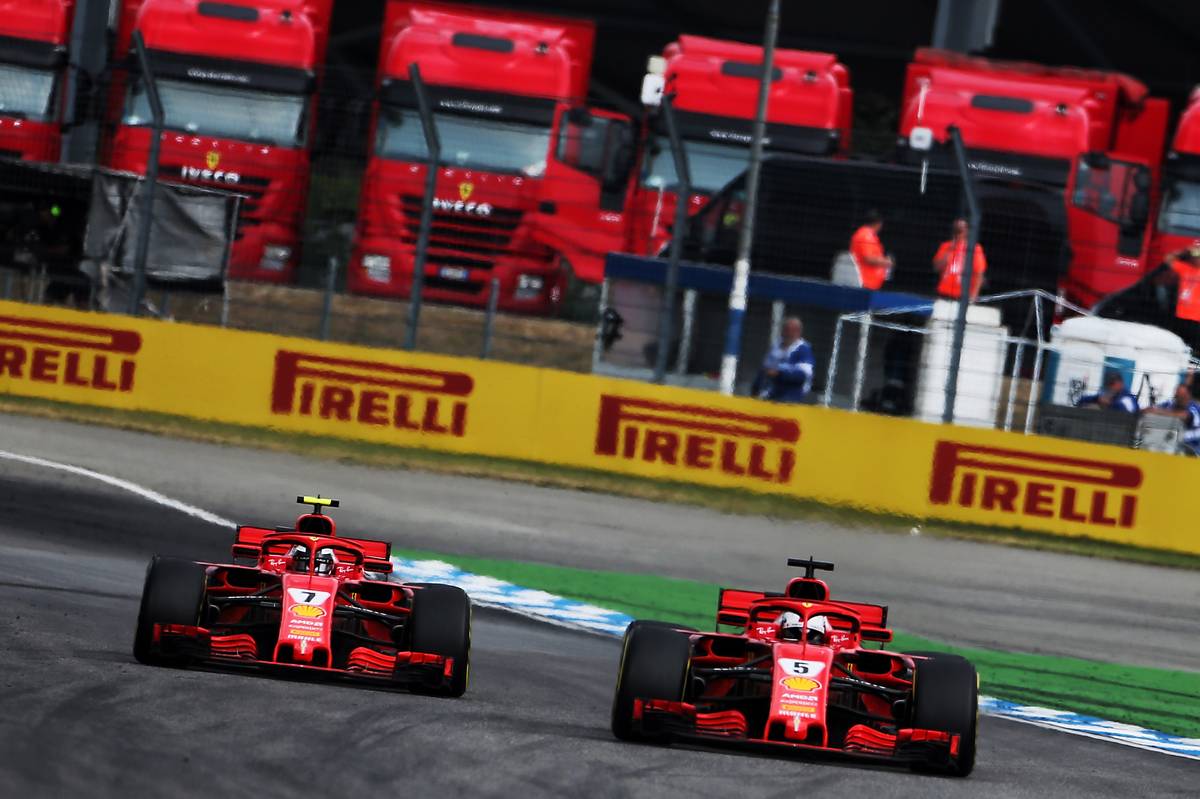 Ferrari made the call to pit Raikkonen for a fresh set of ultrasofts during the safety car that followed Vettel's accident. By contrast, Lewis Hamilton stayed out on ageing tyres - and won the race.

"It’s always easy to say afterwards but honestly we don’t know what would happen if we stay out," he said. "I’m 100 per cent sure that the ultras worked better.

"That’s always an unknown. You try to weigh up the differences and hope that the new tyres will give you some grip to come back.

"Obviously we knew that the Mercedes will be on one of the some aged tyres but they seemed to be the right decision in those conditions so I don’t have an answer.

"I don’t think anybody would have an answer what the end result if we stayed out or not. Who knows. That’s how it goes."

He did regret missing out on second place, however. Bottas had been able to get the jump on him when the pair were navigating through back markers.

"At one point I had a moment with some back-markers and unfortunately I lost second place," he sighed. "I had a small moment with one of the lappers, the Sauber, under braking and Valtteri got past me. 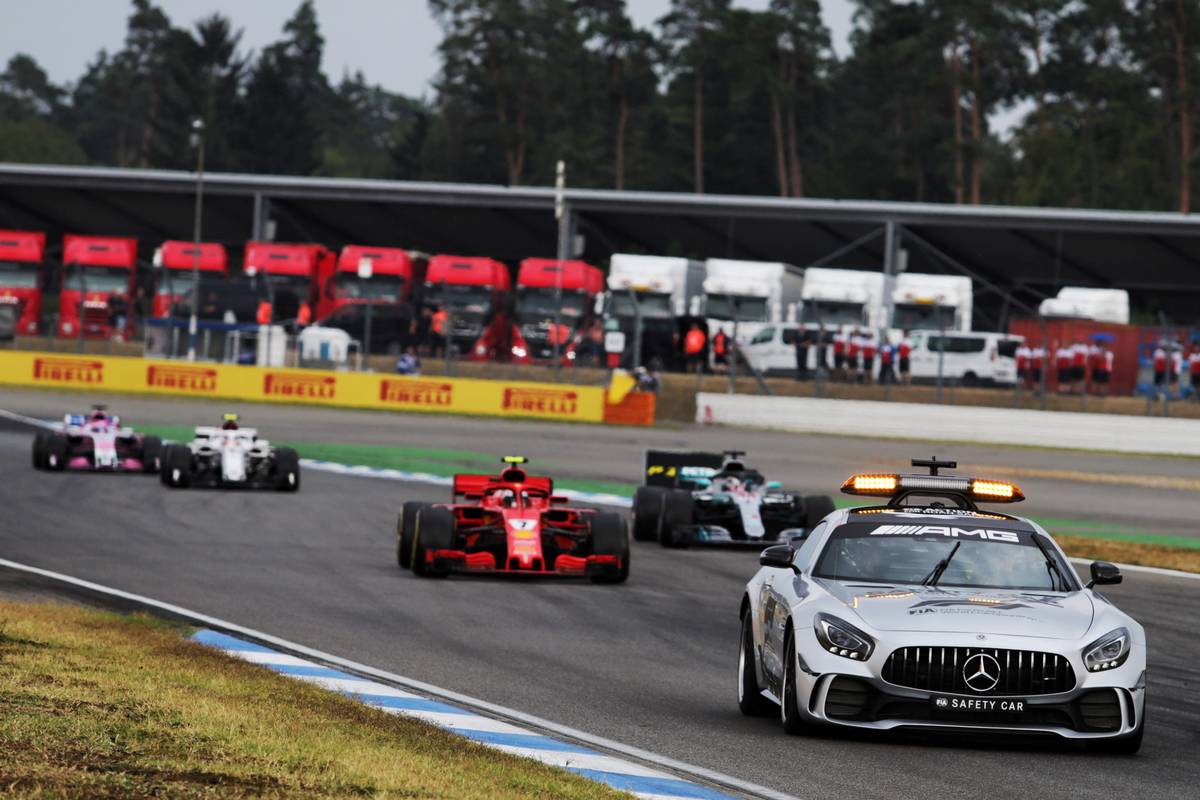 "Happy to finish. A bit disappointed but I’ll take it today and we’ll try next time," he said. "I will keep trying.

"We will try every weekend and every race and we’re not far from it but obviously so far it’s not been happening," he acknowledged. "We will try next weekend again and I’m sure it will come but obviously there’s no guarantee or anything."

Budapest has been a good venue for Ferrari in the past, and Raikkonen is hoping it will give the team a boost heading into the summer break.

"It’s traditionally been good for us but there’s a lot on the weather, what it’s going to be like there.

"In the past years we would probably be feeling more stronger to go there but it’s the same as always: it’s going to be close and whoever makes the best out of it is going to come out on top.

"We go there and try and do the best that we can and see what we get."

Grosjean: 'The boys deserved a really good drive from me'