We're off to Hungary for the twelfth round of the F1 world championship, where Pirelli will offer the same tyre selection as in Germany, with the ultrasoft, soft and medium compounds available to teams.

There are a few common points between the Hungaroring and Hockenheim, the former's constant series of twists and turns not unlike the latter's low-speed stadium section.

"After an exceptionally tough start to the year, Hungary marks the traditional mid-season break, so the teams will be especially keen to finish the first half of the year strongly," says Pierlli's Mario Isola.

"Hungary is often decided in qualifying, so it’s going to be interesting to see the effect of the ultrasoft this year and how it degrades on what is normally a hot surface, where the tyres are constantly working.

"Understanding this, and how the ultrasoft relates to the rest of the range that we have brought to the circuit, will be the key to unlocking a successful race strategy.

"For the third time this year, we have a ‘step’ between the nominated compounds: this means that there should be quite an evenly spaced performance gap between all three tyres, allowing different strategic options." 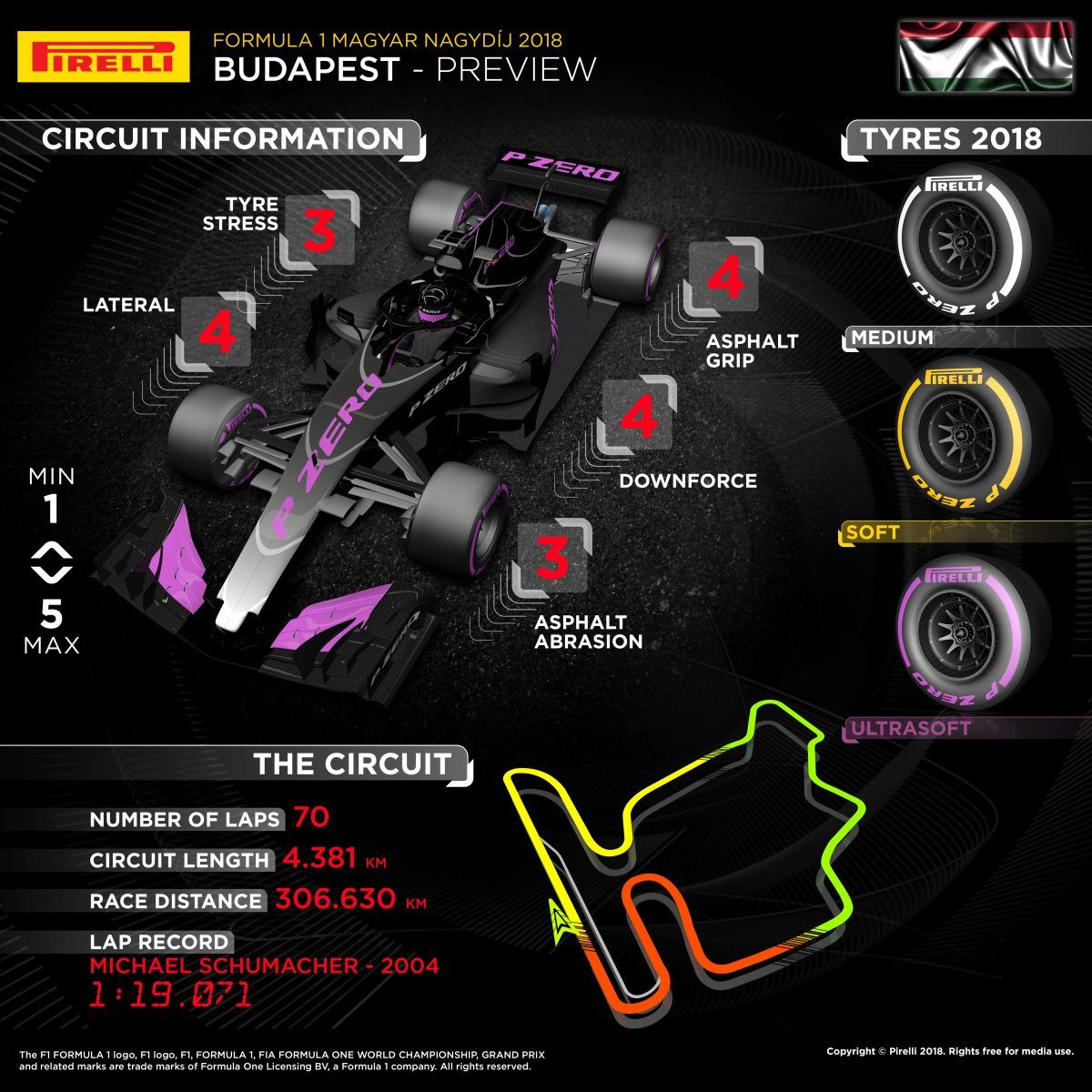 Alonso: 'No time to breath' at Hungaroring