Sebastian Vettel conceded that there had been nothing more that he or Ferrari could have done on Sunday to stop Lewis Hamilton from claiming victory in the Hungarian Grand Prix.

Vettel started the race from fourth - his worst position grid position of the season so far - but quickly made up a place on his team mate Kimi Raikkonen.

Running on the longer-life soft tyres, his extended first stint saw him take the lead. However, he then he got held up by lapped traffic including Renault's Carlos Sainz.

His eventual pit stop also hit problems with a delay on his front left wheel, putting him back out in third place behind Valtteri Bottas. But Vettel insisted that none of this had materially changed the eventual outcome of the race.

"Not in terms of position, the final result," he said afterwards. "If we had come out ahead then obviously the last stint would have been a lot more relaxed.

"This way obviously I had to find my way past on a track that is nearly impossible to overtake."

Vettel bided his time and eventually used his fresher set of ultrasoft tyres to get around Bottas for second place on lap 65, although he made contact with the Mercedes' wing as he chopped in front.

"I was a lot faster than Valtteri, but initially I couldn't make it so I sat back and waited for the last ten laps and that's when we did it.

"My rears were in better shape and I got the inside track outside of Turn 1," he said. "I had DRS. I was quite comfortable into turn 2 knowing I got him.

"I wanted to make sure I didn't overshoot the braking, I hit the brakes and when I turned in I felt the contact from behind.

“I was surprised to be honest because I was already ahead. And I was also just trying to brake so I covered the inside line and not running too deep.

“I wasn’t sure what was going on and then I was looking in the mirrors and I saw that Valtteri was there with Kimi, and after that I was clear.

"I don't blame him," Vettel added. "I think he had no grip and when you're so close it's very difficult to stop the car and I think he locked up and we made contact. 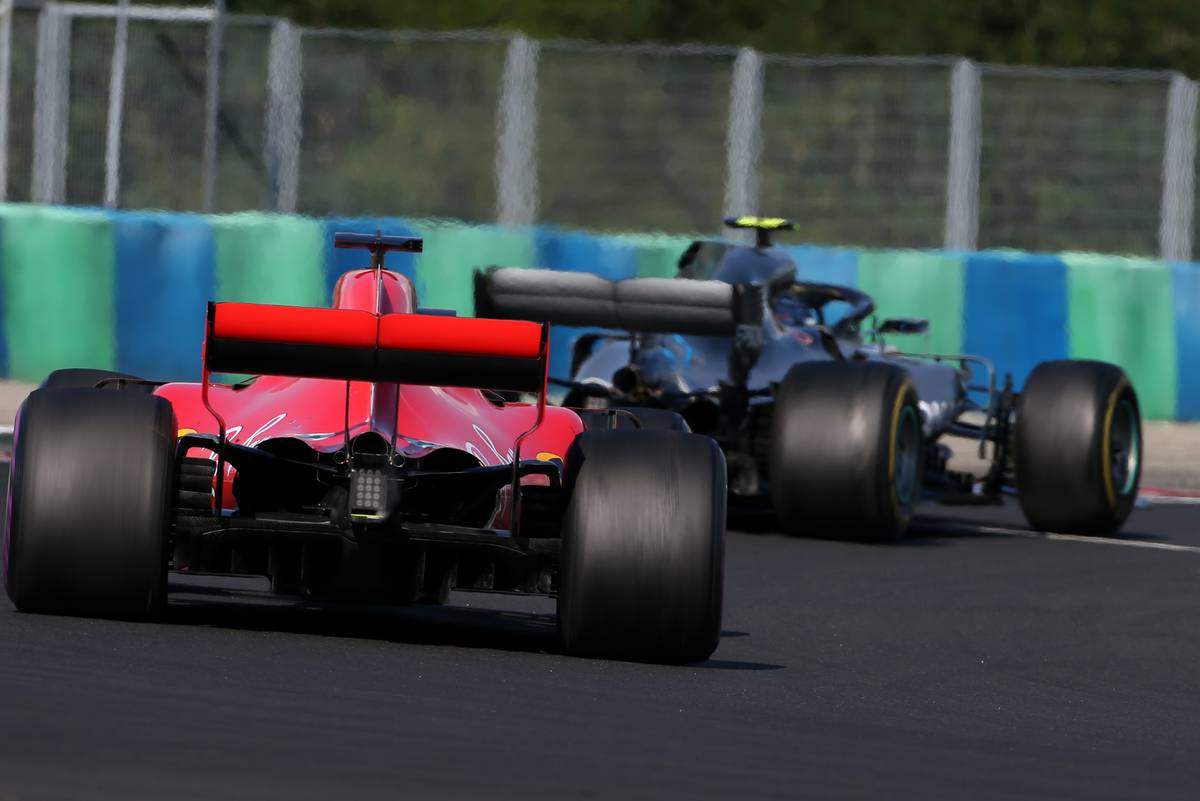 Fortunately there was no damage to Vettel's car from the contact. However there was too little time for him to make up the gap to Hamilton.

"I think more than second wasn't really there," he said. "Lewis had a lot in hand in the final stint. We could probably have caught him down a bit but not pass him. It's not the track to pass."

Sunday's result means that he's now 24 points behind Hamilton in the drivers championship. He'd gone into the previous race in Germany ahead in the standings, so it's been a costly couple of weekends.

"Part of the game," he sighed when asked about the turnaround. "I can't rewind the clock. It has happened. It obviously hurt us.

"The one error that was very costly which was very small because I wasn't even trying but went off was when I went off last week.

"But I'm quite confident that if we have a car to fight with, we can put them under pressure and make things happen in the second half [of the season.]"

'Nice to finish on a high', says one happy Ricciardo

Gasly hails 'the best thing that could have happened to us'