Lewis Hamilton got the best possible start to his summer holiday by claiming victory in the Hungarian Grand Prix on Sunday.

Together with last week's win in Germany, it moves him 24 points ahead of Sebastian Vettel in the 2018 drivers championship.

"I really could only have dreamed that we would be in the position that we are in right now," he admitted. "Considering all factors and based on our pure performance, where we stand compared to the Ferraris.

"Really happy, going into the break, particularly with back-to-back wins. I think that boost will last a long time for our team and it’s encouraging for everyone so I’m excited for the break."

But Hamilton is keenly aware that Mercedes can't afford to lose any momentum over the August shutdown, and that they will have to come back even bigger and better at the next race.

"We've definitely had ups and downs in this championship, it's such a roller coaster ride," he said. "We're in a great position right now, but what's important is that we don't drop the ball.

"The second half of the season is always intense but it is usually when it gets a bit better on our side.

"We need to apply more pressure in the second half. This is where we need to turn up the heat," he continued. "So we will go away and prepare and make sure we come back stronger."

The lead of the title battle has gone back and forth between Hamilton and Vettel over the first 12 races of the season, meaning no one can tell who is favourite to come out on top.

"Absolutely not," Hamilton insisted. "No, I think it’s far too early. You’ve seen the ups and downs we’ve had from this year, you’ve been ahead by some points and behind some points.

"I don’t believe there’s ever a moment that you’ve got your hands on the title or the trophy. We’ve got a long long way still to go and there’s still nine or ten races.

"We have won five races, we are ahead of the Ferraris which eight-nine races in really turned up the heat, and to come away with two [consecutive] wins is a great show of strength in depth. 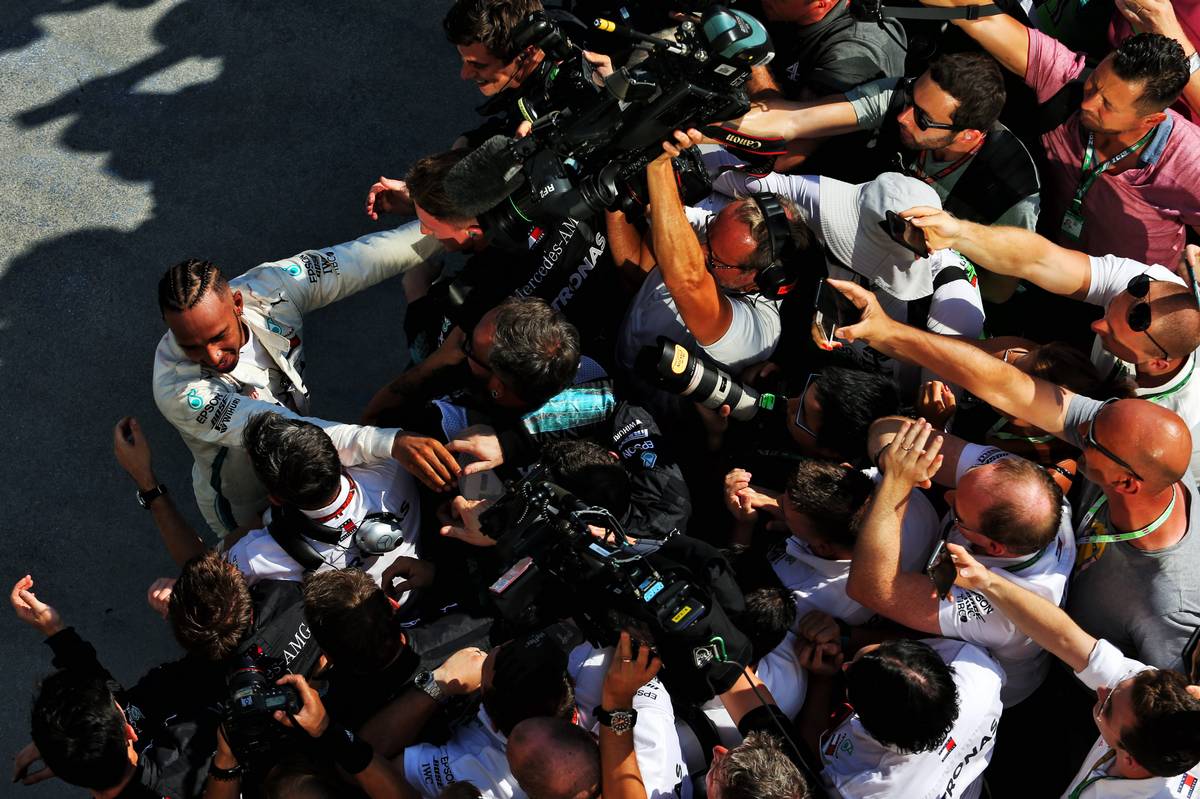 "A lot can happen moving forwards," he pointed out. "But what’s really important is that we continue to keep up the pressure and keep working as we have done until now.

Sunday's win at the Hungaroring had looked comparatively easy for Hamilton who rarely appeared under genuine pressure from the Ferrari drivers during the race. But he acknowledged that the ease of the win had been somewhat against the tide.

“We came here knowing that the Ferraris would be real quick this weekend," he said. "To come out with these points, we will definitely take as a bonus for us.

"Today I had them covered, but had they been on pole, we would have struggled." he admitted. "So we've got some improvements to make in our overall package to try and close the gap to them."

Gasly hails 'the best thing that could have happened to us'