Former Formula 1 driver Pedro de la Rosa has said he would prefer not to see an all-Spanish line-up of Fernando Alonso and Carlos Sainz at McLaren next season.

Alonso is yet to decide on his future in the sport. But either way, it appears that his current team mate Stoffel Vandoorne is likely to lose his seat at the Woking squad at the end of the season.

If that's the case, the team's current test and reserve driver Lando Norris is among the names lined up to replace the Belgian in 2019.

But increasingly, the name of Carlos Sainz is being linked with the potential vacancy. Currently the Red Bull driver is on loan to Renault, but that arrangement expires in November.

The 23-year-old is unlikely to want to return to his former berth at the junior Toro Rosso team. That leaves him hanging on Daniel Ricciardo's decision whether or not to re-sign for Red Bull.

If he does then Sainz will be left looking for a new spot on the grid - with McLaren increasingly mentioned. That would put Sainz alongside his compatriot, childhood idol and sometime mentor Alonso.

But as other drivers have found in the past, that can put a young driver under almost impossible pressure to perform - as de la Rosa pointed out to radio station Cadena Ser.

"I think it would be better if they were not together," he stated, denying that the arrangement could result in a Spanish 'dream team'.

"Being Fernando's teammate is very difficult, so I prefer that someone other than Carlos suffers.

I would prefer if Carlos gathers two or three more years of experience and then face a beast like Fernando."

That's not to say that de a Rosa doesn't have a high opinion for Sainz, and believes he has a shining future ahead of him in the sport if managed correctly. 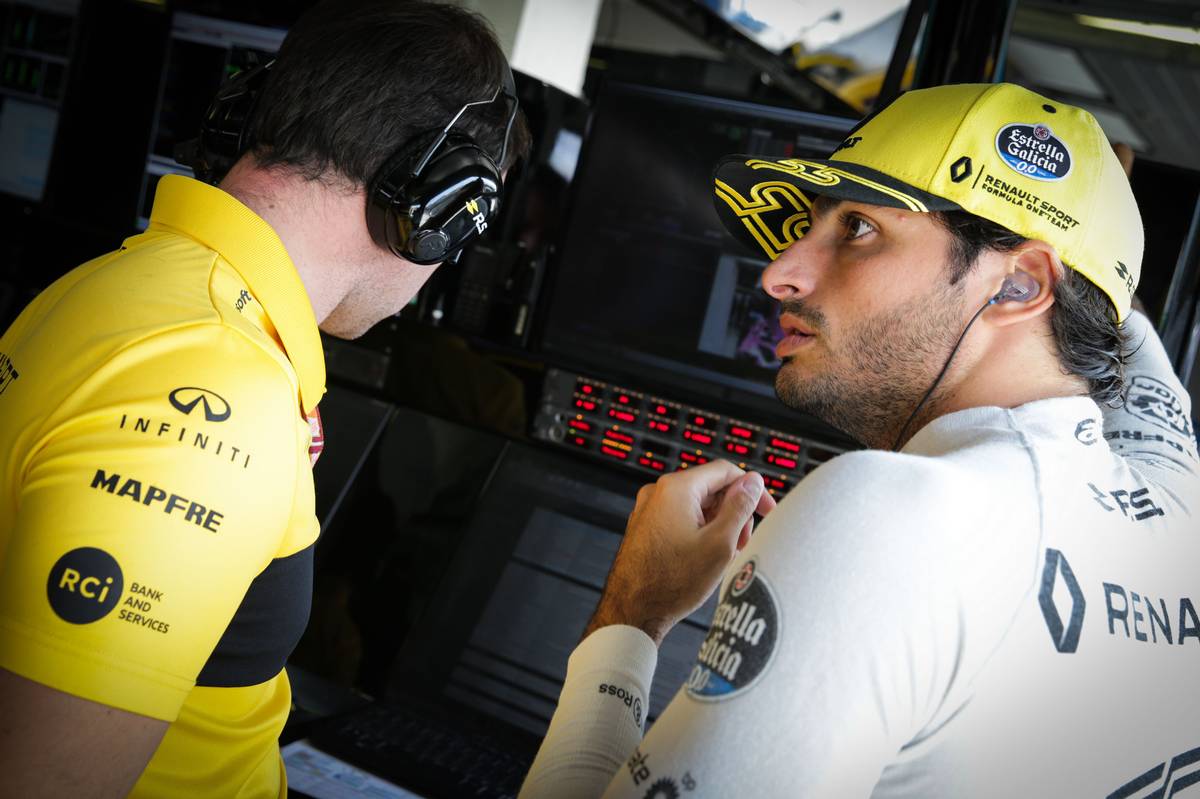 "If Renault makes the mistake of letting Carlos go, he has still earned his place in F1," insisted de la Rosa.

Sainz has been tight-lipped about the prospects of a McLaren move next season.

"I cannot comment on it," he said at a press conference last week. "Nothing changes until my future is decided by Red Bull or if Ricciardo doesn't sign a deal etc. My future is still uncertain and I'm not linked with any other team yet."

De la Rosa himself competed in 104 Grand Prix races between 1999 and 2012 for teams including Arrows, Jaguar, Sauber and HRT. He was a test driver at McLaren for seven seasons and made nine race starts for the team.

He said that his old McLaren colleague Lewis Hamilton continued to hold the upper hand in the title battle at Mercedes this year, despite a strong performance from Ferrari.

"Mercedes is winning where Ferrari should, so the great drama for Vettel is that despite having the best car he has 24 points less," de la Rosa said.

"There's still a long way to go and everything will be decided over details at the last race," he predicted.

Raikkonen keeps up the pace for Ferrari in morning test