The FIA is planning to make a number of minor changes to next year's technical regulations in a bid to improve safety and visibility.

The position of the rear wing is to be adjusted to enable drivers to see traffic behind them, and red LED lights will be added to either end in a bid to make cars stand-out in low visibility conditions.

The current position of rear wings has made it difficult for drivers to use their wing mirrors to check for traffic running immediately behind them on track.

The problem was highlighted in Austria when there was a near-miss between Renault's Carlos Sainz and Ferrari's Sebastian Vettel in qualifying.

It was also an issue last weekend in Spa, when Valtteri Bottas inadvertently forced Stoffel Vandoorne off track on the Kemmel Straight in Saturday's final practice session.

Despite having been told by the team that there was a fast-approaching car from the rear, the Finn subsequently said that he had been unable to see the McLaren in his mirrors.

"I think it is a bit more difficult than it has been," Bottas told Motorsport.com when asked about the issues with the current mirrors.

Under changes currently being pushed through Formula 1's rule-making process by the FIA, the rear wings will be raised by 50mm next year. That will give a bigger window of visibility for drivers to see through in their mirrors.

The rules will also be more prescriptive about the positioning of the mirrors themselves, which will be lower and more outboard, to ensure that teams can't prioritise aerodynamic advantage over visibility. 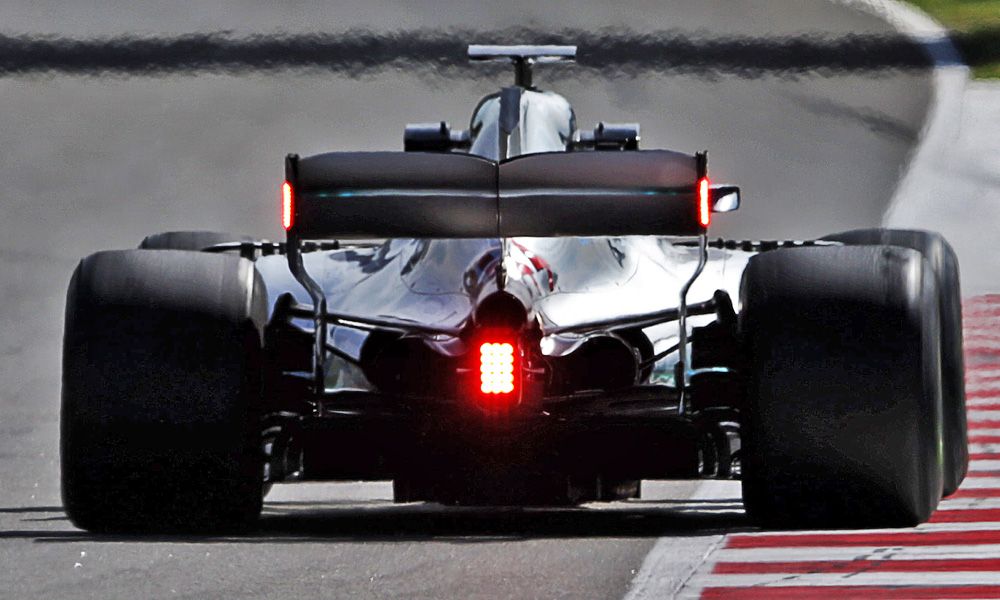 Motorsport.com also reports that the FIA has agreed to add new vertical LED rain lights to either end of the rear wing to help cars stand out in poor weather, including heavy rain when spray can obscure the driver's forward vision of the car immediately in front.

Lewis Hamilton tried the new system out earlier this year in Barcelona during the in-season testing that followed the Spanish Grand Prix. Teams have already unanimously agreed to introduce the modification.

The new rules had initially been planned to be introduced in time for the Singapore Grand Prix next month. However approval still needs to be gained from F1's Strategy Group and the FIA's World Motor Sport Council.

While this sign-off is considered a formality, it means that they won't be introduced until the start of 2019. Other changes seek to improve overtaking by lessening the effect of aerodynamics when cars are running close together on the track.

Among the changes already agreed are a wider and deeper rear wing which aims to make the Drag Reduction System more effective in racing conditions.

Steiner: Haas can sustain performance for rest of 2018