Williams driver Lance Stroll was clearly feeling over the moon after finishing in the points on Sunday for only the second time this season.

"Feeling good is an understatement," he beamed.

The Canadian teenager had started the Italian Grand Prix from tenth place on the grid, after Williams had successfully made it through to the final round of qualifying for the first time in 2018.

Even so, keeping the top ten spot was a big challenge for the team, which has suffered a dire season so far. Stroll previously clinched championship points only once in Baku, while his team mate Sergey Sirotkin had yet to break his duck.

But the team looked in their best form for months at Monza, with Stroll successfully holding on to that crucial tenth spot all the way to the chequered flag.

"I hoped we would score points, but I didn't really expect it," he admitted afterwards. "We didn't expect coming into today we would have the pace to stay there, but we did.

"I am really happy with the job we did today and all weekend. We really nailed it this weekend in qualifying, the race and with the strategy.

"It was one of those weekends where it all just came together. The key was just solid work all weekend and everyone in the team played their part."

The question now is whether this represents a one-off for the team or a genuine turning point in their fortunes.

"I think this track suited us," said Stroll. "But I am still going to be positive going into Singapore.

"Last year we had pretty poor pace in qualifying, so qualified 18th, but finished eighth. There are always opportunities."

It was also a strong outing for Russian rookie Sirotkin, who finished the race in 11th place.

"It was a good race but not good enough," he said. "We had the pace to be in the points but unfortunately, as we saw, I wasn’t the luckiest car with blue flags and where I got them on track. 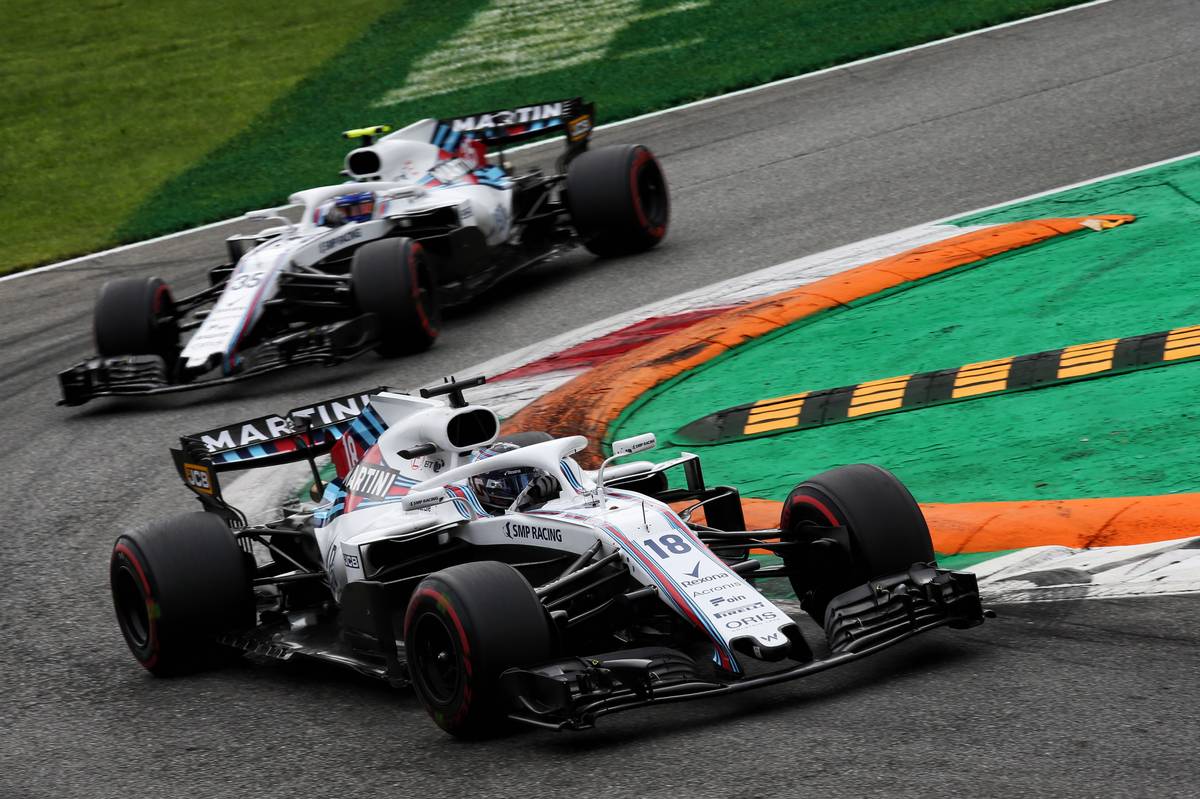 "There was a lot of race time lost there which is a shame. I enjoyed the fight and how the car felt pleased me. It allowed me to participate in a good fight and I really enjoyed it."

Any bad luck Sirotkin might have felt he had in the race was repaid later in the evening when disqualification for Haas' Romain Grosjean meant he was promoted to tenth place, meaning he had finally clinched his first championship point after all.

Stroll likewise gained a position as a result of the FIA's decision, his newly minted ninth place meaning he doubled his points haul at Monza.

"It was a good job by the team and by the drivers," summarised Williams' chief technical officer Paddy Lowe before the news about Grosjean came through. "We were really racing today.

"Unfortunately, we only got points with one car. It would’ve been great to get Sergey off the line on the points table. He drove a superb and faultless weekend, so it was a little bit undeserved.

"Having said that, well done to Lance. He got the better grid position and therefore the better position in the race. He drove an extremely controlled race, overtook when necessary, and got one point.

"Well done to the drivers, and to the team at the circuit and back at base. We’ve been making a lot of developments behind the scenes and I think some of these positive steps are starting to come into play."