Valtteri Bottas had been looking a bit frustrated in recent weeks, as 2018 ticked by without the sort of success that he had been hoping for in his second season at Mercedes.

Having been outshone by Lewis Hamilton in recent outings, beating his team mate to pole position for this weekend's Russian Grand Prix with a final laptime of 1:31.387s was just the sort of boost that the Finn had been looking for.

"For sure it feels good. I've only been once on pole this year, in Austria, so it's been a bit long since last time," he admitted.

"It was a nice lap. In the end I managed to also improve a little bit.

"I'm really happy for sure. But it's really only the first step for this weekend. It's a massively long run from the start line to turn 1 so it's going to be really important to keep that position."

Bottas has a remarkable record at Sochi, even back when he was racing for Williams. He has never started lower than third place here, and last year's race marked the 29-year-old's maiden Formula 1 race victory.

"Coming into this weekend, I knew that normally it's been a pretty good track for me," he said. "Again managed to get some good laps in qualifying and the car just felt really, really strong as the times show.

"The team has done an exceptional job again bringing new bits for this race. We're just step by step improving the car which is going to be really important for the rest of the year with the championship fight."

Hamilton had been favourite for pole heading into the session. However his first lap was 0.004s behind that of Bottas, and on his second run he suffered a snap at turn 7 which forced him to abort the bid to beat Bottas.

"Big congratulations to Valtteri, he's been driving well all weekend and just did the better job," said Hamilton.

"It was intense naturally as it always is," he said. "My last two laps were not so special, but you can't always get it right and at least we're still in the fight for the race tomorrow.

"The team are doing a really good job, so I'm really happy for a 1-2," he said. "We rely fully on the team. The guys do an impeccable job and it's really motivated to see upgrades come, to see the evolution through the year." 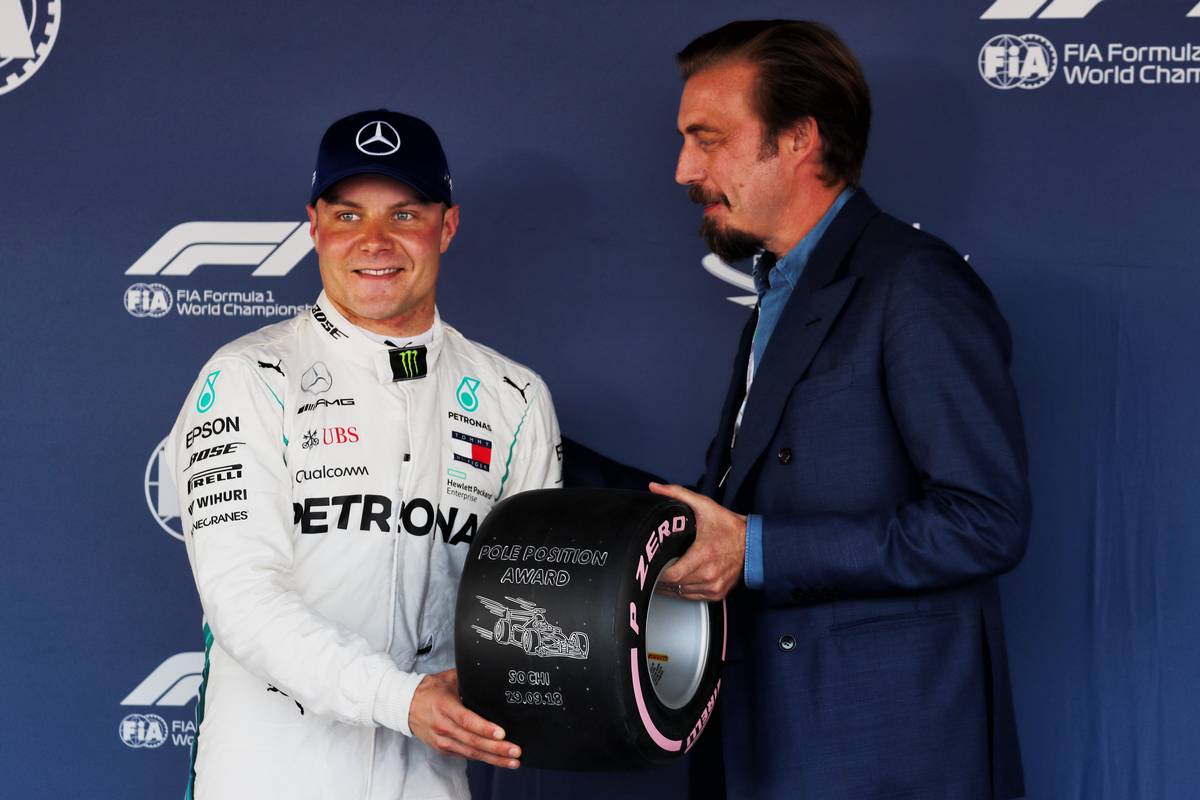 Now the question is whether the Mercedes team will allow Bottas to race for victory, or whether he will be asked to sacrifice a victory to aid Hamilton's championship battle.

"I think he needed some confidence, and that was just what the doctor ordered," team principal Toto Wolff told Sky Sports F1 after the session.

"He knows he needs to extract every bit to beat Lewis and when such a lap comes together that you're so pumped that the adrenalin is coming out of your ears!

"It's going to be difficult to tell him now that he's not allowed to race, after putting it on pole," Wolff admitted. "We're going to have the conversation tomorrow morning and then see how the race is going to pan out."

Last year Bottas started the race from third place but was able to slip stream the two Ferraris ahead of him to take the lead into the first corner. Wolff said he was focussed on making sure that Ferrari doesn't pull off that same switchback on his drivers tomorrow.

"That is the tricky bit here," he agreed. "You need to get a good start and then get as wide as a Mercedes track and hope they're not having a good start or else you've lost the race."