Sebastian Vettel shrugged off the disappointment of Saturday's qualifying session and insisted that he was still positive about Ferrari's prospects in the Russian Grand Prix.

Vettel was half a second off the pace of his Mercedes rivals in qualifying, which is around the same as he had been in FP2 and FP3. That's a big deficit to overcome in race conditions on Sunday.

"We'll see what happens tomorrow," he said. "Obviously it was important to get as close as possible to them, and then we'll see what is true.

"They've been very quick, so we'll see tomorrow. It's a long race. We've seen that the tyres are very important.

"For today I think it should have been a bit closer, the gap, but enough to be a threat."

Vettel said he felt he could have been closer to the pole-winning pace of Valtteri Bottas, adding that he'd been pushing right up to - and over - the limit in qualifying.

"I had a tiny mistake in the last sector," he revealed. "I knew I had to improve by half a second so I had to try, but it didn't work.

"But I'm quite happy. The car felt alright so that makes me quite positive for Sunday."

Vettel is looking to last year's race for inspiration. He will be starting from third place on the grid, which is where Bottas lined up last year. The Finn went on to win the race after slipstreaming the Ferraris in the run down to turn 1.

Now Vettel is planning to do the same tomorrow.

"I hope so," he said. "I just spoke to Valtteri and reminded him of what happened last year so maybe we can turn it around. That would be nice.

"But I think it depends on the start, the initial jump, that's important. And then I think you know where you are and then you see what you can do in the first corner."

"After that it's a long race. A tricky one. But for sure if there's a gap we'll go for it." 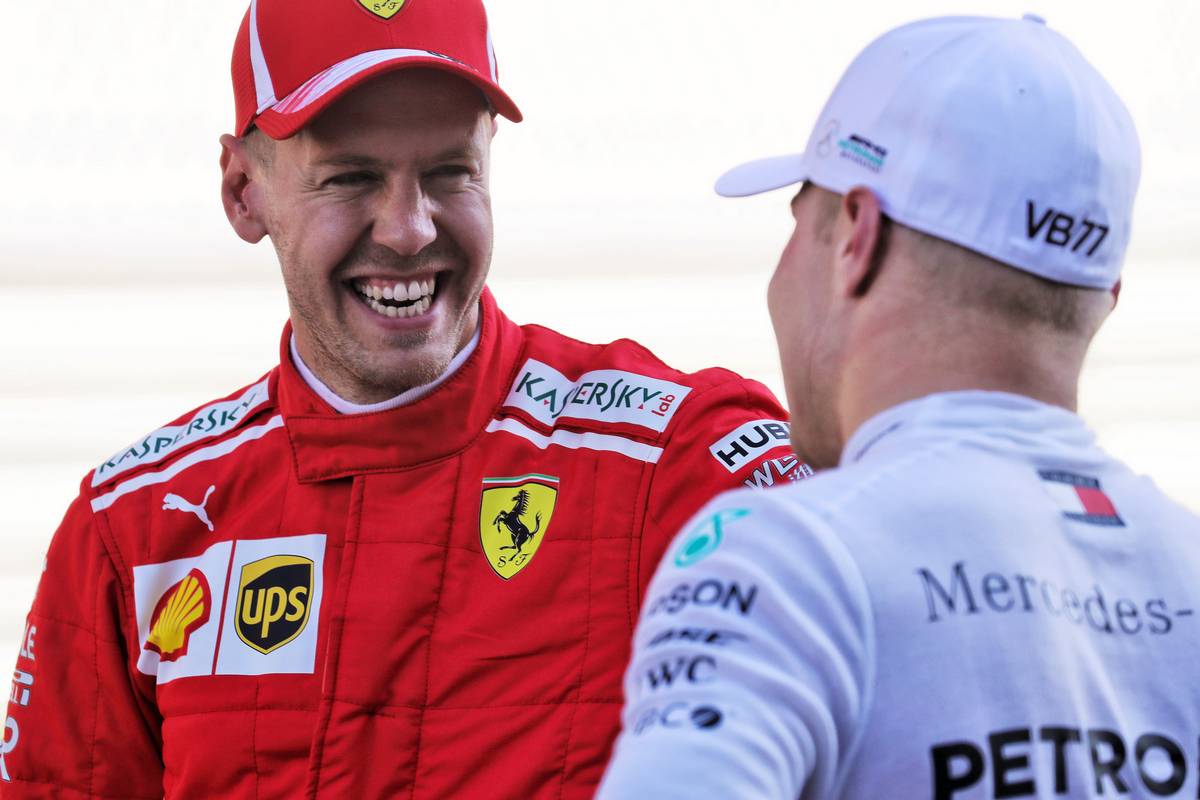 Vettel will be starting on the second row alongside his team mate Kimi Raikkonen, who has already said that he has no plans on merely playing the loyal team mate in his last season at Ferrari.

With just six races to go before he gives up his race seat and heads to Sauber, Raikkonen wants to bow out with more more win to add to his career tally of 20 to date.

However he admitted that it looked unlikely that Sochi would deliver him the chance to do that, given Mercedes' evident superiority so far this weekend.

"It looks like we're a bit behind here," he acknowledged, after finishing 0.850s off Bottas in the final round of qualifying.

"Qualifying was okay but the last lap didn't come together," he said. "The car didn't feel too bad in qualifying, it's just that we were a bit off on the speed."