Kevin Magnussen was happy to hold on to a points-paying position in Sochi on Sunday, after coming out on top in a prolonged battle with his Force India rivals.

The Dane started from fifth place on the grid but dropped two spots in the opening laps before making an early pit stop on lap nine to ditch his short-lived hypersoft tyres.

"It was a tough race," he admitted afterwards. "We didn't quite have enough pace, we were lacking a bit. I think we got all that we could.

The lack of pace was illustrated by the way that Sauber's Charles Leclerc was able to pull off a sweeping overtake around the outside of the long turn 3 left-hander on the second lap.

"Leclerc was way too fast for us. He just overtook and pulled away easily," Magnussen acknowledged.

After that it was a case of holding on to what he could. For the rest of the race he came under sustained heavy pressure from the two Force India drivers, with Sergio Perez and Esteban Ocon trading positions in an effort to see which of them had the better chance of passing.

In the event, neither of them could. Magnussen was able to secure eighth position and a valuable four championship points in the team's campaign to catch Renault for fourth place in the constructors championship.

"Again, we score points!" celebrated team boss Guenther Steiner. "We keep on adding to our account.

"We almost finished in the same positions where we started, counting out the two Red Bulls, who we knew would be coming through the field [from the back of the grid].

"With nobody going out ahead of us at the front, that’s the best we can finish, or almost the best," he said. "Overall, it’s been a good weekend. We’re always thereabouts to score points, and we did today." 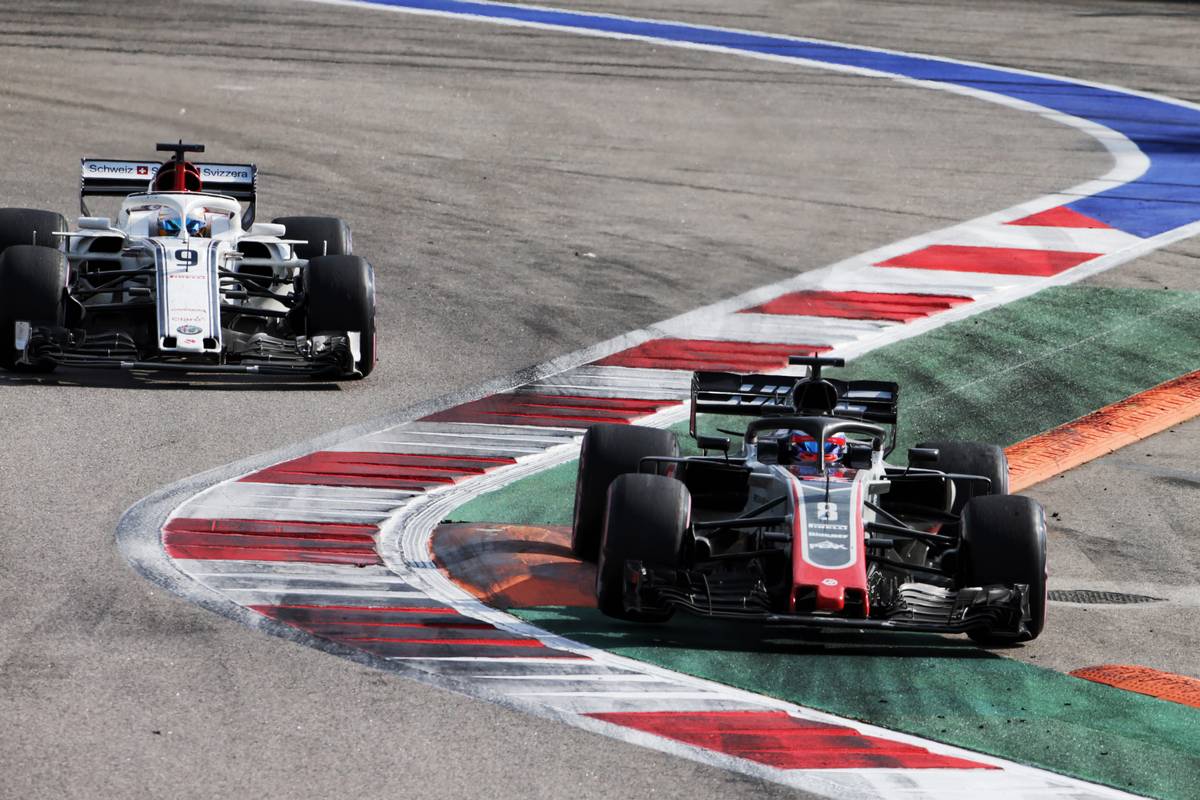 Sadly, Romain Grosjean wasn't able to further contribute to the team's tally after finishing just outside the points in 11th place, having started from ninth on the grid.

“I was very disappointed with that," the Frenchman admitted. "I thought I drove a good race.

"I’d been struggling a bit for pace all weekend, but I felt in the race things got better. I was happy to [...] fight with the Renaults and overtake them. Then I realized I was only P11!

"I guess the Red Bulls started at the back, but after five laps they were already top-six. The Saubers were very fast, and the Force Indias were fast. We all just kept our positions.

"Unfortunately for me, two cars came by," he sighed, already looking forward to better racing fortunes in next weekend's flyaway race in Japan.