Ferrari sporting director Maurizio Arrivabene could soon depart the Scuderia and initiate a new chapter in his professional career, according to Italian media.

The 61-year's name has been mentioned in connection with a management role Italy's celebrated 'Juve', the Juventus football club located in Turin.

The rumor comes at a time when Arrivabene's future with Ferrari could be called into question following the outfit's failure once again to bring back the F1 title to Maranello.

There's a natural proximity however between the Juve and Ferrari with the Agnelli family and its Exor holding company as the common denominators between the two iconic teams.

Earlier this year, Ferrari looked on track to finally inflict a championship defeat on arch-rival Mercedes, with Sebastian Vettel leading the drivers' standings over the summer.

A series of mistakes on the part of team and driver saw the German overhauled in the title fight and then left on the side of the road by Lewis Hamilton.

Sunday's Russian Grand Prix offered another reflection of Ferrari's inferiority, with Arrivabene admitting to his team's inability to properly challenge its opponent.

"Right from Friday, the Sochi weekend was rather a difficult one for us," conceded the Scuderia boss.

"Despite all our efforts to find the ideal set-up, neither on Saturday nor in the race were we competitive enough to worry our closest rivals.

"Compared to the way we performed at other circuits, something was missing here and so we were unable to reduce the points gap."

Sainz puts poor result in Sochi on clash with Sirotkin 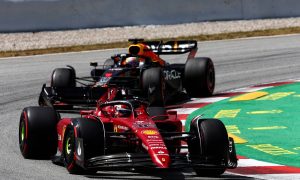 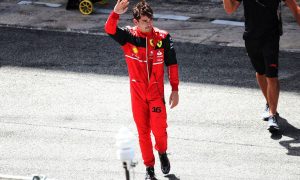