Renault's Carlos Sainz says an opening lap contact with Williams' Sergey Sirotkin put the Spaniard on the back from the outset in Sochi.

Shortly after the start, on the run into Turn 2, the Russian driver found himself sandwiched between the Renault and the Sauber of Marcus Ericsson, the Williams hitting Sainz and inflicting damage to his car's right sidepod and floor

The incident left the Spaniard's R.S.16 deprived of downforce and struggling for pace for the remainder of the afternoon.

"Very tough, very hard to accept after I started better with the softs than everybody with the hypersofts," said Sainz.

"I overtook a couple of them under braking. Then Sirotkin went guns blazing.

"I didn't feel the impact but apparently he touched me and broke all the right sidepod and all the right floor, which was all cracked, and right after Turn 3 I started to feel that the car was not going well and that it would be a long race.

"I was losing I don't know how many points of downforce. The car was oversteering a lot," he added.

"From there it was just a race about trying to stay out, slow down the Haas and the Saubers for Nico [Humlkenberg] to open the gap to them, but even so, the car was so bad that it was very hard.

"I knew perfectly that scoring was impossible with this car," he said. "It was a 1-1.5 seconds slower than I've been all weekend. It was more about trying to help the team.

"I'm sure we could have scored with a normal car. In fact, I think Nico was very close and if you keep in mind I was ahead of Nico after the start I think I maybe I could have held the Haas and Force Indias behind. 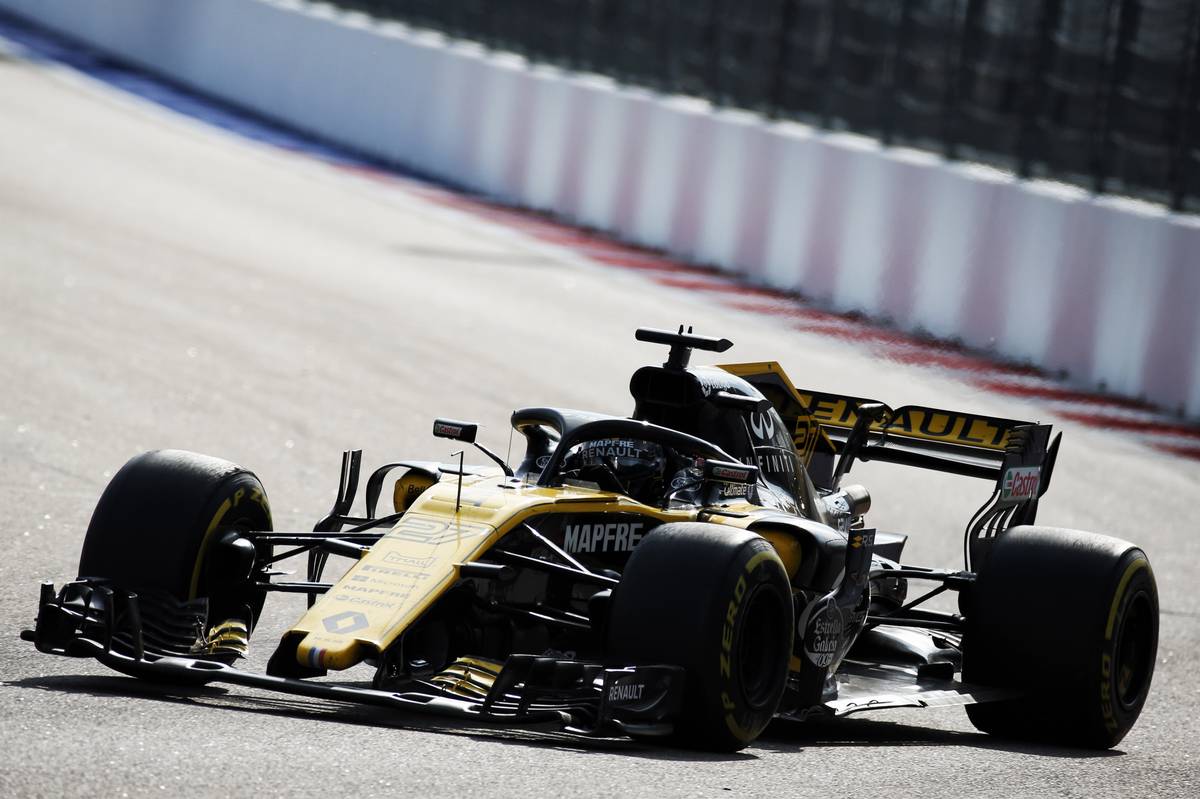 Renault's drivers had purposefully avoided to qualify for Q3 on Saturday to allow the team to have a free choice of tyres for Sunday.

While he stayed out of trouble in Sochi, Hulkenberg's efforts ultimately failed to deliver a top-ten finish.

"Unfortunately, we weren’t able to get the maximum from the strategy today," he said.

"We had a clean race without any incidents and it was positive to be running in P7 for so many laps, but we weren’t able to make the places back after the pit stop.

"We gave it our best shot and converted the alternative strategy pretty well, but we couldn’t make it pay off in the end."

Is Arrivabene about to transfer to another high-profile squad?