Sebastian Vettel defended Mercedes' decision in Sochi to order Valtteri Bottas to move over for Lewis Hamilton, insisting the tactic was a 'no-brainer' in the context of the world championship.

From pole position, Bottas had executed a flawless race, properly outpacing his team mate only to be ordered to cede his position in favour of Hamilton with ten laps to go when the Brit appeared under threat from title rival Vettel.

The controversial decision enabled Hamilton to score his eight win of the season and increase his advantage in the championship to a comfortable 50 points.

Vettel's chances of securing a fifth world title were dealt another blow, but the German fully understand the team tactics deployed by the Silver Arrows squad.

"Well done to both of them, they played together as a team very well," he said.

"In their defence, all the questions – I know you guys love controversy so therefore ask naughty questions to them as individuals, but I think in the position they are it's a no-brainer what they did today.

"Maybe not all the questions are justified."

Despite the 50-point gap in the title fight - the equivalent of two races wins - Vettel vowed to keep his head down and his hopes up, with five races and 125 points remaining on the docket. 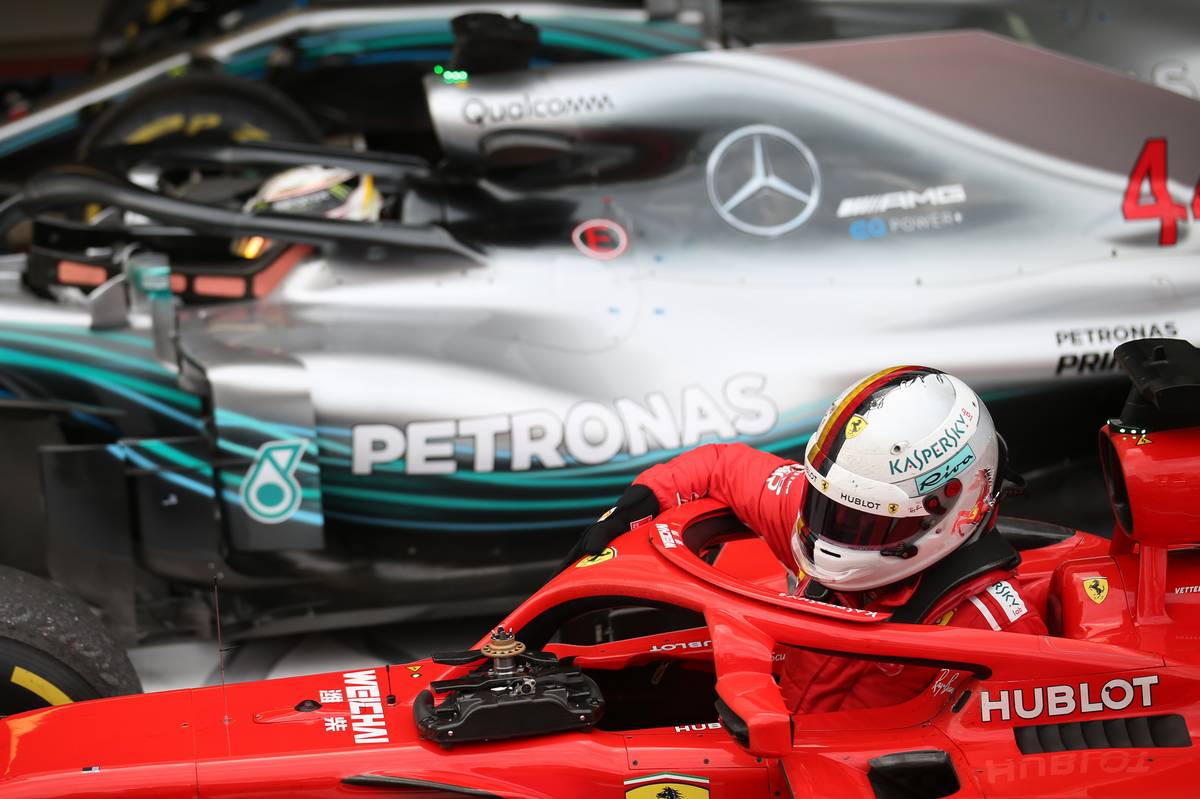 "I'm clever enough, I wasn't a genius in math but I was clever enough to pay attention to make out for myself that it's not getting easier if we lose points," said Vettel.

"We have to be happy with third, and settle with that for today. I still believe in our chance, yes. Obviously it's not getting bigger if you finish behind but who knows.

"It takes one DNF and all of a sudden things look different. Ideally two! Which I'm not wishing to Lewis, but you never know what happens," he added.

"We need to stay on top of our game, which maybe we haven't been completely this weekend, and make sure from where we are now we focus on winning the last races."