Former F1 driver Thierry Boutsen is sad to see Stoffel Vandoorne lose his seat in F1, but believes his countryman just didn't perform well enough to remain on the grid.

Vandoorne's credentials in the junior categories of motorsport, and notably in GP, a championship he won in 2015, suggested a bright future for the Belgian in F1.

His nomination as a full-time McLaren driver in 2017 held much promise but it all went downhill at the outset as the Woking-based outfit lost its way, plagued by technical issues and poor execution.

Yet for Boutsen, Vandoorne failed to meet expectations, especially relative to his team mate Fernando Alonso.

"It's very simple, Stoffel had the chance to drive for two years in Formula 1 but was unable to demonstrate what he could do for a variety of reasons," Boutsen told Belgian broadcaster RTBF.

"He should have at least shown that he was as fast as his teammate, but Fernando Alonso was always a good half second ahead each time.

"There are several explanations, but whether it is driving or technical problems it doesn't matter. Stoffel had two seasons to show his talent and he did not succeed."

A veteran of 163 Grands Prix, Boutsen knows all too well that F1 takes no prisoners.

"It saddens me because Stoffel has the talent to be there, but F1 is like that. Drivers are like Kleenex -- use them when they're good and as soon as they're not, throw them out." 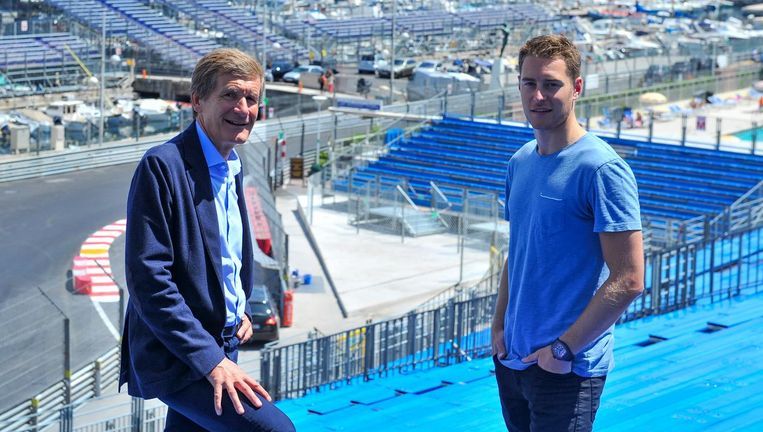 The 61-year-old, who founded and manages a very successful aviation company in Monaco, believes Vandoorne's mindset was likely dealt a crucial blow at some point, which impacted his confidence.

"From the moment it doesn't work as you expected, you start to ask yourself questions and worry," he explained.

"But I think if Stoffel starts winning races in Formula E he will become psychologically stronger, so maybe he could come back to F1.

"He came in once so why not a second time? It depends on him," Boutsen added.

Vandoorne will hopefully head to greener pastures later this year when he opens a new chapter in his career with the Mercedes-affiliated HWA team in Formula E.

But the Belgian could also conduct simulator work for the Silver Arrows squad at Brackley, a task that would allow him to remain in contact with F1.

Wolff explains why he's guarded ahead of the Mexican GP

Sergio Perez heads to 'the highlight' of his season