Sam Bird was the fastest man in action on Sunday as Formula E cars once again took to the streets of Saudi Arabia for a post-race test day.

The Virgin Racing driver's afternoon time topped out at 1:09.668s, a new unofficial track record. It was almost nine tenths of a second faster than his team mate Robin Frijns managed when he topped the morning stint in the same car.

Reigning champion Jean-Éric Vergne was second quickest overall for Techeetah, his fastest lap proving to be 0.113s behind Bird's best and the only other driver to dip below the 70 second mark.

Oliver Rowland was third fastest for Nissan e.dams, 0.483s slower than Bird on the 1.5-mile, 21-turn Ad Diriyah street circuit. His team mate Sebastien Buemi completed more laps than any of the other full-season drivers taking part on Sunday.

HWA's Stoffel Vandoorne was next best. The former McLaren F1 driver completed the most laps of the afternoon but also triggered a late red flag when he stopped on track, bringing the day to a slightly curtailed end.

Jaguar's Mitch Evans was fifth quickest followed by Swiss driver Nico Muller. However the Audi driver also sparked a red flag when he crashed during the morning session. A sensor failure added to the delay before his eventual return to action.

Seventh fastest was Venturi's Edoardo Mortara who had taken over from Felipe Massa at lunch. Saturday polesitter Jose Maria Lopez was next in the Dragon, followed by Jerome D’Ambrosio who was ninth fastest for Mahindra Racing.

"Super positive day testing the Venturi FE car," she subsequently posted on Twitter. "Thanks [Felipe] for lending me your car.

"We had a big testing plan to go trough and learned a lot. Unfortunately no qualy mode run for us today but times were strong on 200kW! Thank you team!"

Under the series' rules to promote more female drivers, teams had been offered extra test slots if they gave a woman driver a chance to run on Sunday in addition to their regular male drivers. Only Audi and Jaguar decided not to take advantage of the extra slots for running female drivers, and struck to running just one car during the test.

As well as de Silvestro, Carmen Jorda was in action for Nissan e-dams after taking over from Rowland, and Pippa Mann took over from Lopez at Dragon. Tatiana Calderon stepped in at Techeetah and ended the day 12th fastest with a lap of 1:12.229s putting her just behind Buemi. 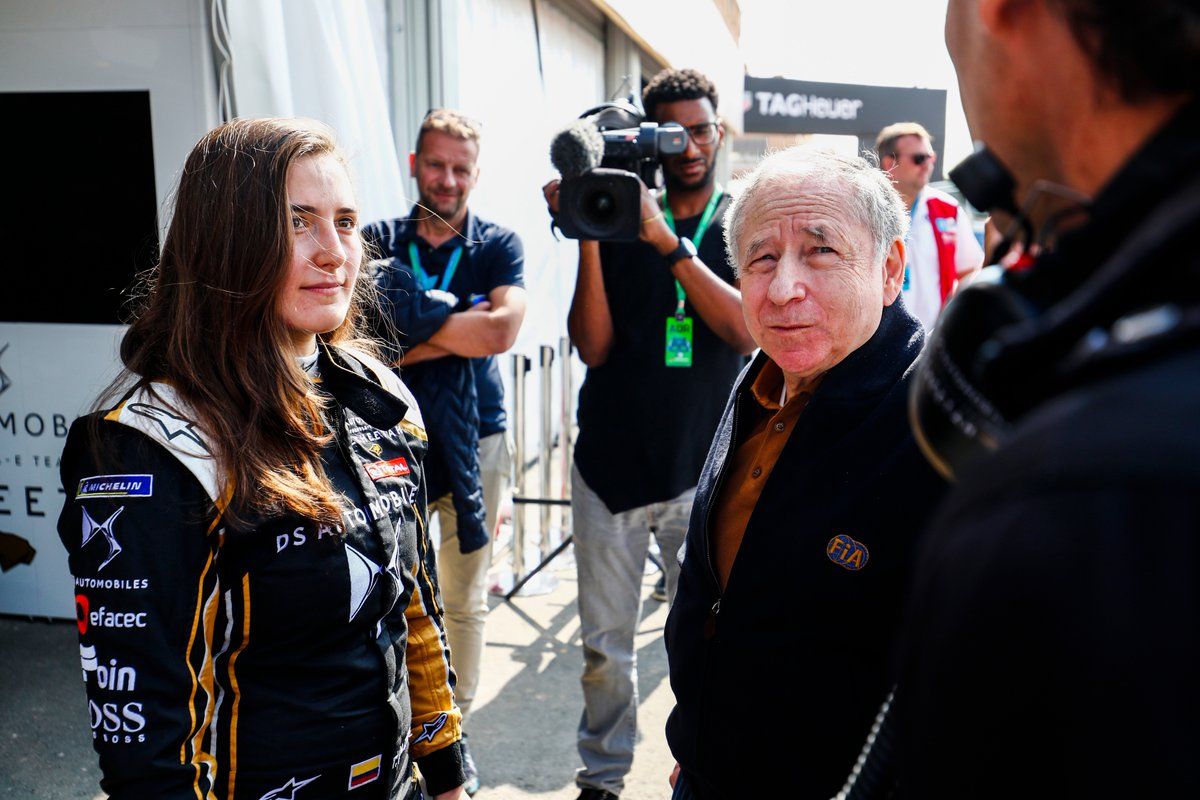 Jamie Chadwick missed out on most of the morning session because of a battery issue on the NIO, but went 14th fastest after the midday break. Dutch racer Beitske Visser also had a battery issue with her car, which meant she shared Alexander Sims' BMW in the afternoon.

Katherine Legge took over at Mahindra in the afternoon and was 16th fastest for the day with a best time of 1:13.042s. That put her ahead of Dragon's Maximillian Gunther (who had crashed midway through the morning session) and HWA's Carrie Schreine.

Amna Al Qubaisi had earlier triggered the first red flag of the morning when she touched the barrier at turn 6 with the rear of her Virgin machine, breaking the driveshaft and ruling her out of the afternoon session.

Another red flag in the afternoon was down to NIO's Tom Dillmann crashing at turn 3 with an hour remaining on the clock, having taken over driving duties from Oliver Turvey over lunch. Dillmann still finished the day 13th fastest.

Alonso believes busy year kept him on top at McLaren