Bernie Ecclestone believes 2019 will finally be Ferrari and Sebastian Vettel's year even if Lewis Hamilton remains the outright favourite for the world title.

Ecclestone views the changes implemented earlier this year at the Scuderia as positive, with Mattia Binotto no at the helm of the House of Maranello.

"Maurizio Arrivabene tried to change a few things but he wasn't aligned with the people inside Ferrari," said the former F1 supremo in an interview with Italy's Corriere della Sera.

"Mattia Binotto is very different, he has been working there for 25 years. He understands the company and the people he works with, and makes decisions quickly."

The 88-year-old former boss of Formula 1 is close friends with Vettel, with whom he frequently talks, and sees the German finally 'bring it home' this year.

"We are friends, we talk and we exchange advice," he added. "We spent the New Year together in Switzerland."

"I believe that this time Ferrari will win, with Vettel. I feel happy about the atmosphere in the team and about the car. Although Hamilton is the favorite.

Bernie views Vettel as one of the smartest drivers on the grid, but he encouraged the German to open up a bit more.

"He's very intelligent, he has many interests in every field," said Eccelstone.

"But he's reserved. As soon as the race is finished, he returns home to his wife and children. It's all the opposite of Lewis.

"Do you know what I suggested to him? To open up more, to show that he's different from what it looks like [from the outside].

"You can trust Seb, he's a 'real' person. I trust him blindly, I would give him a blank check." 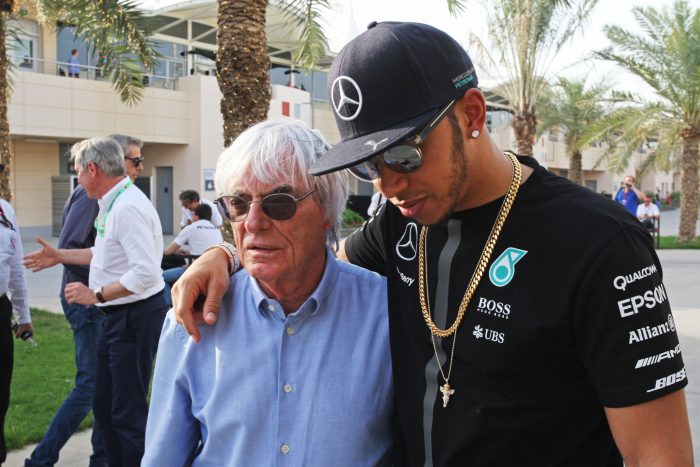 Vettel's rather muted persona does indeed contrast with the flamboyant style of his arch-rival Lewis Hamilton, a character which represents the best and worst for F1 according to Ecclestone.

"The best because he knows how to promote the sport like no other and the worst because he takes away the attention from F1 to move it on himself.

"He isn't doing anything wrong, but the other drivers have to wake up and show their personality."

Perez: 'Stroll can guide the team quite nicely'