The 5.30 km street circuit has the feel of a natural road course however, but with few true straights where top speeds aren't as high or frequent as on the majority of F1's other tracks.

As usual, a car's top velocity in qualifying trim is determined by its engine output and downforce settings, with the latter usually the predominant factor.

At the other end of the spectrum, Williams' Robert Kubica - also a Mercedes-powered driver - clocked in at just 314.6 km/h which tells us pretty much all we need to know about the lack of aerodynamic efficiency of the FW42.

However, Ferrari's Sebastian Vettel, who qualified third on Saturday 0.714s behind poleman Lewis Hamilton, was also a laggard through the Albert Park speed gun, a relative weakness that likely points to a high downforce set-up on the German's SF90. 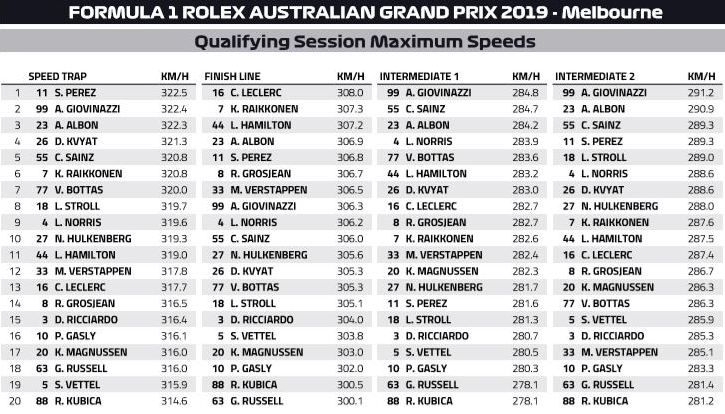 'Fundamental' flaw of FW42 could mean another dismal year for Williams