Valtteri Bottas admitted that Mercedes' double-stack pit stop in last Sunday's Chinese Grand Prix was a cause for concern, although in hindsight it was definitely the right call.

The Silver Arrows squad elected to bring in Lewis Hamilton and Bottas for a second tyre change on lap 36 to maintain the pair's leading margin over Sebastian Vettel and Max Verstappen, and fend off potential undercuts on the Finn from the Ferrari and Red Bull drivers.

However, in order to ensure that the running order at the front would remain unchanged, Mercedes opted to bring its drivers in on the same lap, a decision that produced an anxious moment for Bottas who feared the move was a risky proposition.

"I was very concerned," said Bottas. "You know you're going to lose time being the car behind, but it was due to the start that I was in that position.

"I was questioning the team – if I could stop later, or carry on without stopping – but there was too big a risk in terms of tyre life, if we can make it or not."

The Finn also believed that an alternative strategy could perhaps hand him an advantage relatve to his team mate.

"I was questioning because if I could do something different, other than stopping behind Lewis, that was going to be my only chance to win the race.

"I knew if we were coming in, that's going to be pretty much it unless something crazy happens.

"But I'm glad the stop went well. I lost some time, but minimal, so the team did a good job on that.

"And now, seeing all the data just briefly, from the team's point of view I think it was definitely the right thing to do, to make sure we were going to be one-two.

"For me, I maybe wanted to take the risk but now, looking at it, I don't think the tyre wear would have been enough." 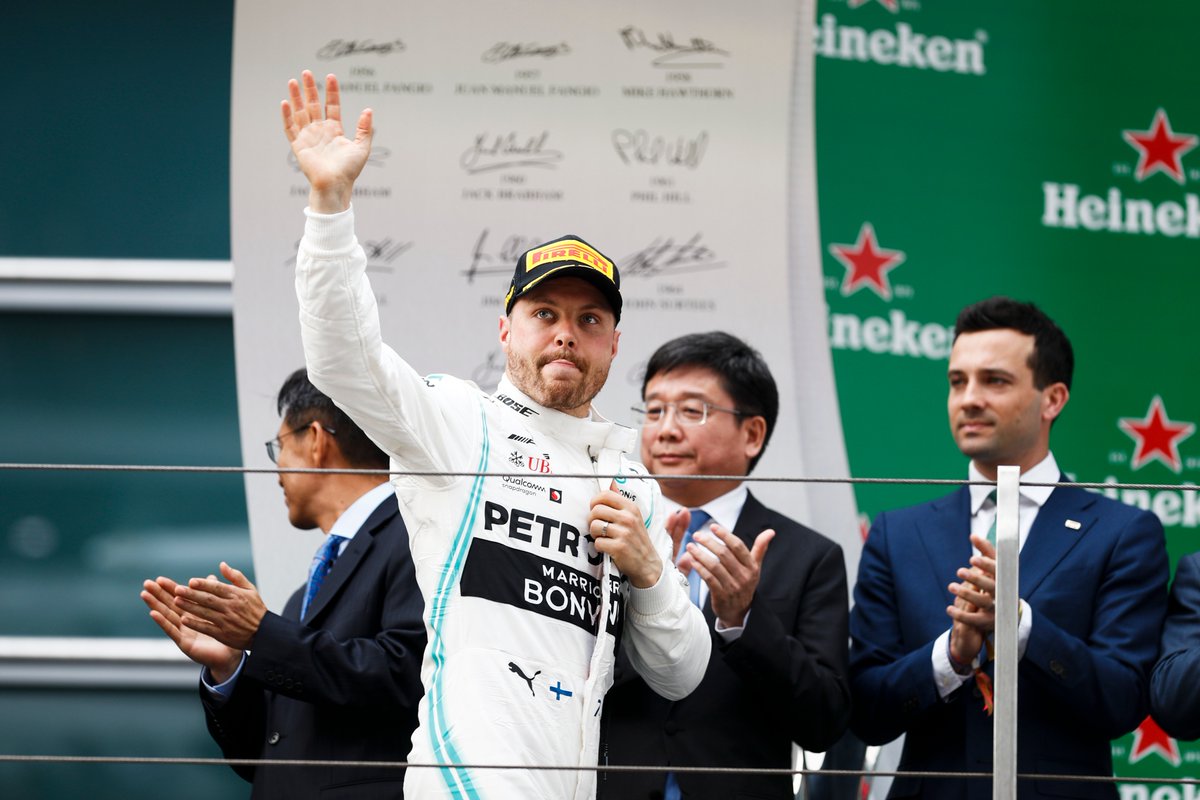 In the end, the double-stop was perfectly coordinated and executed by the Mercedes' crews, with Bottas losing just half a second on Hamilton.

"So we didn't want to interfere with the order, so that's why we decided to stack.

"We knew we just about had the gap to stack them properly and gave the commitment to Valtteri that we wouldn't lose him any time, and it was really impressive how the guys did it."

Scenes from the paddock - Shanghai