Sebastian Vettel says tyres remain a concern for Ferrari following its recent under-performance, but the German is still hopeful of a strong showing on the streets of Monaco.

The Scuderia's hopes of confirming its pre-season status as clear favourite were dashed at the outset, with Mercedes trouncing the Italian outfit in Australia and then tagging on four successive wins for good measure.

Ferrari hasn't put its finger on a specific weakness of its 2019 contender but as has been the case for several teams this year, tyres are a main area of interest.

This year, in a bid to avoid the over-heating and blistering issues it encountered last season, Pirelli's tyres are built with a thinner tread structure that has clearly reduced the rubber's optimal working window. And that restriction is challenging teams.

Last week's in-season test in Barcelona provided Ferrari with an opportunity to further understand its struggles, and while progress was made, Vettel remained cautiously optimistic ahead of this weekend's Monaco Grand Prix.

"Obviously we tried to explore with a bit more time certain setups and so on, and I think we made a little progress, but overall the gap was quite big at the last race," explained the German on Wednesday.

"For here, it is difficult to predict because it is such a different place and unique place. You would assume that this type of corner would really suit us given the last couple of races.

"But I don’t see why we shouldn’t have a good race. I think historically the last races [in Monaco] have been quite good for us, so I am fairly optimistic and am looking forward to getting back on track." 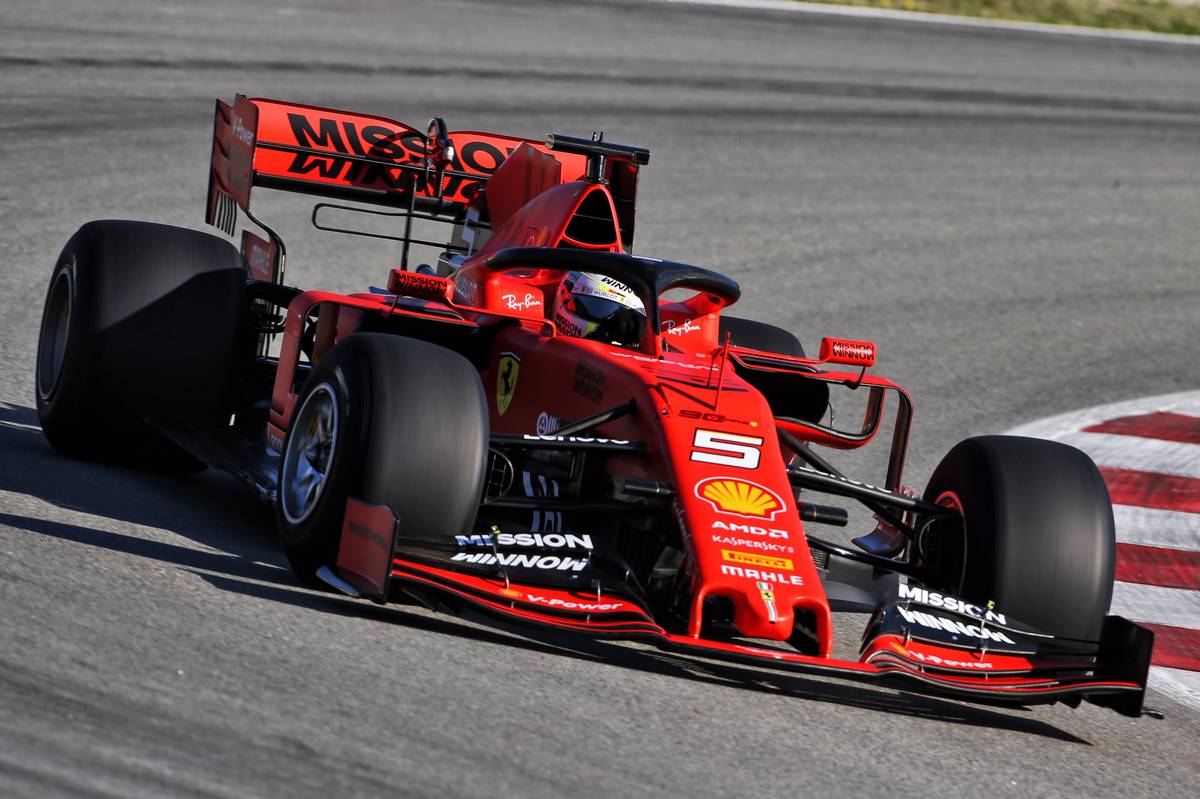 While tyres remain a bone of contention for the Scuderia, Vettel insisted they didn't explain the full extent of Ferrari's recent deficit to Mercedes.

"The tyres are different this year and it looks like we are struggling a bit more than others. To be completely honest, the tyres are very sensitive and extremely difficult to understand," Vettel said.

"I think it is a combination of things. Our car is not quick enough, and that is something we have learned more than once and this might trigger that you don’t find yourself in the right place of the tyres.

"The window, unfortunately, is so small and extremely small to hit, and you can sometimes see big differences in time across the same driver or inside the same team, which sometimes you struggle to understand.

"Obviously there is lot of engineering power and science to try to overcome all these random scenarios, but there maybe people understand a little bit more than we do currently.

"But as I said, with the tyres, as with the car, we try to understand more and more, which will hopefully help us ideally tomorrow, but also in the next weeks for sure going forward."