F1 managing director Ross Brawn believes Ferrari is losing its grip on the 2019 season after a Monaco weekend in which it was outperformed by both Mercedes and Red Bull.

Sebastian Vettel's runner-up spot behind Lewis Hamilton in the Principality came courtesy of a time penalty handed to Max Verstappen who was second on the track at the end of the 78-lap race but classified P4.

While Vettel ended Mercedes' consecutive runs of one-two finishes, Brawn was anything but impressed with the Scuderia's performance.

"It was a difficult weekend for Ferrari, although it ended with their best result of the year," said the Brit in his post-race debrief.

"However, Sebastian Vettel’s second place came at the end of a race in which he didn’t play a key role, sitting behind Verstappen throughout but unable to really worry the Dutchman.

"It reflected a weekend during which the Scuderia was the third strongest team.

"That was predictable given what we saw in Barcelona, where the car struggled, especially in the third sector of that track.

"The season seems to be getting away from the Maranello team, but it’s not the time to give up and it must learn from its mistakes if it wants to move forward."

A major blunder on the part of Ferrari was its strategy error in qualifying that put Charles Leclerc out of contention at the outset in Q1.

Starting from a lowly P15 on Sunday, the Monegasque's task was always going to be monumental, yet Brawn considered that Leclerc only had himself to blame for his early demise from his home race. 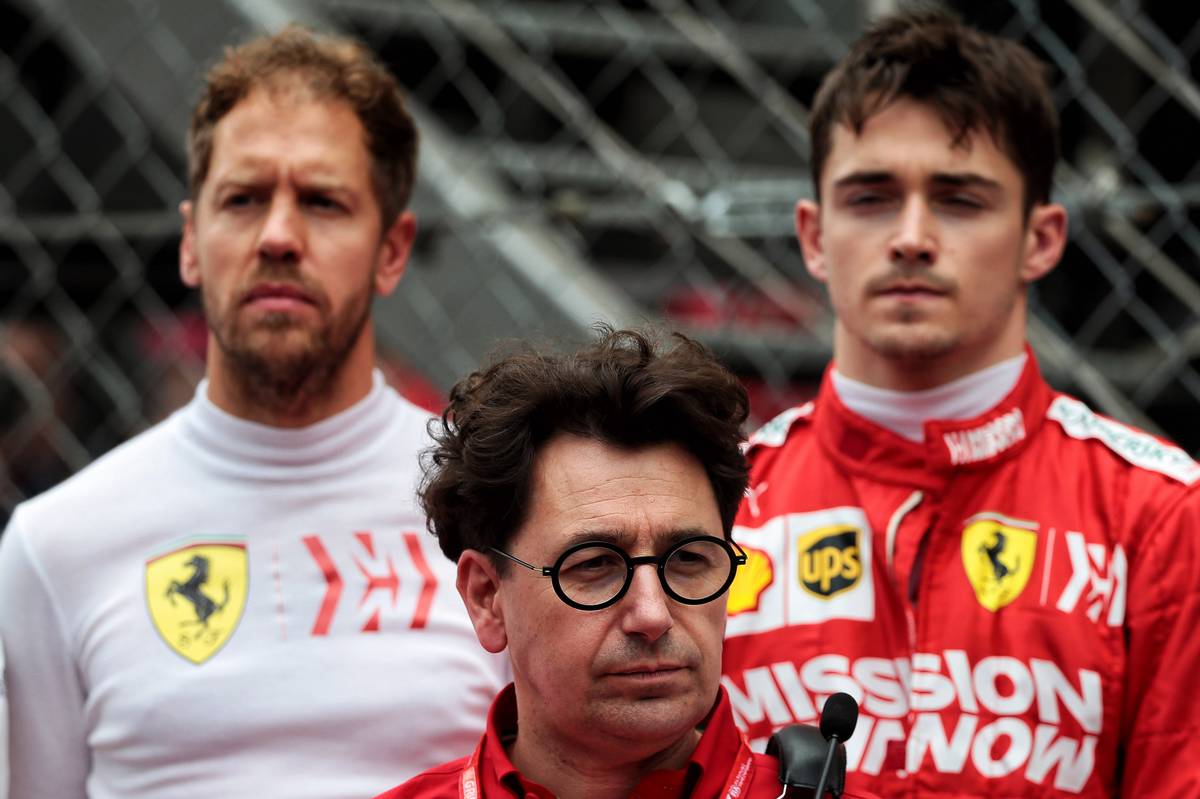 Blasting off the grid with the bit between his teeth, the 21-year-old immediately gained a few spots but stumbled on his own carelessness when he tried to overtake Renault's Nico Hulkenberg at La Rascasse, a move that ended with a contact and a damaged floor for Leclerc.

"Leclerc for a handful of laps, he was truly spectacular. Then Charles went too far and paid a high price for his impetuousness," added.

"His reaction was understandable, however. It’s his home race and his first attempt at it with a front-running team. It was supposed to be a special moment but it ended only in disappointment.

"After some problems on Thursday, Saturday morning’s final practice session offered a ray of light when he topped the timesheet.

"But then came the slap in the face of that Q1 strategic error – which Mattia Binotto fully admitted was a team miscalculation – and he dropped all the way down to 16th, a starting position that led to him overdoing it on Sunday."

Ferrari stocks up on medium tyres for Montreal