Despite its need to play catch-up to arch-rival Mercedes in the F1 world championship, Ferrari has opted for a conservative tyre choice for the upcoming Canadian Grand Prix.

Pirelli's selection for Montreal - a notoriously smooth tarmac track - is predictably on the soft side with F1's tyre supplier bringing its three softest compounds to the Circuit Gilles Villeneuve.

Ferrari and Red Bull have each set aside seven sets of the red C5 rubber while Mercedes' drivers will have eight sets of the soft tyre at their disposal.

Sebastian Vettel and Charles Leclerc will rely on just one set of the hard tyre, but on five sets of the C4 medium compound.

Lewis Hamilton and Valtteri Bottas have staggered their hard and medium choices, but have allocated to themselves an equal number of the soft tyre, with eight sets each.

Today's programme on track with @ScuderiaFerrari and @redbullracing at @PaulRicardTrack was focused on the development of both intermediate and full wet tyres for 2020, with 27° track and 21° air. #Fit4F1 pic.twitter.com/N7yrtgs6h8

Additionally, McLaren, Toro Rosso and Alfa Romeo have all three loaded up on Pirelli's red-rimmed softs, with each driver banking on nine sets.

Regarding Ferrari and Red Bull, both teams are on tyre testing duty this week, running at Paul Ricard today and tomorrow with Vettel, Leclerc, Pierre Gasly and Max Verstappen and putting Pirelli's 2020 wet compounds through their paces. 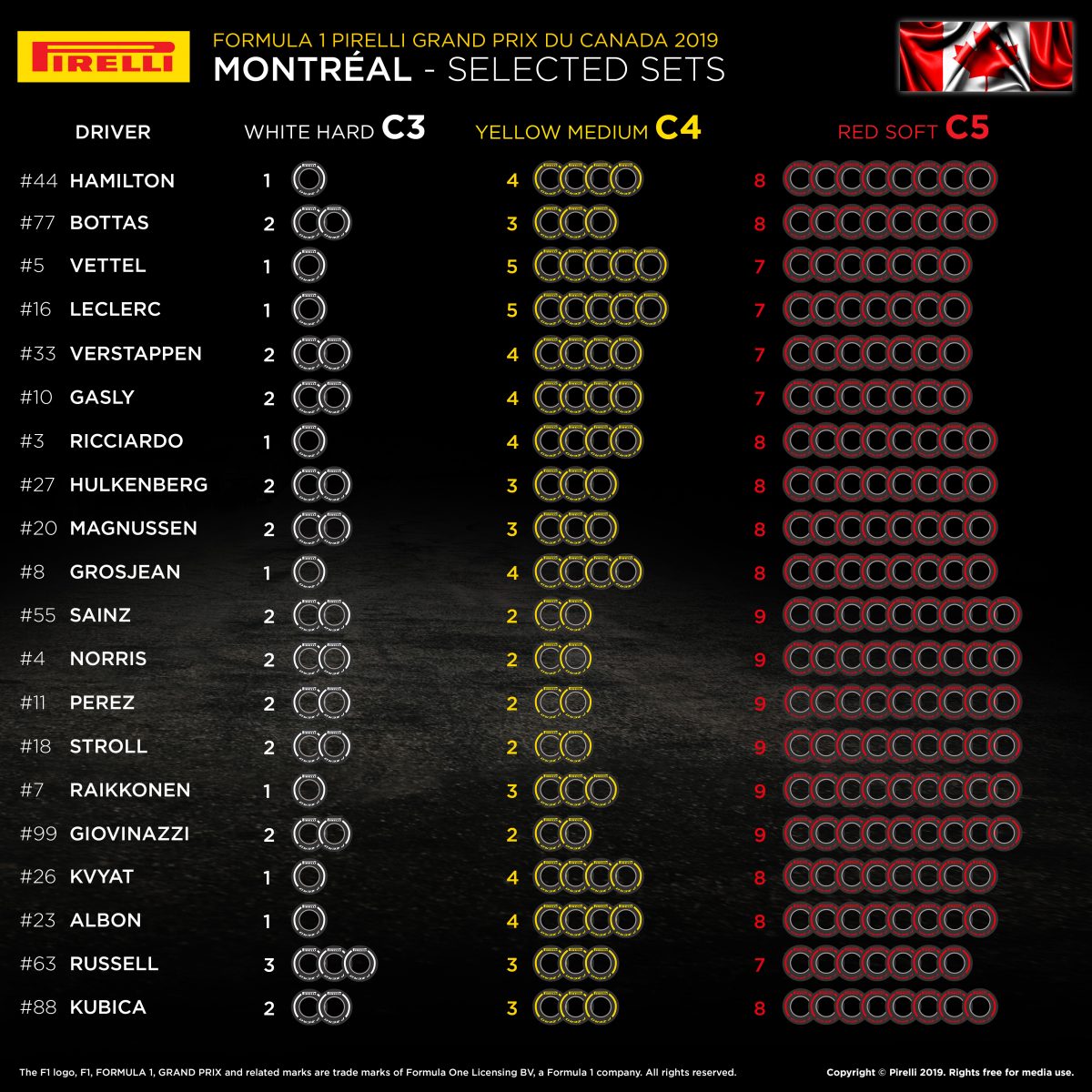 Brawn: The season seems to be getting away from Ferrari