Valtteri Bottas denies the pressure is building on himself after another race weekend in which he underperformed relative to Mercedes team mate Lewis Hamilton.

The Finn endured a disappointing few days in Montreal, with a mistake in qualifying that set him back to P6 on the Canadian Grand Prix grid and difficult afternoon on Sunday that he concluded in fourth position, having never been a contender for a spot among the top three.

Asked after the race whether he felt under pressure after being comprehensively outperformed by Hamilton in three consecutive races, Bottas denied feeling any particular stress.

"I have no pressure," he said. "I’m happy about the situation, how things have been going since the start of the year and really enjoying it.

"Yesterday I made a mistake and at the end of qualifying I was maybe trying too much to recover, but that can happen.

"I wouldn’t say that anything from the last couple of races had anything to do with pressure, including this weekend, so I can’t confirm that.

"I don’t think that’s what happened and I can say there’s no pressure."

However, the Mercedes driver admitted that his fourth-place finish in Canada was nothing to write home about.

"For sure I can’t be too satisfied with P4," he added. "At least I made up a couple of places and also got the extra point for the fastest lap – that is positive.

"The beginning of the race was tougher than what I was hoping for, I lost one position after being boxed in in Turn 2, then there was a bit of a train of cars with DRS in the beginning and I was quite a bit limited by engine overheating and also brake overheating, so I couldn’t really get close enough to push past. 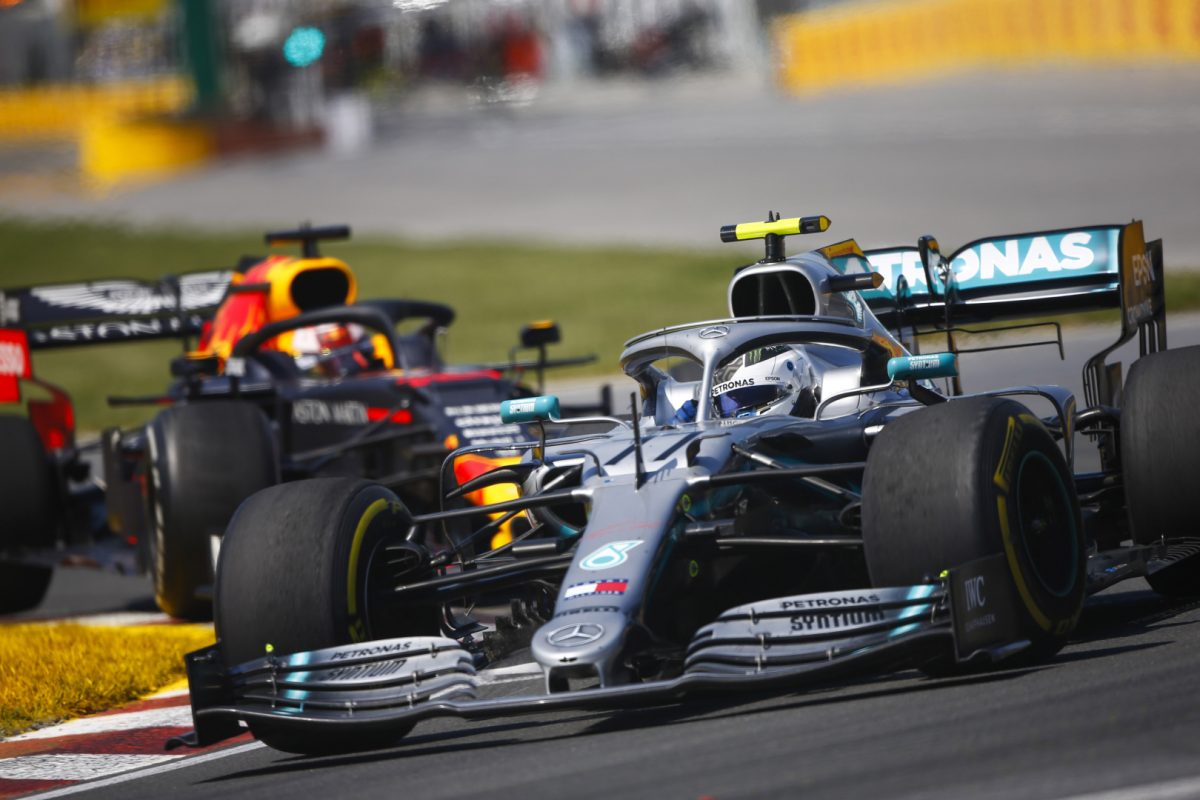 "I was kind of just waiting for the opportunities and eventually they all boxed.

"By the time they stopped I had already lost a lot of time for the top three cars and then I was OK in clean air.

"It was OK, no big issues, the second stint felt quick but everything came down to what happened yesterday. That’s how it is."

Following his switch to the hard compound tyre after 30 laps, Bottas caught up with Renault's Daniel Ricciardo but struggled for several laps to get the measure of the Aussie as the pair duked it out.

"It was actually a pretty good fight with Daniel," he said.

"Sometimes he was defending quite at the limit of the regulations, because he was kind of waiting for me to make the move and then he would kind of block me after, at pretty high speeds.

"I wasn’t complaining, because I like hard racing, so it was on the limit. It was some good defending from him and definitively didn’t make it easy for me to get past. But it was all OK."

Ricciardo 'had some fun' holding off Mercedes' Bottas

Norris at a loss to explain sudden McLaren failure