Daniel Ricciardo delivered to Renault its best result of the season by finishing sixth in Sunday's Canadian Grand Prix, a race which saw the Aussie spar with Mercedes' Valtteri Bottas.

From fourth on the grid, Ricciardo held his own at the start to run a consistent race that put him in contention for a spot among the top five after the races early pit stop rotations.

The Renault driver was sitting fifth mid-race when Bottas crept up from behind after the Finn's own switch to the hard compound.

The pair battled for several laps, with Ricciardo rejoicing in fending off a Mercedes for the first time this season.

"Probably the most positive thing was holding off Bottas for so long and just being in that fight with a Mercedes for a few laps. That was cool," the Aussie told Autosport.

"When he came up behind me I thought he was going to get me easily. I was going to try to defend for one lap but if he got me I wasn't really going to fight to the edge.

"But I kind of held him off for one lap and then saw in my mirrors 'maybe he'll start to hurt his tyres' a bit.

"So from that point I was like 'let's have some fun'. I think I hurt my tyres a bit doing it but it was worth it.

"I didn't think I'd hold him off for that many laps.

"By that point you could tell he was getting a bit agitated and I was just enjoying it, enjoying making life difficult." 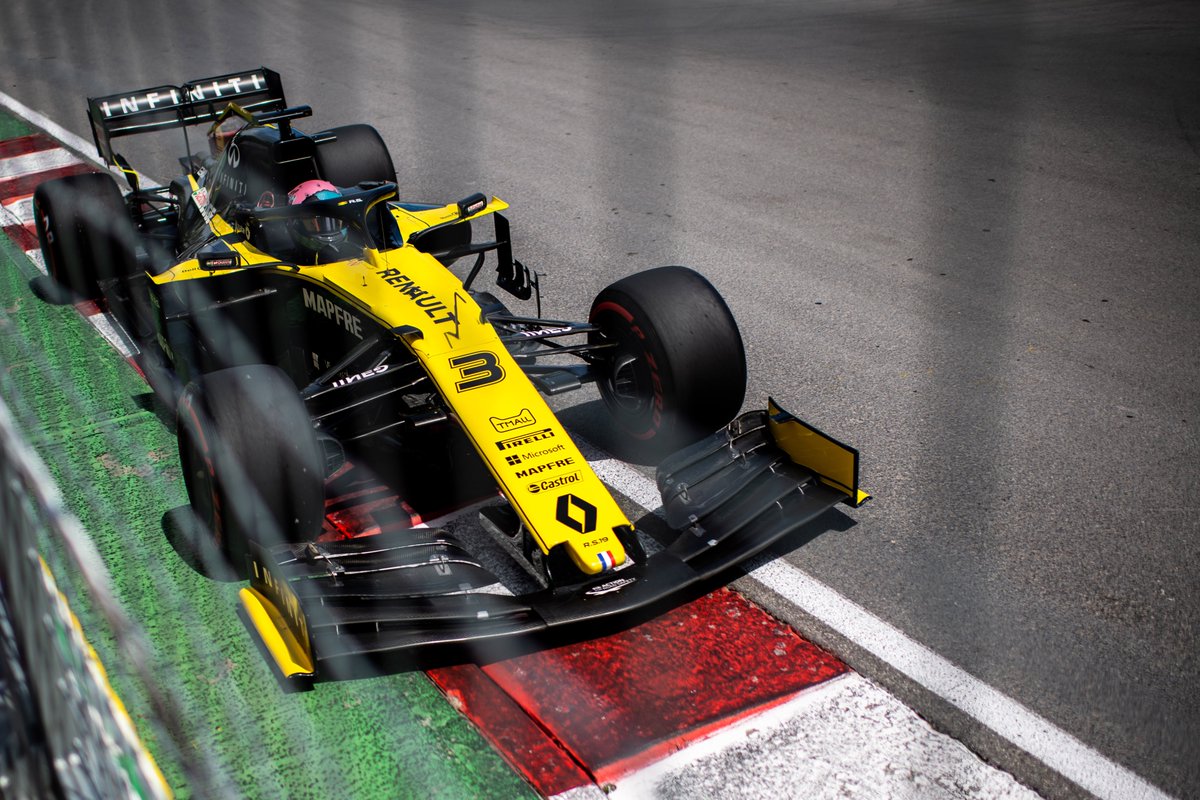 After Bottas finally cleared Ricciardo, the Renault driver had to contend with former Red Bull team mate Max Verstappen, but the Dutchman's tyres decided the fate of that battle.

"I would've have loved to have done it with Max as well but he was coming with too much pace at the end with that tyre [the soft compound]. He got me very easily."

Assessing his afternoon in Montreal, Ricciardo insisted his fight with Bottas was a testimony to the strong progress recently achieved by Renault's engine.

"What showed was that even when he had DRS we still had pretty good straightline speed," he said.

"I feel there we've bridged the gap a lot. There's still a lot of work to do but it's looking good."

Bottas not feeling pressure but not 'satisfied' with P4