After a two-year drought Nissan's Sebastien Buemi was back in the winner's circle in Formula E thanks to a run from pole to checkered flag in the first race of the New York E-Prix.

Buemi's triumph in the chaotic but closely fought race kept the Swiss driver in contention for the championship thanks to the disastrous afternoon endured by series leader Jean-Eric Vergne.

Buemi capitalized on his pole position to put himself in charge from the outset but behind, Dragon's Jose Maria Lopez was turned around by Virgin Racings' Sam Bird, and chaos endued at Turn 7.

DS Techeetah's André Lotterer took avoiding action but swerved into team mate Vergne, puncturing the Frenchman's rear tyre and forcing JEV into the pits from where he would emerge well down the order and out of the points.

Up front, Buemi battled with Jaguar Racing's Alex Lynn while BMW i Andretti's Alex Sims followed the duo at a distance. 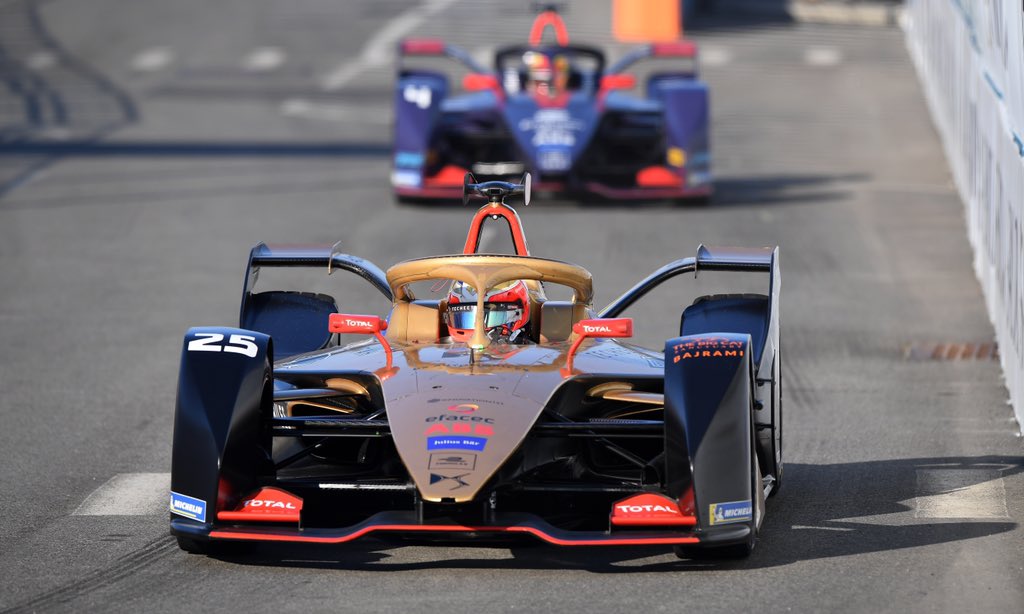 With 20 minutes to go, Lynn suddenly slowed and then stopped, reporting a terminal problem with his car that triggered a Safety Car period.

The pack regrouped with Buemi leading Sims and Audi's Daniel Abt, a position the latter was forced to relinquish when the racing resumed when Evans muscled his way past the German.

Buemi led the way home, followed by Evans and Antonio Felix da Costa, but chaos broke out again on the final lap following a clash at Turn 2 between Vergne and Massa that ruined the DS Tcheetah driver's hopes of securing the title in Race 1 in New York.

Vergne's championship advantage before tomorrow's final event of the 2019/19 season now stands at 22 points over Lucas di Grassi, with fellow championship contenders Evans and Buemi respectively 25 and 26 points behind. 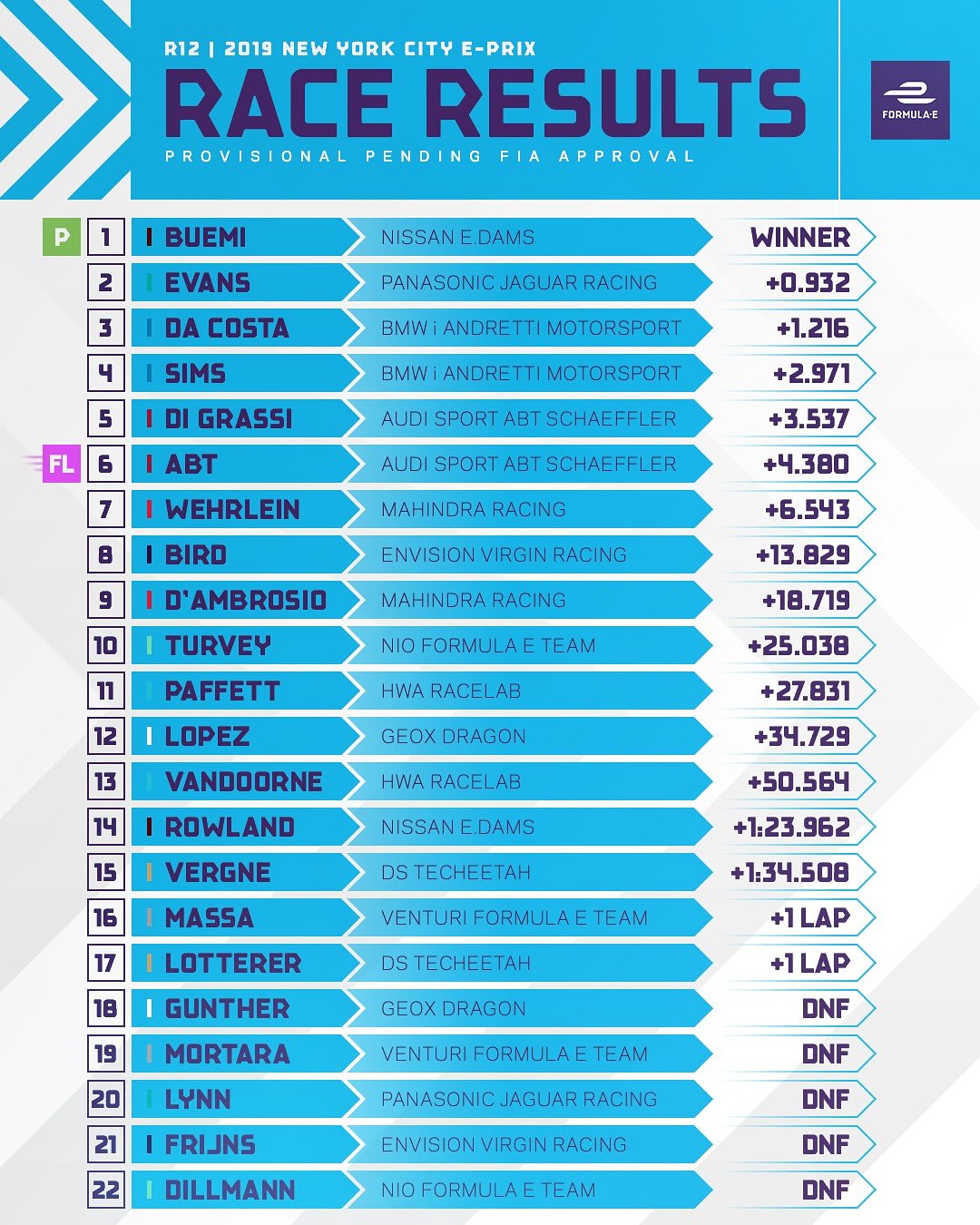