Lewis Hamilton rounded off his seventh win of the season at Silverstone with a mad dash on the ultimate lap that brought an extra point to the Brit, and anxiety to his Mercedes engineers.

Formula 1 introduced this year the fastest lap bonus point scheme to help spice up the closing stages of a Grand Prix, and in several instances the ploy has actually delivered on its promise.

On Sunday, Hamilton had no intention of pitting for a fresh set tyres to gain an extra point, relying instead on his 32-lap-old hard rubber to secure the award, a decision that elevated the tension in the Mercedes garage by a few painful notches.

"We’re always talking about tyres that don’t last and all those kind of things but it was really cool to still have tyres left at the end," said Hamilton.

"It was awesome. There’s no better way to finish a race just on the edge of your seat, and it was definitely the best last lap that I’ve ever had."

Teammate Valtteri Bottas, who was on fresher soft tyres, had also gone all-in for a bonus point, but on the penultimate lap. Hamilton's time of 1m27.369s beat the Finn by a whisker, his engineers watching in anguish.

"They’re not happy with us doing it, they’re nervous as hell because you could spin or make a mistake but it’s acceptable within limits," added the five-time world champion.

Mercedes technical chief James Allison was as nervous as any of his colleagues with Hamilton's late charge, but also very impressed with the feat.

"Well it’s quite breathtaking isn’t it? The old used hard tyre and fastest lap at the end there? It’s pretty impressive," he said. 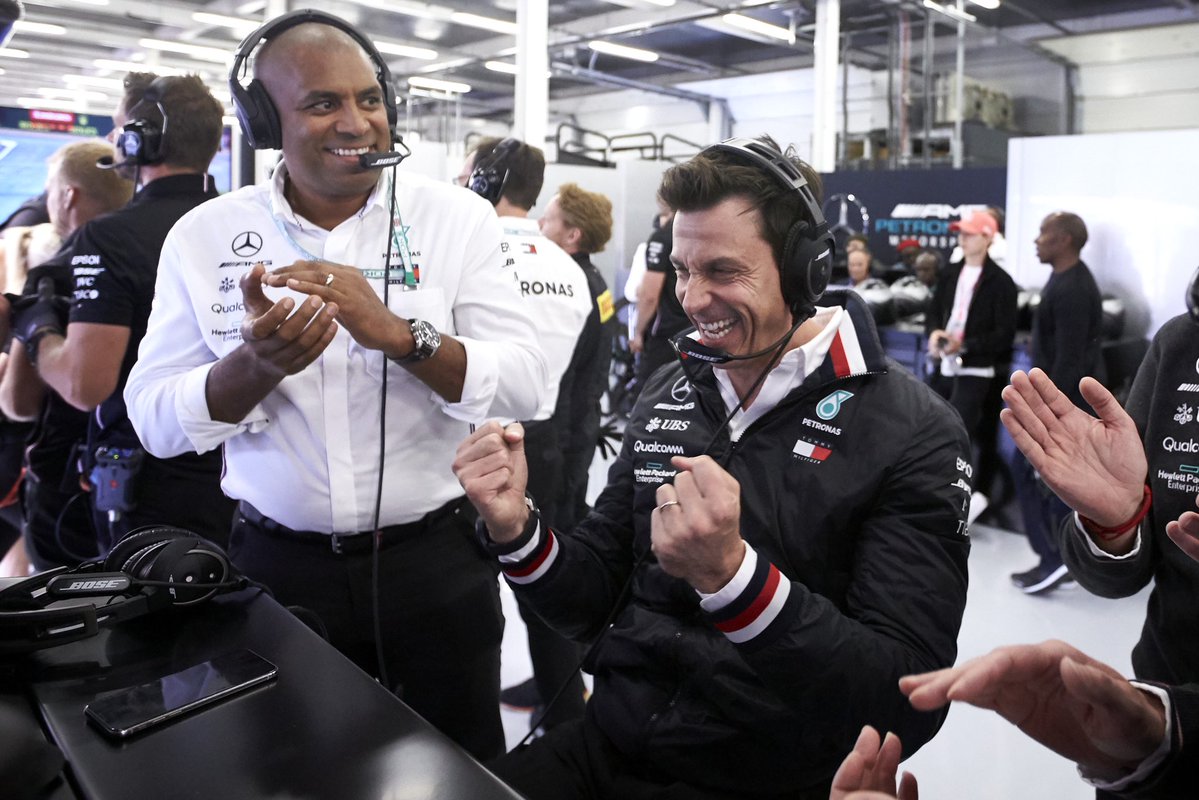 Team boss Toto Wolff labeled Hamilton's lap as "absurd" given the longevity of his tyres.

"This led to a totally absurd situation because on paper, a 32-lap old hard should never be good enough for fastest lap but they’re just able to pull it out."