“I can’t tell you how proud I am to be here,” he said. "Just to be amongst the greats that have shone on this circuit and here in the UK ... I'm so incredibly proud to be a part of it.

“Today was one of the best days I think I’ve ever had,” he continued. "Just the excitement and the joy I feel.

"It definitely hasn't sunk in. I still remember my first win here, my first pole here. Every year it's such a challenge. This track is amazing - like poetry in motion.

"I’ve done so many races, you would think that you’d get used to it or the feeling would calm down," he added. "But it felt just as amazing as the first win that I’d ever had.

"This is the greatest single moment any athlete in the world can have - to raise their flag as the number one, the gold, whatever it may be, in their own country.

But today's success wasn't quite as simple and straightforward as he might have been hoping for. Starting from second position alongside his Mercedes team mate Valtteri Bottas, Hamilton struggled to to pass the Finn for the lead.

He briefly led after passing Bottas at Luffield on lap 4, only to lose out again at Stowe.

“We want to race-wheel-to-wheel and tough,” said Hamilton. "He was on the inside but when we pulled out of the corner I couldn't really see where he was.

"He was in my blind spot. He wasn't in my mirror but I couldn't see him next to me either, so I couldn't close the door just in case he was there.

"When you’re racing with a team-mate it’s all different," he admitted. "If I was racing a Ferrari I’d take more risks. Still respectful, but you can lean on them a little bit more. 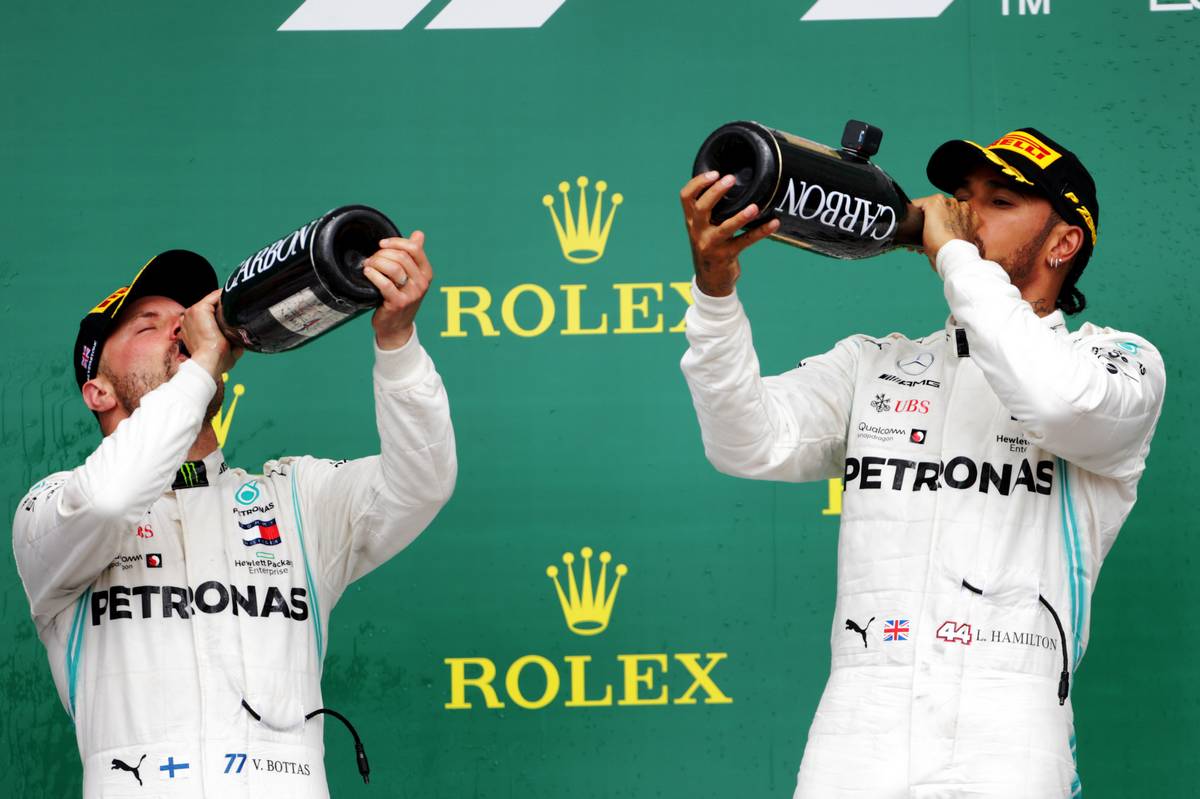 “As team-mates we sit down at the beginning of a race, we talk about turn one, how we’re going to respect each other and make sure we don’t collide," Hamilton continued. "Even when I overtook him and he was coming back I could’ve swept across the front and blocked him but that’s not the right thing to do.

"Ultimately it enabled him to get back past but that’s racing and it was really fair and it was great," he added. "He drove sensationally well out of there so I was like 'Okay, I'm going to back off, wait until he stops and then nail lap after lap'."

But even this gambit looked doomed to fail to deliver victory, until the lucky timing of a safety car allowed Hamilton to get a 'free' pit stop that handed him the lead for the rest of the race.

"I was trying to keep [the gap] as little as possible before I finally stopped so that when I came out, had the advantage on the new tyre and catch him up and try to get past.

"Honestly I was looking forward to maybe some racing later," he said. "But the safety car came out and intervened.

"It was perfect timing," he acknowledged.

Later in the race there was consternation on the Mercedes pit wall when Hamilton overruled the team's decision to come in for an additional 'safety first' pit stop seven laps from the finish. 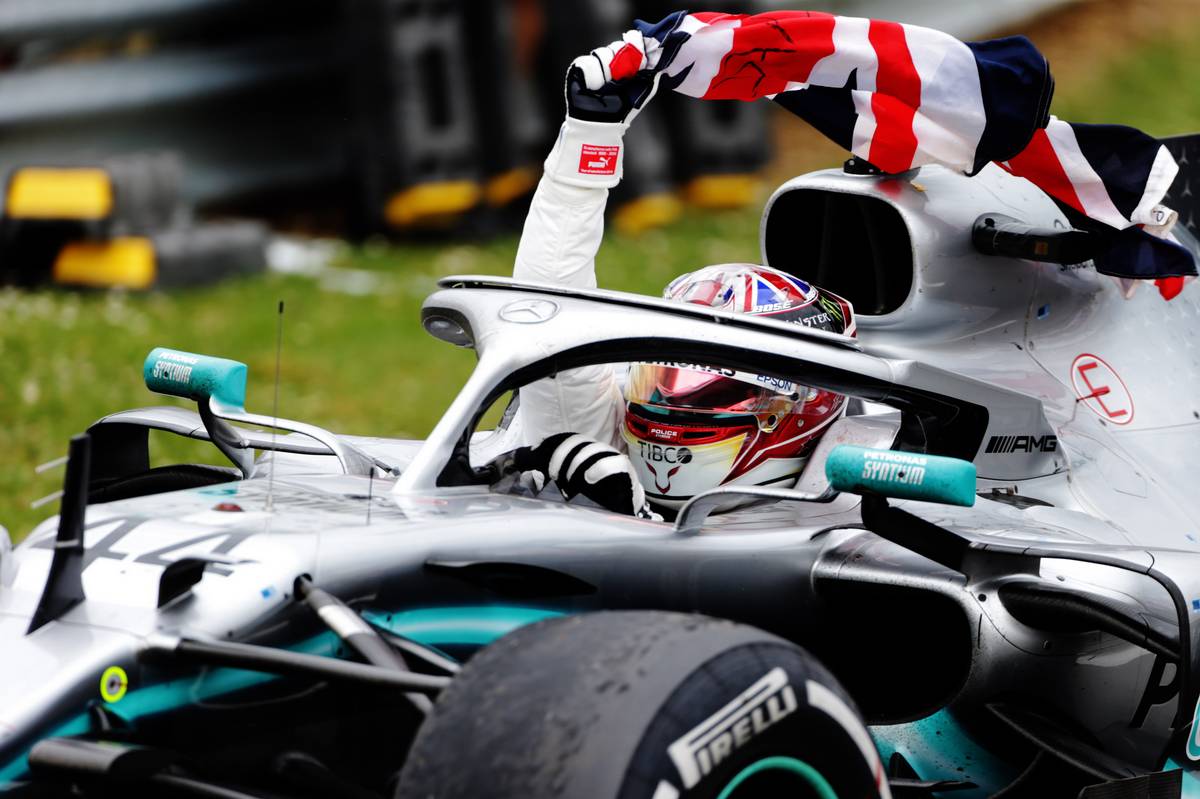 At the time Hamilton had a big lead advantage over his nearest rival, more than enough to make a 'free' stop. But Hamilton had his own concerns about taking that strategy based on previous experiences.

“It’s rare that I go up against the team, but I decided today that was the best thing for me," he insisted.

“I’d saved enough in the tyres. I felt that the hard tyre was really great and I could keep on it so it was obviously a very, very solid tyre. I did have some blistering so I was conflicted.

"[But] why take the risk?” he asked. "I had a pit stop window, but there’s the entry to the pitlane, the stop, the extra pressure on the mechanics to do the pitstop. Not that I doubt them at all, but you just give chance to [something going wrong].

"I was like 'Should I stop?' There’s seven laps left. It’s going to be very hard [for anyone] to catch a 21-second delta at the pace I can still do.

“My long run on Friday was one of the best long runs I've done. Everyone else was wearing out tyres except for me.