FIA race director Michael Masi denied that fining Ferrari for the unsafe release of Charles Leclerc in the German Grand Prix may have created a precedent that teams could exploit in the future.

Ferrari was hit with a €5,000 fine for releasing Leclerc into the path of Haas' Romain Grosjean during Sunday's chaotic race.

But the fact that the stewards opted for a fine rather than a five-second time penalty has brought about fears that teams could be incited to tempt fate in the future.

"I don’t think so," said Masi. "I think it’s one of those… I think you’ve got to take each… I’m very much a firm believer, and the teams all agree, that you treat each case on its own merits.

"As much as you can try and group things, generally, you have to treat each and every circumstance that comes up and judge it.

"So yeah, I think in the end that’s pretty straightforward." 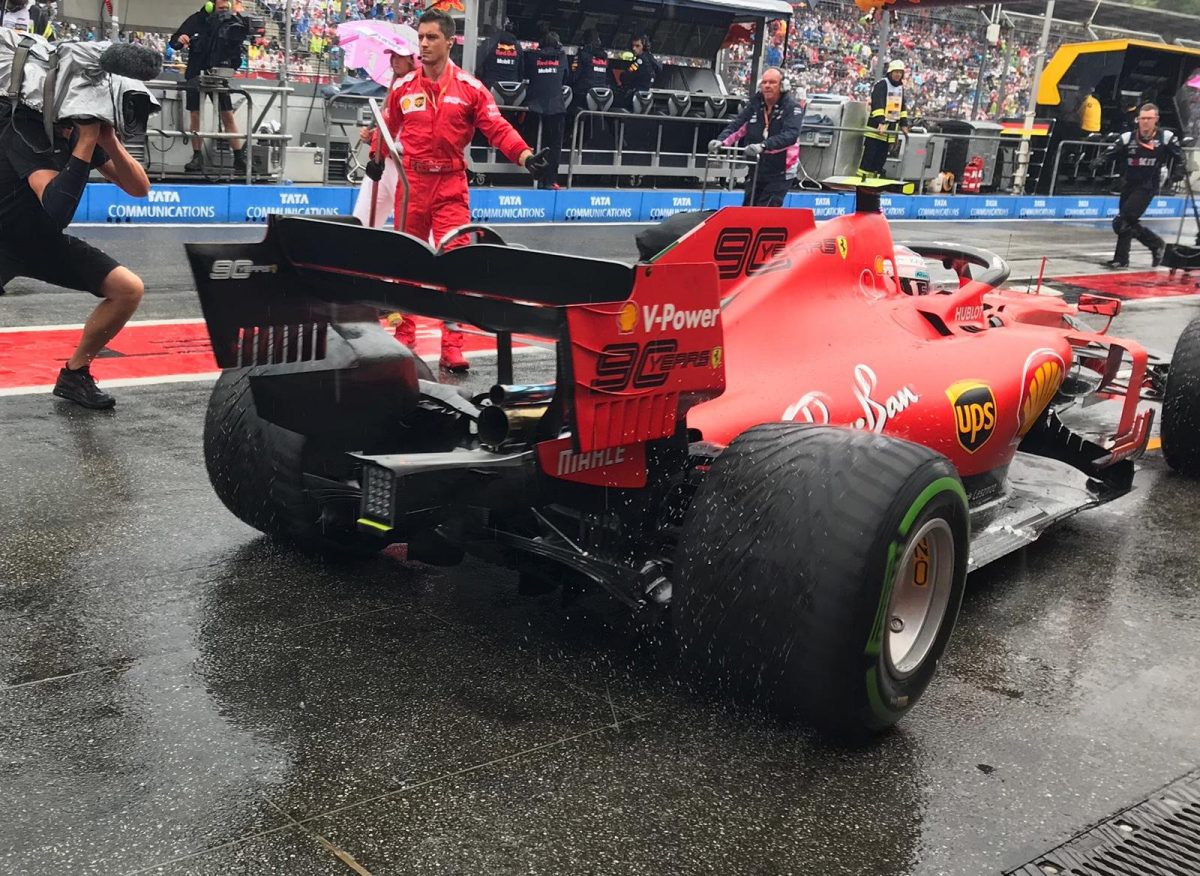 Masi also clarified why Ferrari's unsafe release did not warrant a time penalty compared to a similar incident involving Max Verstappen and Valtteri Bottas that took place earlier this year at Monaco, and for which the Red Bull driver was punished with a five-second time penalty.

"In Monaco, for clarification, it was labelled an unsafe release, but it was actually for causing a collision in the pit lane," explained the Aussie.

"So that’s why that was different to Germany, which was clearly an unsafe release.

"Part of the discussion we had with team managers the other day, knowing the conditions could be changeable, and also taking into account everyone coming into the pit lane to do tyres at the same time is going to be a factor, it is still quite clearly consistent with the previous penalties.

"The fact that every other team thereafter was out didn’t, even though the fast lane is as wide as it is, didn’t allow what we saw at Silverstone with the car driving on the painted area."

Haas to persist with split-specification cars in Hungary