Valtteri Bottas isn't basking on the beach in Mykonos or Ibiza during F1's summer break, or snoozing on the sunny shores of a Finnish lake, but perfecting out of public view his rally technique.

While the Mercedes driver awaits his fate for 2020, he took a Ford Fiesta for a spin a few days ago, running the M-Sport WRC beast in the forest near Ferisen in Germany.

Bottas made his rally debut with the Fiesta in the Arctic Lapland Rally back in January, also testing more recently a Toyota Yaris.

A video of the 'secret' test has emerged and shows the five-time Grand Prix winner - helped by co-driver Jarmo Lethinen - pushing himself and his mount to the limit and beyond.

Check out the video of Val's raucous rally test.

Alfa banking on 'consistency' to fight with McLaren 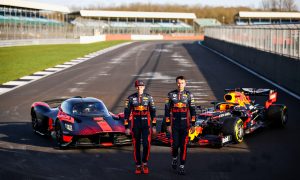 Verstappen and Albon speed the Valkyrie around Silverstone! 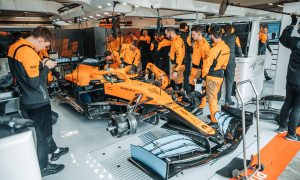 McLaren hits the track for filming day in Barcelona