Haas boss Guenther Steiner has no reservations about a potential 2020 line-up for the US outfit that would pair Nico Hulkenberg with Kevin Magnussen.

Hulkenberg became the odd man out last week when Renault confirmed the hiring for next season of Mercedes reserve driver Esteban Ocon.

The German, who is currently in his third year with the French team, hasn't given any insight into his future plans but Haas - which many believe is likely to part with Romain Grosjean - is oven cited as a probable destination.

However, since Magnussen's much publicized "suck my balls" post-race run-in with Hulkenberg at the Hungarian Grand Prix in 2017, there has been no love lost between the two drivers.

Yet, despite the bad blood Steiner would have no issues putting the two men in Haas' 2020 line-up.

"We are running into each other even without history!" Steiner said, referring to Grosjean and Magnussen's frequent on-track encounters this season.

"We would manage. I don't think about that, it's not about [them], it's about the team. We are all grown-ups, this is a business.

"I'm sure you have colleagues you don't like to work with. It's a business, I see it like this. You need to be practical with this stuff.

"But that is not a thing which would influence what we are doing. That is their problem, not ours, should it happen." 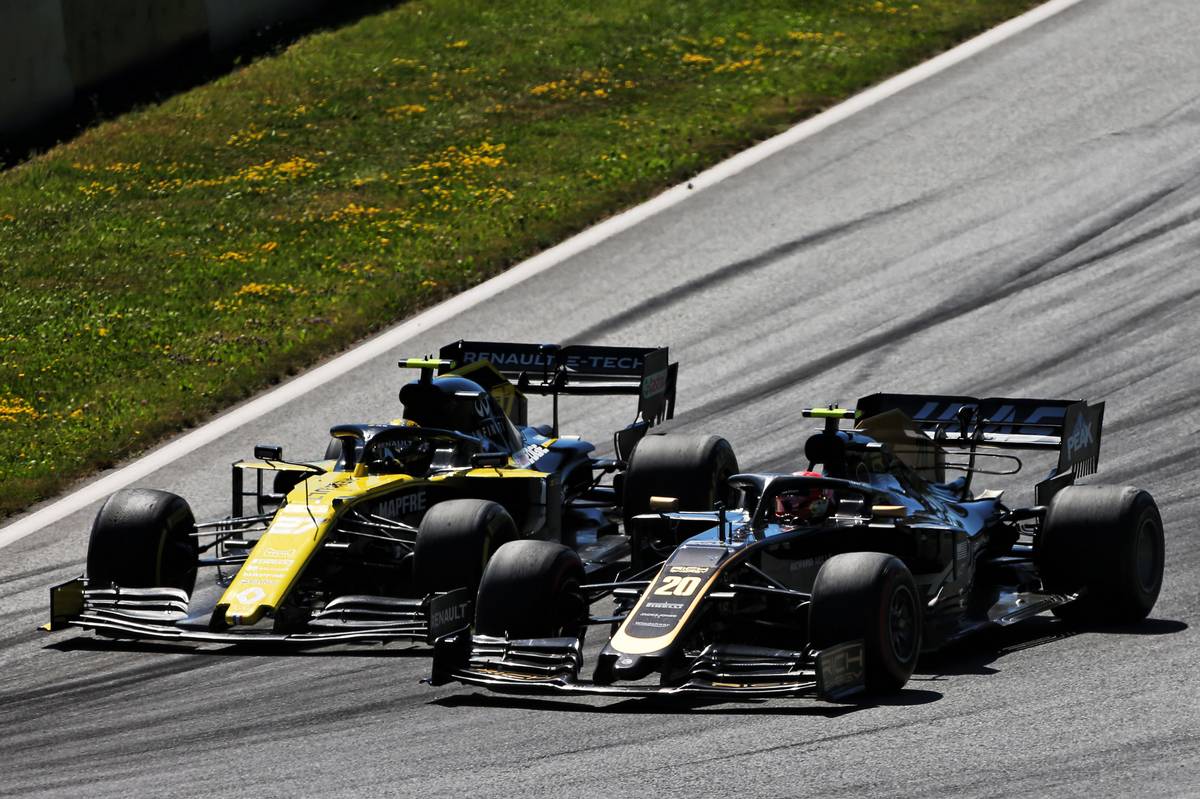 Hulkenberg was also open to the idea of sitting opposite Magnussen at Haas.

"I'd love to see that," the German said. "Honestly, the teammate is the teammate. You have to accept them. With some you get on, but you don't have to get on.

"Maybe it's better, I don't know. I don't think that would be a deal-breaker for me."

Regardless of what the future may have in store for Hulkenberg, current teammate Daniel Ricciardo hopes the "no-nonsense" German will remain in F1.

"I'm not sure yet what his plan is. If he wants to keep racing in F1, I hope for him he finds something," the Aussie told Motorsport.com.

"He's been, I want to say, easy to work with. We kind of just did our thing.

"He's experienced, he's been around. It's kind of no-nonsense, 'we're here, we're going to race' and try to give the team as much info as possible.

"It's a relaxed approach with him and up until now it's been pretty effortless."