Toro Rosso's Pierre Gasly says the horrific accident suffered by F3 racer Alex Peroni at Monza has finally convinced him of the crucuao usefulness of the Halo safety device.

In a terrifying sequence of events that took place in the F3 race on Saturday morning, Campos driver Alex Peroni hit a sausage kerb on the outside of Parabolica and then went airborne before his car somersaulted and landed upside down on a safety fence.

Peroni miraculously walked away from the wreck, although he was later diagnosed with a fractured vertebra, while the FIA ordered the immediate removal of the kerb for the remainder of the Monza weekend.

"I saw the big crash,", it was really really shocking," said Gasly.

"I didn’t see the beginning of the action, I just saw it once he was in the air. Then the guys explained it to me how it happened.

"It was horrible to see and I am glad Peroni seems to be fine after that. It is clearly something they need to change because they can’t have these kind of accidents."

Alex Peroni walked away from this shocking crash in F3 at Monza, but the outside kerb at Parabolica is sure to draw scrutiny from F1. pic.twitter.com/TqG33h76aM

Gasly admitted that the crash and how Peroni's halo fulfilled its protective role changed his opinion of the controversial cockpit safety device which was introduced into F1 and single-seater racing last year.

"I must say I have never been a fan of the halo," he said.

"Looking at these images, it’s clearly a good reason to have it. We will never know what would have happened without it, but we don’t want to imagine." 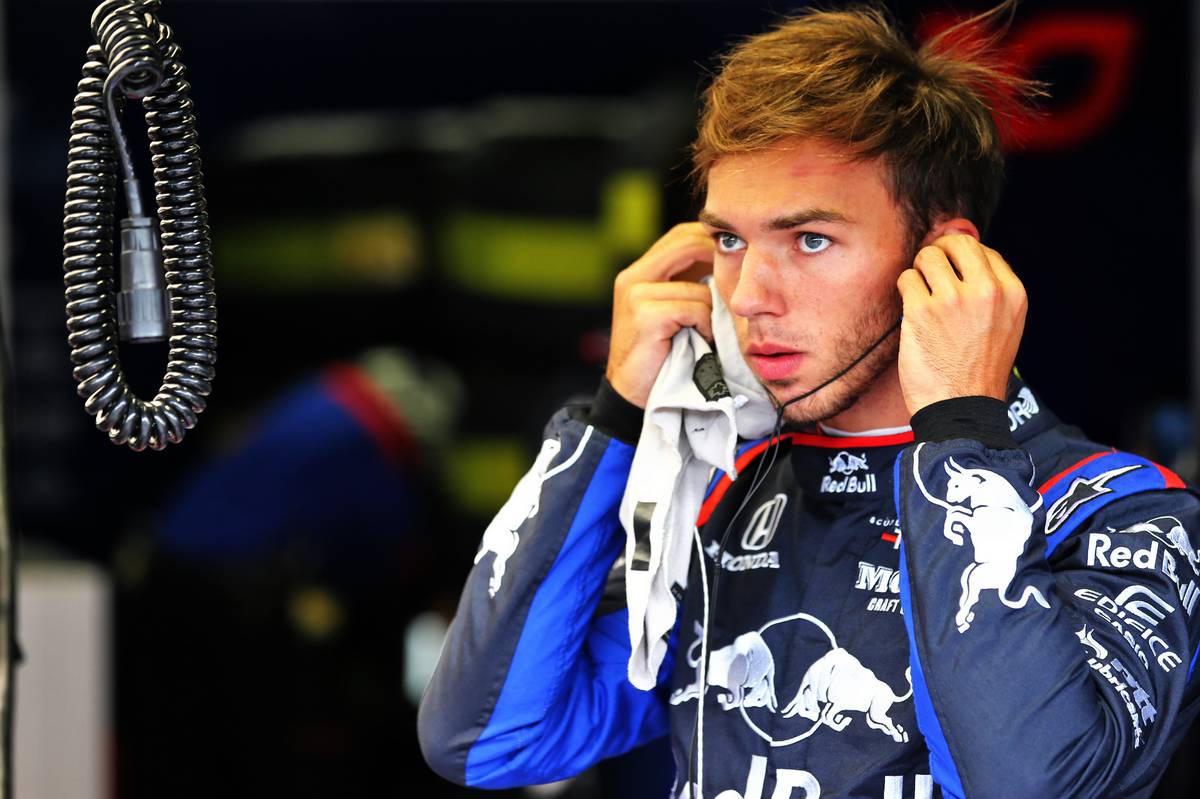 Gasly said he was eager to understand why Peroni's car exactly went airborne when it made contact with the sausage kerb.

"You will not expect this to happen even in F1 cars." He added.

"I still didn’t see the full crash and I would like to see exactly to understand. For me, it’s quite insane to take off that high with just the kerb. They need to make sure that won’t happen again.

"I think there are couple of these kerbs on other tracks as well but for some reason we’ve never had these kind of accidents before. It was really strange and really scary at the same time."

Monza Speed Trap: who is the fastest of them all?

Hamilton 'in stiches' over Verstappen's comments on Rosberg