The Marina Bay Street Circuit will boast a third DRS activation zone for this weekend's Singapore Grand Prix, it has been announced.

Organisers are hoping to add more chances for drivers to overtake by adding a new zone between turns 13 and 14.

The zone starts 78 metres after turn 13, with the detection zone point placed just over one hundred metres before the corner at the entry to the Esplanade Bridge.

Marina Bay already had two DRS zones in previous events. The pit straight is one of these, with the detection point placed at the exit of the final corner.

The other is located on Raffles Boulevard between turn 5 and turn 7, which includes the fast right-hand 'kink' at turn 6.

Most circuits in 2019 have opted to keep their existing number of DRS zones in 2019, making Singapore a rare exception to have sought and been approved a change by FIA race director Michael Masi following a review.

Elsewhere Silverstone and Hockenheim both removed a DRS zone in 2019, taking the total from three to two at both tracks. The reason given was that this year's larger rear wings had made DRS more effective in race conditions. 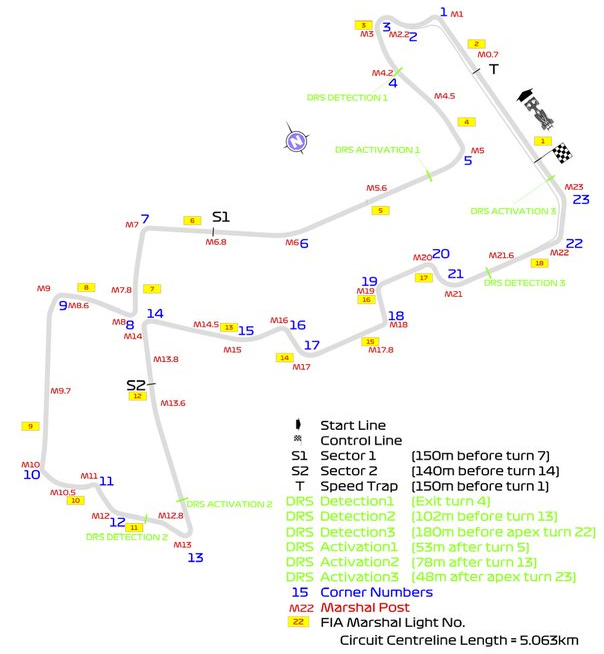 But Marina Bay's street circuit nature means it's very tight and twisty, making it tough for anyone to find a way around the cars in front. Just 19 passes occurred during last year’s race according to Mercedes, with five of those involving DRS.

In the race, drivers can only use DRS is they are within one second of the car in front, or a backmarker that they are about to overtake. However drivers can use DRS at any point in practice or qualifying.

In total, the Singapore circuit features 23 corners and is just over five kilometres in length. The race is run over 61 laps for a total distance of 308.706km.

Pole position last year went to Lewis Hamilton with a time of 1:36.015s, the current track record for Marina Bay. The fastest race lap was set by Kevin Magnussen at 1:41.905s.

Vettel reminds us that 'anything can happen' in Singapore

Raikkonen determined to put recent setbacks behind him 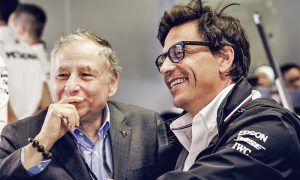 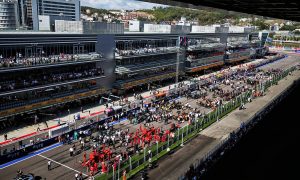 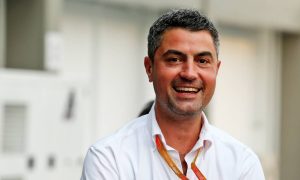