Former Ferrari boss Luca di Montezemolo says that Charles Leclerc's complaints over the radio in last weekend's Russian Grand Prix would not have gone unchecked had he still been in charge of the Italian outfit.

Sochi poleman Leclerc and Sebastian Vettel agreed along with the Scuderia's management to play the team game at the start of last Sunday's race whereby Vettel would slipstream past his teammate to protect their position from Mercedes before the German would hand back the leading position to Leclerc.

While the first part of the tactic went according to plan, Vettel's defied team orders and was stubbornly reluctant to hand back the position to the Monegasque.

Leclerc complained multiple times over the radio, insisting he had held up his end of the bargain, but oddly, while it was Vettel who perhaps deserved a strong rebuke, di Montezemolo took aim at Leclerc!

"If Leclerc had complained like that to me, then he would have heard more than a few words in my office," he told Corriere dello Sport.

Montezemolo, who managed the Scuderia in the 70s under the reign of Niki Lauda and was president of Ferrari during the team's golden years with Michael Schumacher, remembered the drama generated by Jean Todt's team orders in Austria in 2002.

"I can remember a situation with Rubens Barrichello when he was upset about making room for Schumacher in Austria," said the Italian.

"I told him: You will do what we ask you to do and that’s it. But I can say to Leclerc is that he is one of the best of his generation." 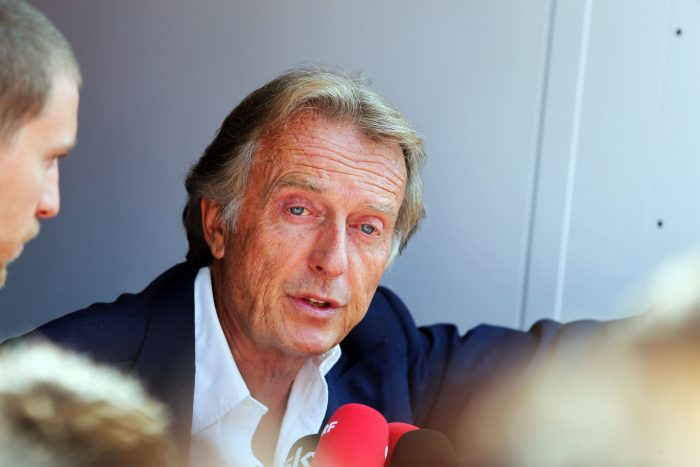 The 72-year-old also said that the public's view of events was often distorted by the media's reporting of F1.

"Many people who write about Formula 1 know little about the sport," he added.

"Like when they ask me how Schumacher compares to Lauda. They are completely different generations."

Mercedes to power Venturi and Massa in Formula E