Lewis Hamilton has moved to reassure his fans that he's not on the verge of quitting Formula 1, after downbeat social media posts sparked concern earlier this week.

The five-time world champion left a message on Instagram at the start of the week in which he said he felt like “giving up on everything”, adding: "why bother when world is such a mess"?

The posts were subsequently deleted 24 hours later, but not without first receiving global coverage.

While primarily directed toward climate change and the environment, Hamilton's comments sounded particularly down-hearted. It led fans to wonder if he could be about to walk away from the sport.

But after a few days to rest and recuperate following the Japanese Grand Prix, Hamilton returned to Instagram on Friday with a much more upbeat message for his 13.2 million followers.

"Good morning World. I just wanted to send a message of positivity to you," he began. "I hope your week's been amazing and wishing you a great weekend.

"I appreciate all the positive vibes you've sent my way. I haven't given up, I'm still right here fighting!" he said, finishing with the hashtag #stillirise.

Hamilton's original comments, which also urged fans to consider taking up a vegan lifestyle, produced many messages of support from fans.

But they also attracted criticism from others pointing out that Hamilton's jet-setting F1 lifestyle was at odds with his ecological concerns.

Hamilton sold his private jet earlier this year, but still owns a large number of supercars.

1996 world champion Damon Hill expressed support for Hamilton on Twitter but predicted that the posts would result in “no end of flak" online.

“We are all hypocritical to greater or lesser degrees,” Hill wrote. “But if people like him don’t speak out then we all carry on in the same vein and don’t even try to change. It’s not that bad, eating carrots.”

Hamilton recently opted for a 'clean slate' on Instagram by deleting all the accounts that he followed, explaining that he needed a change and didn't want to start the day "always catching up". 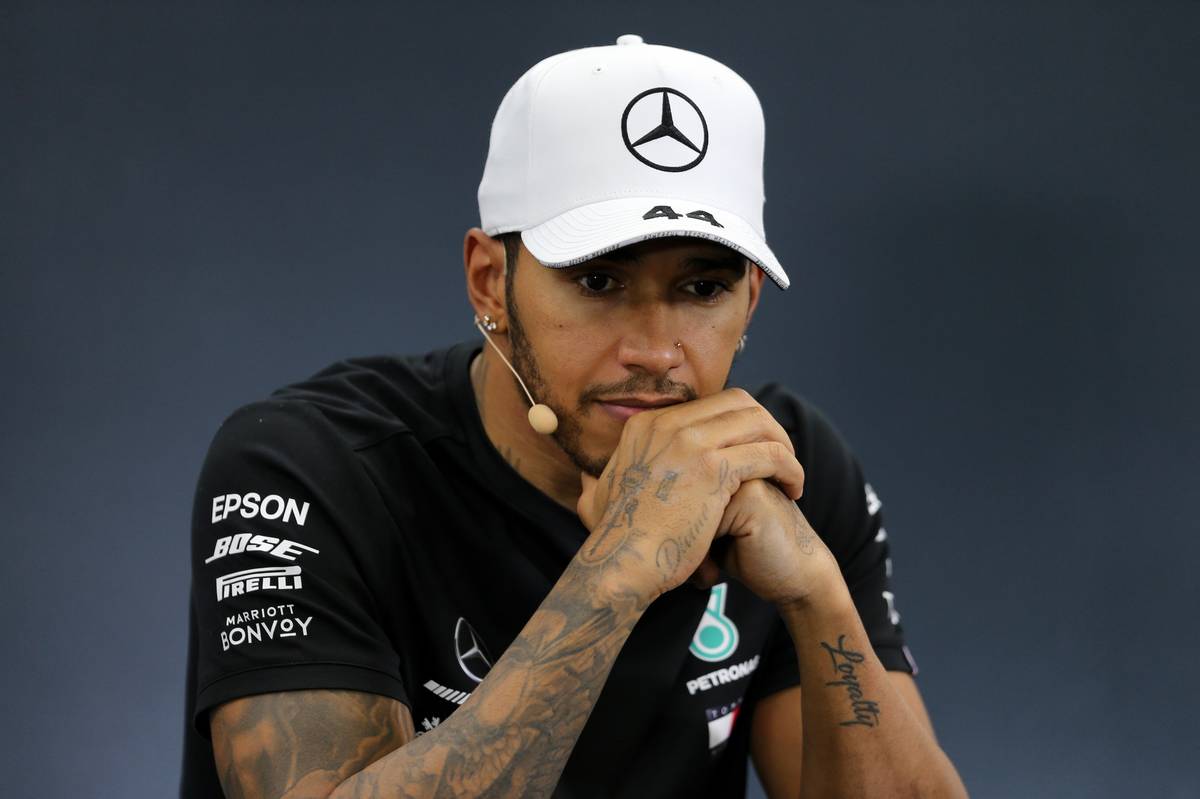 Instead, Hamilton says he's focussed on closing out the 2019 world championship. He's currently 64 points ahead of Mercedes team mate Valtteri Bottas, who is the only man still with a mathematical chance of catching him in the remaining four races of the season.

Although Hamilton was only third in Suzuka, that was enough to put him out of reach of Charles Leclerc, Max Verstappen and Sebastian Vettel. It means that if he can beat Bottas by 14 points or more in Mexico then he'll secure the title.

It means that the Silver Arrows are assured of their sixth consecutive title double, after the team clinched the constructors championship on Sunday.

"Joining them in 2013, with just the utter belief that we will do something special, it’s kind of crazy to see it coming to fruition," Hamilton said after Sunday's race.

"All the hard work. Naturally, when I met everyone in 2013, just seeing how dedicated they were there, and it still remains the same.

"Even though we have the success each year, they’re hungry, they’re driven, they’re excited that they have Valtteri and I in the car and they give absolutely everything.

"And I love that," he added. "It really inspires me to go out there and drive the way that I do, the way that we do throughout the weekend."