Valtteri Bottas was able to successfully execute a two-stop strategy to clinch victory over Lewis Hamilton and Max Verstappen in the 2019 United States Grand Prix at the Circuit of the Americas.

Attempting a single-stop approach, Hamilton was unable to make his tyres last long enough to retain the lead to the finish - but second was more than good enough to secure his sixth world championship.

It proved to be a strangely off-colour afternoon for Ferrari, with Sebastian Vettel suffering a major suspension failure just eight laps into the race, while after a poor start to the race Charles Leclerc finished the afternoon in fourth place ahead of Alexander Albon, who clashed with McLaren's Carlos Sainz at the first corner. 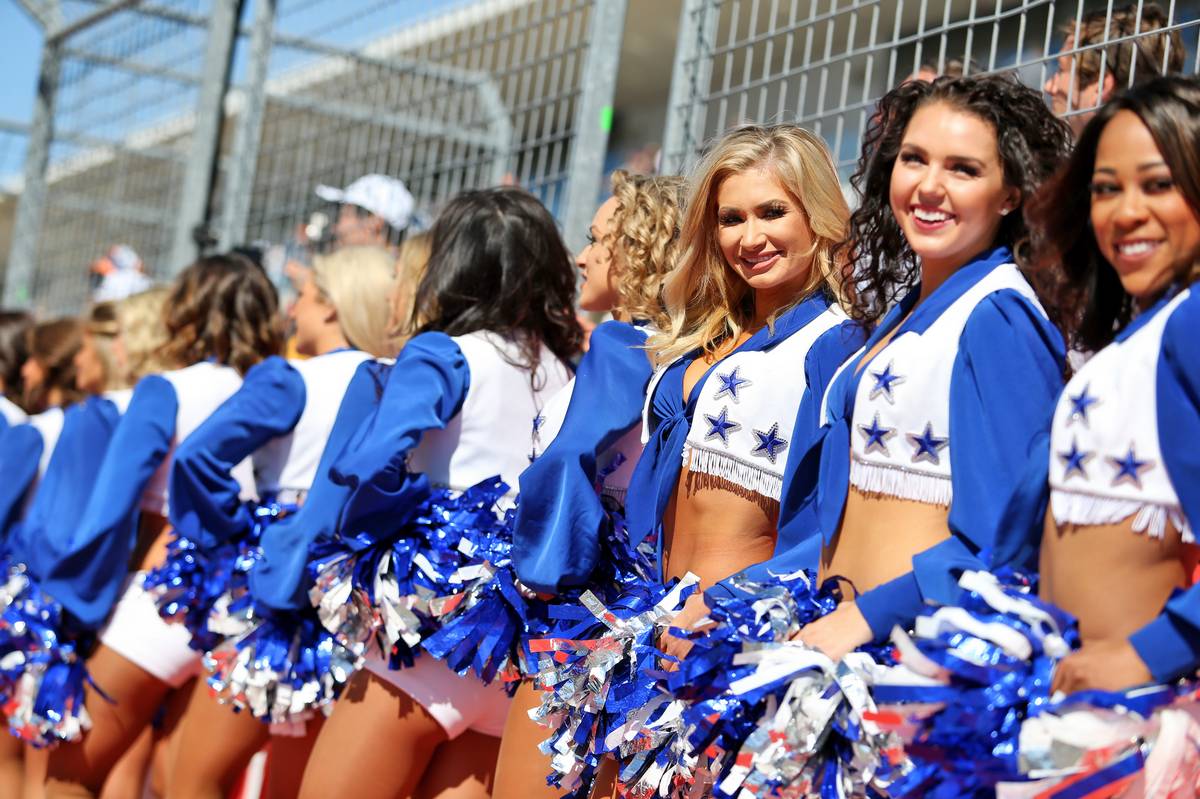 Few places on earth can match the United States for glitz and glamour, and the day had already certainly delivered on both fronts under a perfect blue Texas sky. It felt especially fitting that the big shoot-out between Mercedes team mates Lewis Hamilton and Valtteri Bottas - the last men standing in the duel for the 2019 title - should be taking place in the home state of the cowboy.

Starting from pole position, Valtteri Bottas had to win to keep the championship alive. He'd already played his part on Saturday to perfection, while Hamilton had only been able to manage fifth in qualifying. Between them on the grid, Ferrari's Sebastian Vettel lined up alongside Bottas while Max Verstappen and Charles Leclerc shared the second row. The top five were all on medium tyres for the start but Hamilton had Alex Albon on the soft compound to worry in the 211 metre run up to turn 1, as well as a brace of McLarens immediately behind him who were ready and eager to take any opportunity to pounce.

It was a clean start for the front runners, although Leclerc was slightly sluggish off the line which put him immediately on the defensive going into the first corner. Hamilton was quick to take advantage to pick up fourth place, and seconds later he was up to third after Vettel also started to struggle. The Ferrari was soon losing place after place and complained of major understeer, speculating that his car has picked up damage in some unseen contact at the start. 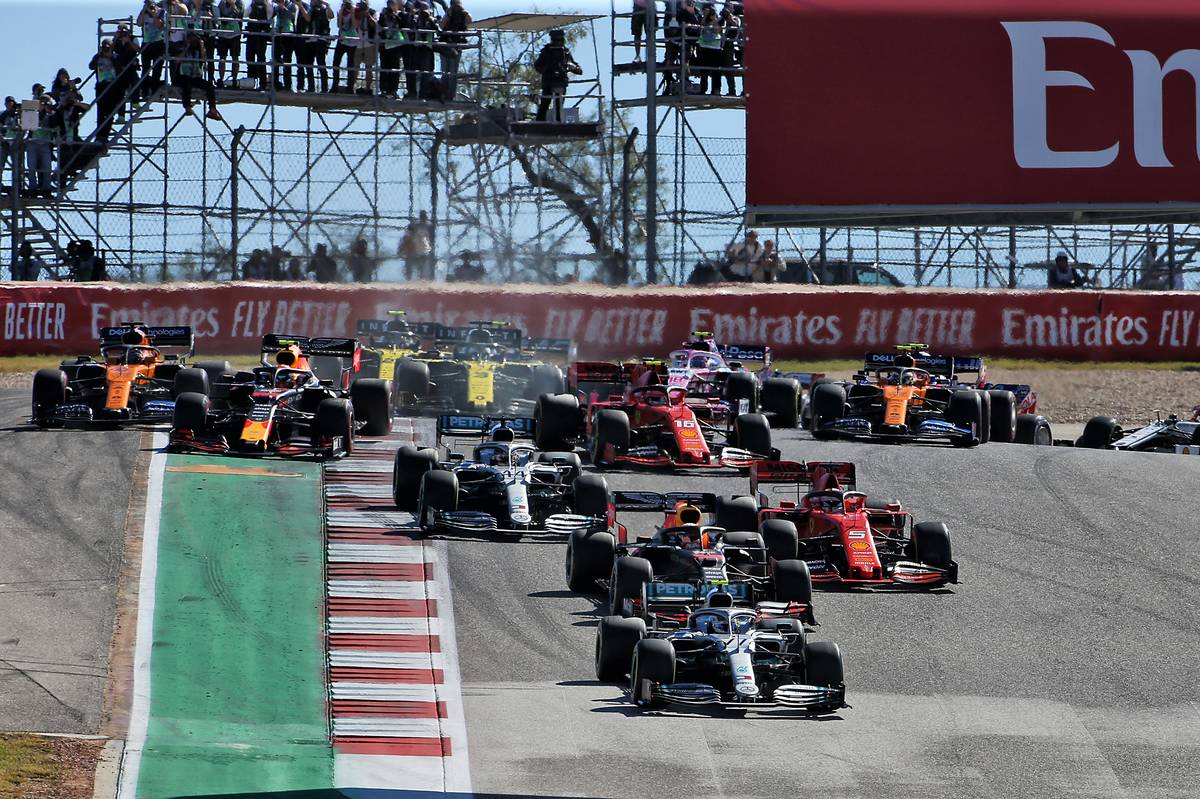 Bottas had immaculately converted pole to the early lead of the race over Verstappen followed by Hamilton and Leclerc. Lando Norris was having a terrific start to his race, up to fifth ahead of Renault's Daniel Ricciardo with Vettel finally stabilising in seventh ahead of Pierre Gasly and Carlos Sainz, who had clashed with Albon in the first corner in what stewards deemed a racing incident. While the McLaren was undamaged, Albon was forced to pit for running repairs at the end of the first lap together with an early change to the medium tyres, dropping him right to the back.

Six laps in, Bottas held a two second advantage over Verstappen with Hamilton a similar distance back from the Red Bull. The top three were starting to pull away from Leclerc, and with Vettel now 15s off the leaders the Ferrari pit wall was already discussing switching their drivers on to 'Plan B' for the rest of the afternoon after one of their worst starts to a race this season.

For Vettel at least, the matter became academic on lap 8 when the Ferrari ran wide over the kerbs at turn 9 and the rear suspension failed dramatically and comprehensively, leaving Vettel no option but to pull over and park the twisted and bent SF90 between turns 11 and 12. He did so without triggering a virtual safety car although Ricciardo was quick to to take advantage of the momentary confusion to pass Norris for fifth, and Gasly was also on the move taking what was now seventh place from Sainz. 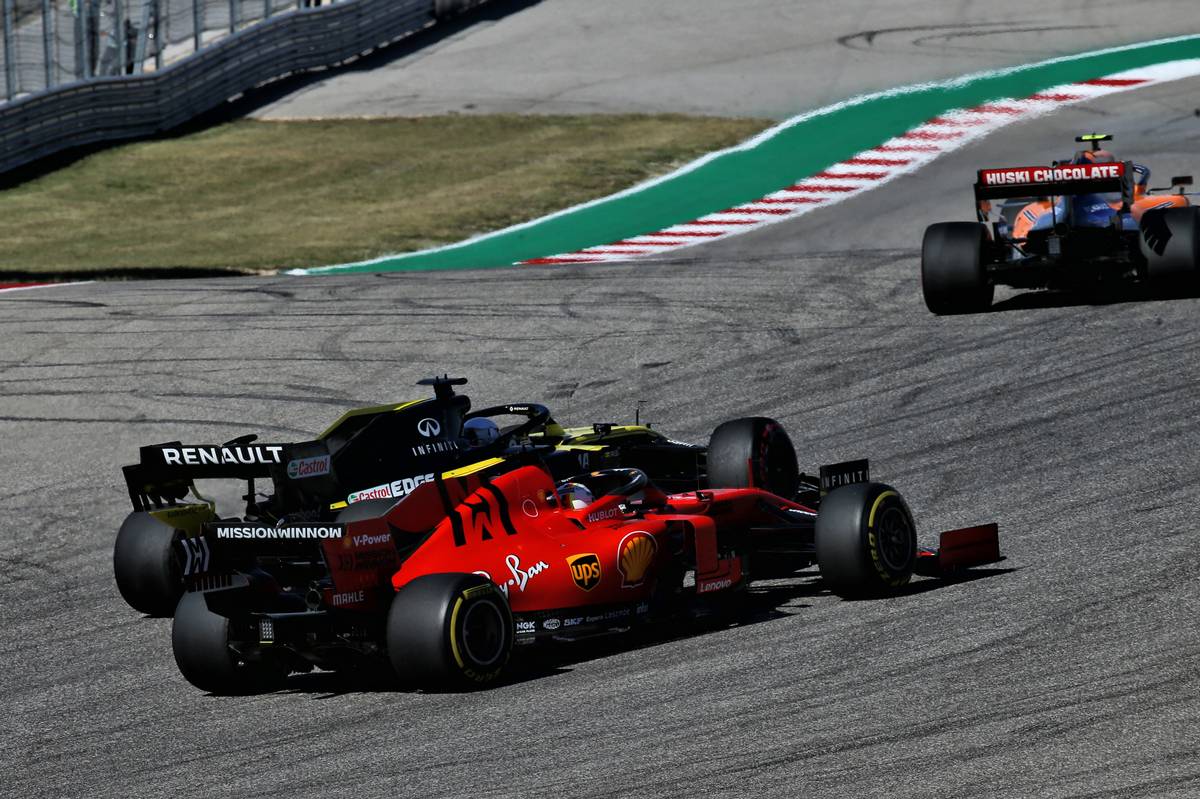 With Vettel's departure, the top ten was now rounded out by Alfa Romeo's Kimi Raikkonen and by Nico Hulkenberg, the second Renault having opted to start the race on hard tyres. Further back, Sergio Perez had fought his way up to 14th place after the Racing Point had been required to start the race from pit lane following a weighbridge infraction on Friday; he was being tracked by Albon who was also running a damage limitation exercise after his first lap pit stop.

Lap 14 saw the first of the leaders come in for their planned pit stops, and it was Verstappen who was in for a set of hard compound boots. Mercedes reacted on the next lap by summoning Bottas in, handing the lead of the race to Hamilton by almost 15s from Leclerc. Bottas and Verstappen slotted back in to third and fourth, still comfortably ahead of Ricciardo and Norris.

Fresher tyres and a touch of DRS enabled Bottas to quickly pick off Leclerc into turn 1 on lap 16, and he then punched in a fastest lap as he sought to cut into Hamilton's lead. Verstappen was similarly on the move, likewise passing the Ferrari on turn 12. It now seemed clear that both men were committed to a two-stop strategy, while Hamilton and Leclerc were gambling on a single stop approach - provided their tyres could last the required distance.

Leclerc ran to lap 21 before coming in and to pick up a new set of hard tyres, with a long delay on the left rear which dropped him to fifth behind Ricciardo and Hulkenberg when he returned to the track, Pierre Gasly and both McLarens having already made their own stops. Leclerc was soon able to get back around the Renaults but it was a complication that he could have well done without.

By lap 24 Bottas had nearly caught Hamilton for the lead. Mercedes called the Briton in to pit lane, but the independently-minded driver declined the invitation and stayed out. Bottas simply swept around him on the track, and Hamilton finally yielded to the inevitable next time by for a set of hard tyres to take him to the finish. Even so, his message had been delivered: he wasn't going to settle for simply cruising to his sixth championship, he was going to do whatever he could to deny Bottas not only any remaining chance of the title but also the victory in today's race. 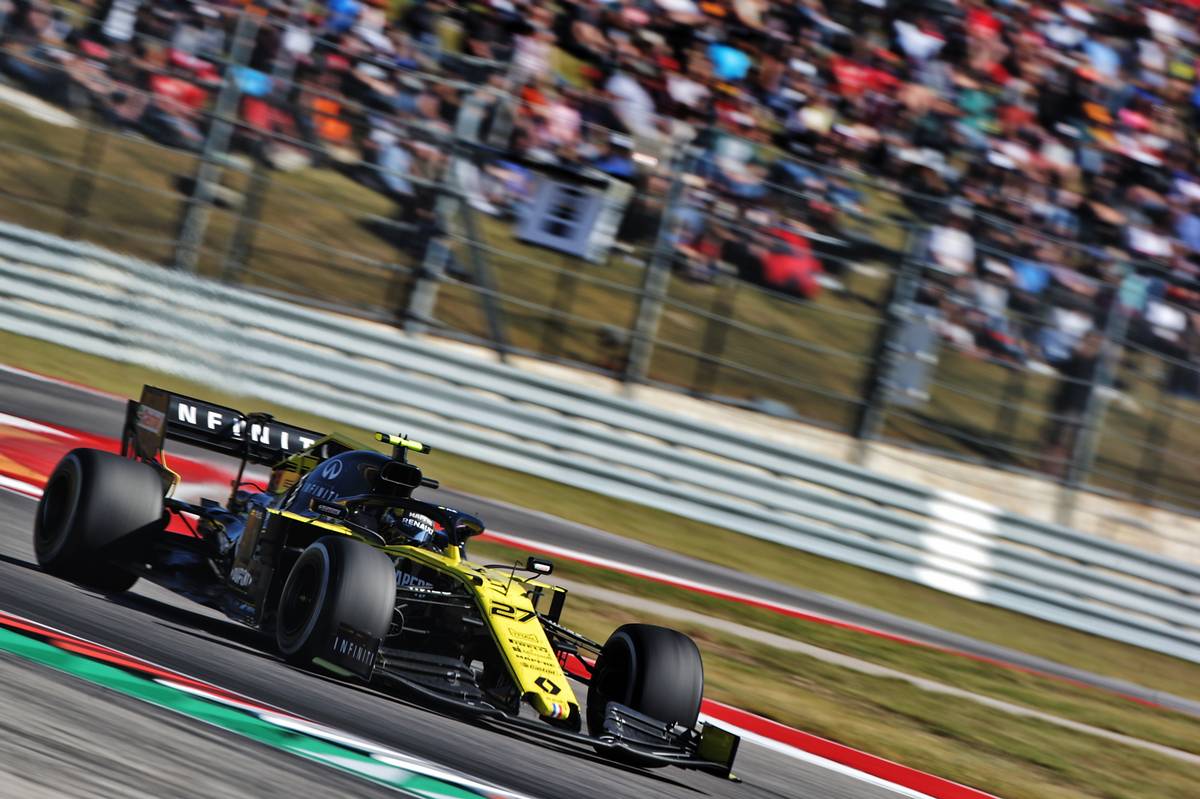 Halfway through the race, Bottas had a 6.5s lead over Verstappen followed by Hamilton, Leclerc and Ricciardo, while the yet-to-stop Hulkenberg had now spilled multiple positions to Norris, Sainz, Gasly and Albon in short order before finally pitting on lap 28, making him the final driver to make his stop.

On-track traffic soon became a headache for Bottas, while Verstappen was worried about tyre wear and gusts of wind. This was music to Hamilton's ears as he continued to reel in the leaders while obeying his race engineer's instructions not to burn out his tyres in the process.

Verstappen finally pitted on lap 35, and once again Mercedes quickly responded by calling Bottas in on the next lap. Both switched to the medium compound, in the process promoting Hamilton into the lead by over nine seconds. However it seemed increasingly unlikely that this would be enough to keep him out in front for the remaining 20 laps, or even that his tyres would be able to last the distance without forcing an emergency second stop.

While Hamilton was doing everything he could to make the one-stop strategy work, Albon was making his third stop of the afternoon on lap 41 and soon put the new set of soft tyres to good use. He swiftly made his way back past Sainz for sixth place, and then immediately set his sights on Ricciardo with the inevitable pass coming on lap 49.

Bottas continued to inch his way toward Hamilton but the laps were starting to run out; with six laps remaining, the Finn finally pushed within DRS range of his team mate. Behind them, Verstappen had found his second wind and was catching on both Silver Arrows as the leaders ran into heavy midfield traffic consisting of the likes of Kvyat, Hulkenberg, Perez, Gasly and Norris.

A lack of grip saw Hamilton make a small error on lap 51, which was all the encouragement Bottas needed to make his move. But Hamilton would not be moved from the racing line, and the Finn ended up running off track at turn 12. But the writing was now on the wall, and on the next lap Bottas sealed the deal and retook the lead with Hamilton having nothing left with which to fight. After that, Bottas was able to shoot away to safety and leave Hamilton attempting to fight off Verstappen in the final five laps. 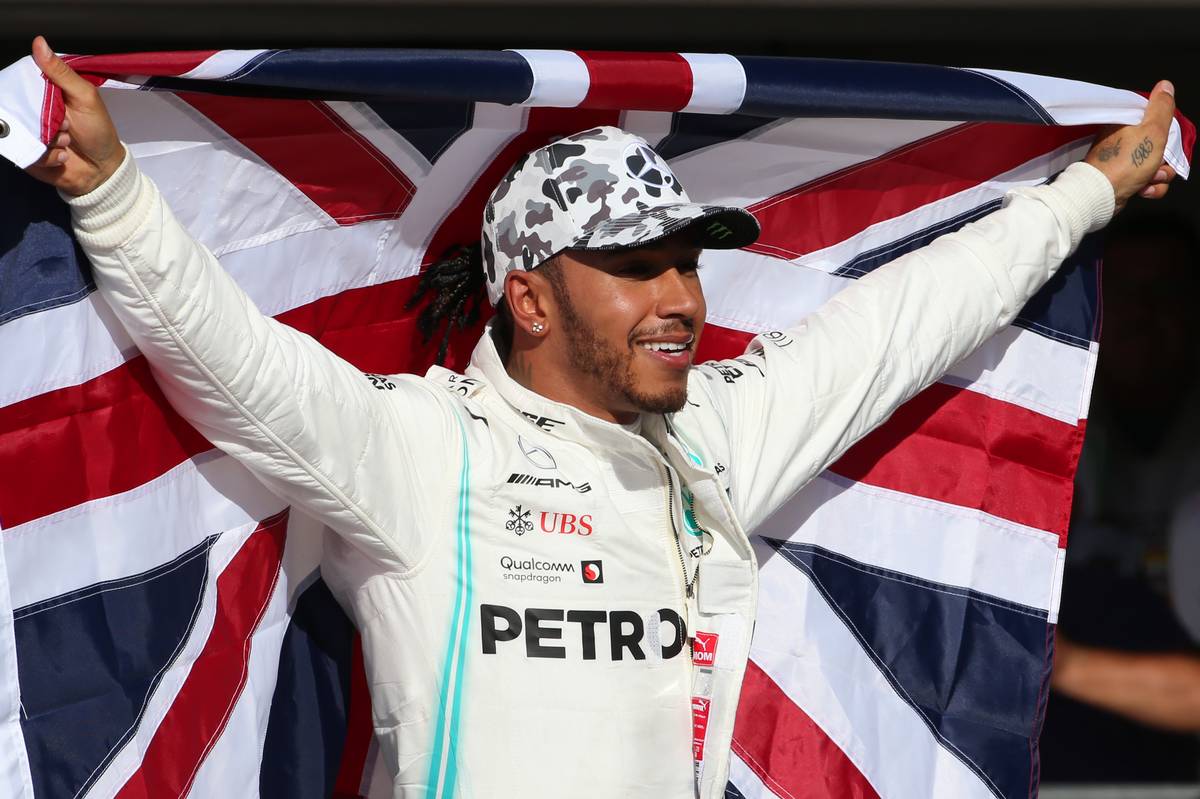 Just when it appeared inevitable that he would lose second place, Hamilton received some much-needed help from double waved yellows at the end of the backstraight after Kevin Magnussen locked up and the Haas beached itself in the gravel trap. It was enough to allow him to hold on to second place - and in so doing, clinch the 2019 title.

Verstappen joined the Mercedes duo on the podium with Leclerc in fourth ahead of Albon, Ricciardo, Norris, Sainz and Hulkenberg. Perez had been running in ninth before a final lap clash with Kvyat put him out of the points; however, a subsequent five-second post-race penalty for Kvyat restored Perez to tenth.

Just missing out on the points was Raikkonen, with Kvyat demoted to 12th in the classification ahead of Lance Stroll, Antonio Giovinazzi, Romain Grosjean, Pierre Gasly (who retired just before the finish with accident damage) and George Russell.

As well as Magnussen's late exit, Robert Kubica had also previously retired from the race on lap 33 with a suspected hydraulic problem.

Kvyat kicked out of the points by stewards… again!