Williams deputy team Principal Claire Williams says the criticism leveled upon her only makes her dig her heels in and "fight even harder".

Williams has endured a dismal last two years in F1, the British outfit consistently making up the rear, its performance undermined by poor technical choices and internal disturbances, such as the departure early in the season of technical director Paddy Lowe.

The commotion and sustained decline have called into question Williams' leadership and her ability to pull the Grove-based squad out of its lasting slump.

In the face of such adversity, Williams admits that she's been tempted at times to throw in the towel. But one look around the team's garage quickly obliterates that prospect from her mind.

"Anyone that doesn't have those moments of self-reflection and introspection should be accused of being totally arrogant," said Williams in an interview with Yahoo.

"The situation has been horrifically challenging and very difficult, but I'm always motivated by the people we have in this team, and they've never shown any signs of giving up, so I wasn't going to either.

"And what would it look like if I gave up?

"I wasn't prepared to give up because I would only be accused of being the daughter that brought her dad's iconic team down to the ground, and there was no way I was going to have that resting on my back for the rest of my life." 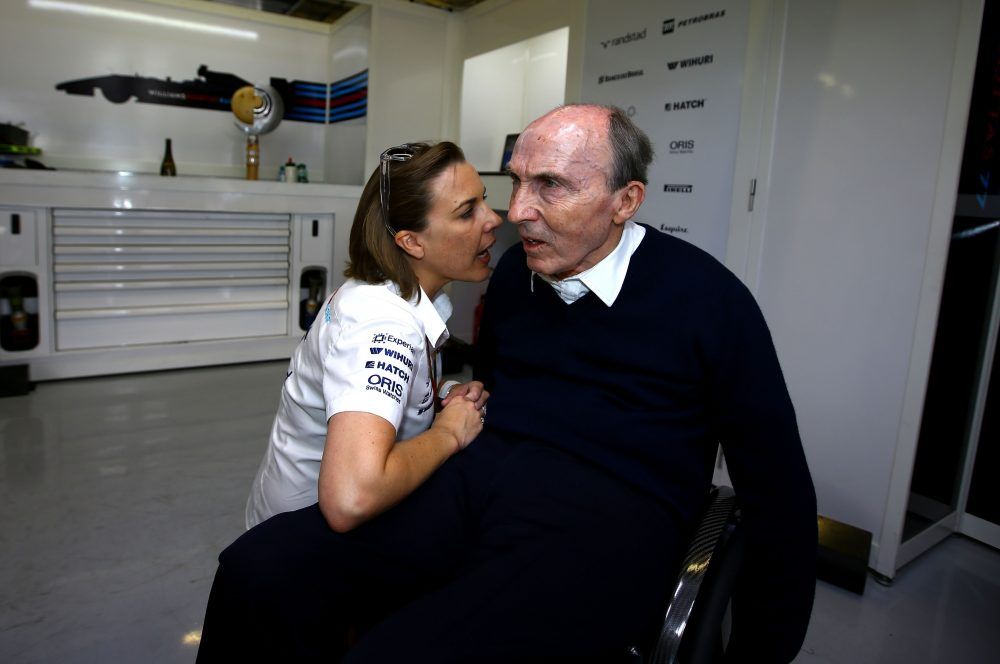 Surrendering to hardship isn't exactly in the Williams family's genetic code, and Sir Frank's support of his daughter's authority remains intact despite the persistent struggles.

"He's given me this responsibility to look after the team, and in every conversation I've had with him, he's fully supportive," Williams said.

"He knows how tough this business is, one that is a whole lot tougher in this day and age, with social media and people calling you an a***hole left, right and centre. That just makes me dig my heels in more.

"When people turn around and say I should give it up, that just makes me fight even harder, and I've always been a firm believer that if you work hard, fight hard, then one day you will get your just rewards."