Mercedes boss Toto Wolff won't deter Lewis Hamilton from exploring potential options with Ferrari, although the Austrian is confident his star driver will remain loyal to the German manufacturer beyond 2020.

Hamilton's contract with Mercedes will expire at the end of next season, but F1's game of 'who goes where in 2021' has already begun.

Italy's Gazzetta dello Sport claims that Ferrari chairman John Elkann initiated a contact with Hamilton earlier this year and expressed his interest in securing the services of the six-time world champion when he becomes a free agent.

In Friday's team principal presser at Yas Marina, Scuderia boss Mattia Binotto said that Hamilton's potential availability from 2021 "can only make Ferrari happy", suggesting that the Italian outfit might well attempt to lure the Briton to Maranello.

Binotto's comment prompted a reaction from Hamilton who said it was the first compliment he could recall from Ferrari in 13 years.

"I honestly don’t remember them ever mentioning me ever so thank you, I’ll take it, doesn’t really mean anything, it’s all talk," Hamilton said in Abu Dhabi.

"It’s nice that finally, it’s taken all these years for him [Binotto] to recognise maybe but I’m grateful.

"It has been a long, long time and a team that I’ve always appreciated over the years, so to earn their respect from someone from there who’s obviously very high up is obviously not a bad thing.

"I think they’ve got two great drivers so who knows what the driver market’s going to be doing over the next year."

Watching from afar, Wolff is taking a passive stance for now, insisting he has no issues with his driver talking to Mercedes' arch-rival.

“I think this is a free world and I recognise that everybody needs to explore career options and make the best decision for themselves. Drivers and everybody else included." 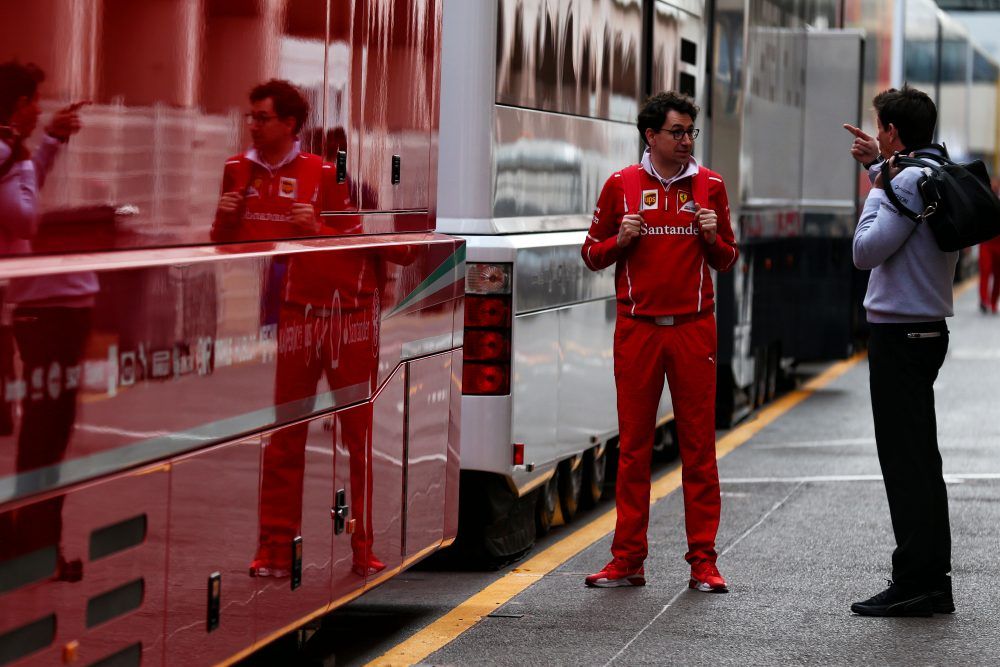 Perhaps Wolff's apparent detachment regarding Hamilton's future and Ferrari 'chatting up' his driver stems from his belief that Mercedes will continue to strive for success and do everything in its means to provide its great champion with the best possible equipment and organization.

"I am totally relaxed about the situation," Wolff added. "We need to push very hard to provide the drivers with the quickest possible car.

"And if we are able to do this, I'm 100 percent convinced that we will have the best possible driver line-up in the car.

"And everything points to our relationship [with Hamilton] to continue, but in life you never know. And therefore, as I said before, I am very open about this.

"I've started to embrace the fact that everybody has objectives and needs to have the best possible opportunity for their career.

"In that respect, I am absolutely open for everybody to explore options. But obviously my personal priority as for the team would be to continue the successful journey [with Hamilton]."

Report into Hubert accident to be presented on Wednesday

Russell to split testing duties between Williams and Mercedes