Lewis Hamilton has acknowledged that the pressure of staying on top in Formula 1 inevitably takes its toll on everyone involved in the sport.

He was speaking after FIA president Jean Todt caused a stir with comments suggesting that people working in F1 should feel blessed and privileged rather than complaining about the workload of an expanding F1 calendar, which this season hits a record 22 races for the first time.

Hamilton has described plans to increase the number of races to 25 in future as "pretty hardcore", and teams have expressed concerns about the stress that the expansion is putting their personnel under - and the resulting costs to health and relationships.

“I think it’s probably similar to most sportsmen and women really,” Hamilton told Crash.net when asked about the sacrifices involved in being successful in F1.

“It maybe slightly different in that we are travelling as much as we are, and you are just away for crazy amounts of time," he continued.

"That’s probably an additional weight load that makes it really, really tough to hold down a good relationship, if things aren’t quite perfect."

Hamilton split from long-time girlfriend Nicole Scherzinger in 2016 after seven-and-a-half years together, although they remain friends and posed together for photographs at last month's London Fashion Awards.

At the time of their split, Hamilton said: "I’m going through a really, really tough time at the moment with the loss of someone really, really special in my life."

Since then he's remained single, at least publicly. Meanwhile his Mercedes team mate Valtteri Bottas announced last week that he was splitting from his wife Emilia after three years of marriage.

"There are many athletes who have generally happy lives in the background," Hamilton said. "[But it's hard], having the right mindset and trying to find the right balance of how dedicated you are, as opposed to resting back and enjoying your quality time.

“There are those that manage it - look at Seb," he added, pointing to his Ferrari rival Sebastian Vettel as an example of a top racing driver who famously enjoys nothing better than pottering around at home with the family when not at F1 events. 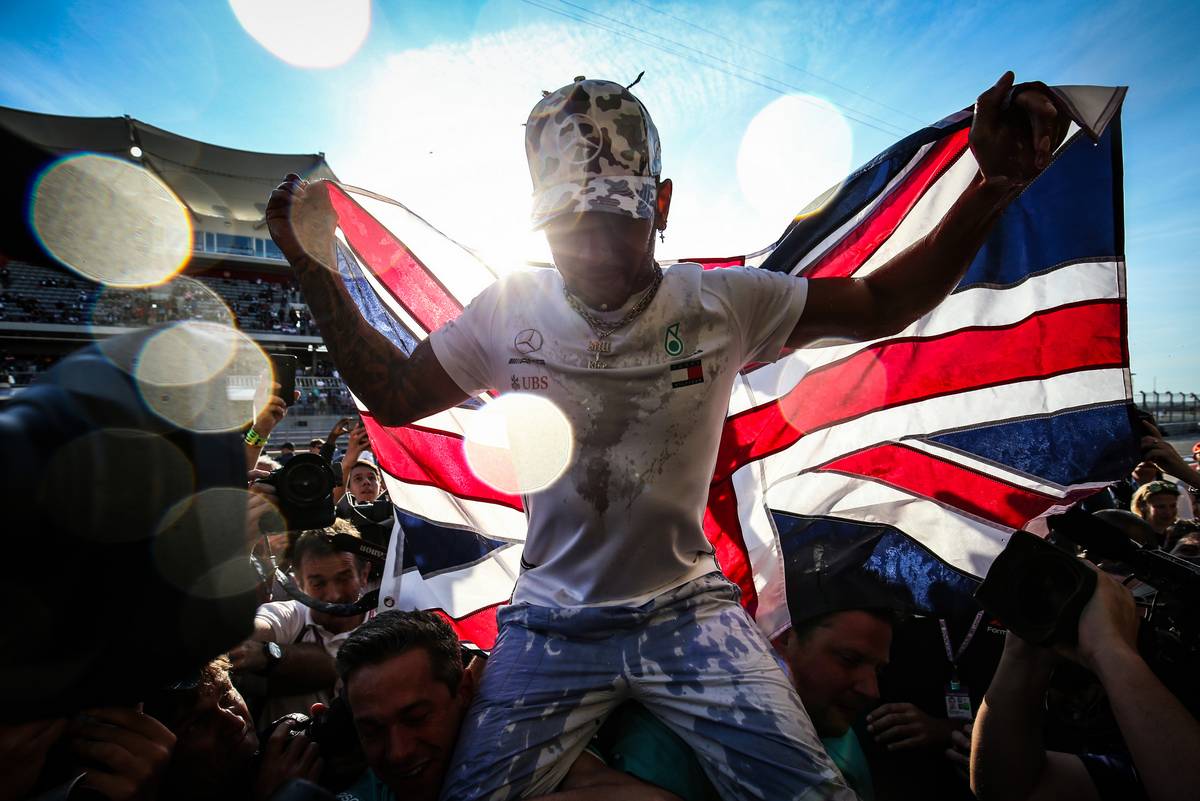 “But I for one also find that [balance] incredibly difficult," Hamilton admitted.

"With your goal to be as competitive as you can be, ultimately you want to be 100 per cent committed because you never want to be any less committed than the person next to you.

“There’s only a certain amount of you as a whole that you can give to everything. It depends how much of a sacrifice you want to make.

"There are certain things that are also added on, responsibilities or extra load bearings that you can take away from that.

“It’s different for everyone, but having spoken and read about other athletes in different sports, it’s obviously quite similar for all of us," he concluded.

Hamilton has promised to be "a machine" in 2020 as he chases a seventh world championship, which would put him level with all-time great Michael Schumacher in the F1 history books.

He told his fans on social media that he would be "on another level than ever before" after turning 35 earlier this month, leading to a quip that he was going to have to pay Kimi Raikkonen to stay in the sport in order to avoid the dubious accolade of being the oldest driver on the grid.