Haas boss Guenther Steiner has taken a dig at Racing Point, insisting its rival's new car which was closely inspired by last year's Mercedes W10 absolves the US outfit from the pink outfit's past criticism of its tight collaboration with Ferrari.

Racing Point team boss Otmar Szafnauer was among the most vocal critics of Haas in 2018, blasting Steiner's team for fielding a car back then that many considered a mere Ferrari clone.

But this year, Racing Point has followed a similar approach, with tech boss Andy Green taking his cue from Mercedes with regard to the RP20's aero concept and the design of its front and rear suspension elements. The car also logically gets its transmission from its ppower unit supplier.

The irony of Racing Point's choice wasn't lost on Steiner.

"Sometimes you have to think before you talk, I will say that one, because maybe one day it's your turn and then you cannot go against [it]," said Steiner, commenting on Racing Point's W10 lookalike.

"As we all know, they complained quite heavily a few years ago, so now it is going full circle. It is up to them. I don't really care." 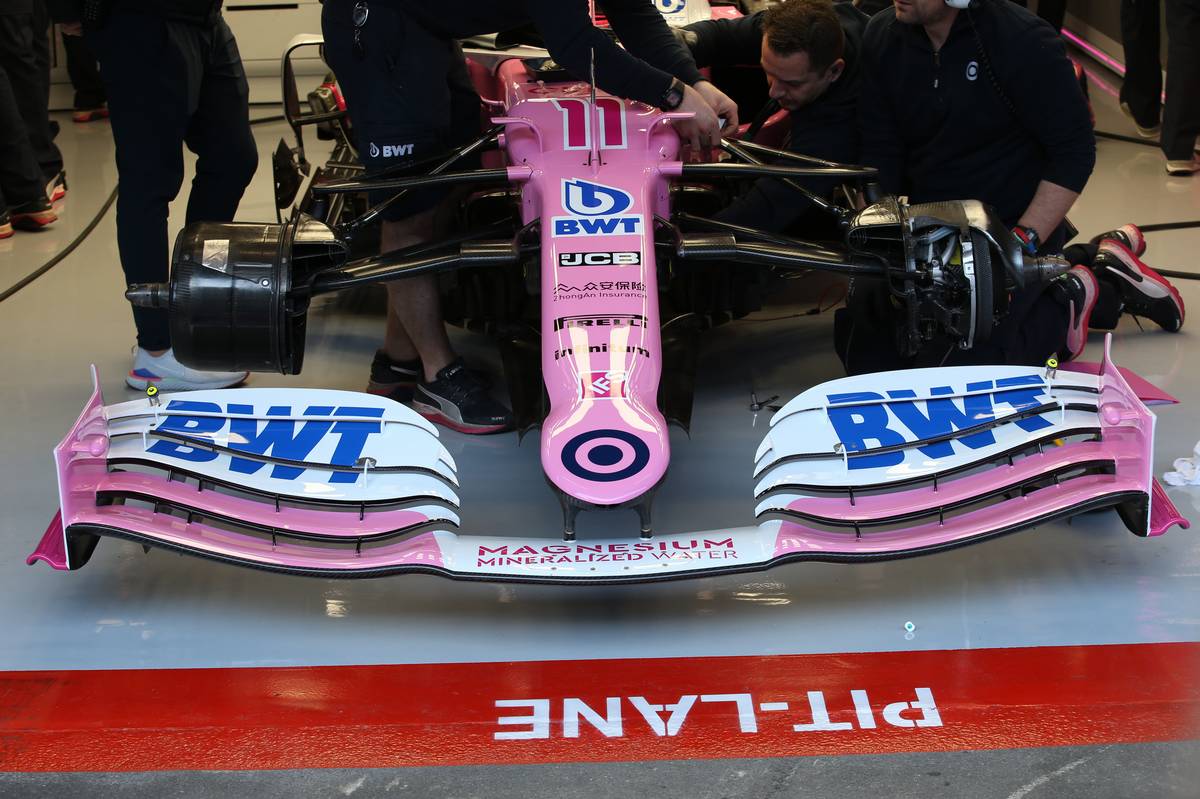 Indeed, Steiner admitted to not being surprised by Racing Point's coherent design approach, which he readily accepted as legitimate.

"I would put it like this. They use a lot of Mercedes parts on their car, so why would they go and copy a Red Bull? It's the same with us," said the Italian.

"We buy a lot of parts from Ferrari. So which car are we going to copy? I guess a Ferrari. I mean, if you will copy a Toro Rosso or a Red Bull we would be pretty stupid because we would try to invent something which is not there.

"So I think they're just doing what we are doing: just trying to get the best out of it and use that model."