Ferrari and Red Bull have made identical tyre choices for next week's Bahrain Grand Prix in terms of Pirelli's softest compound, the pair taking a conservative approach compared to front-running rival Mercedes.

While Mercedes has stocked up on 7 sets of the soft C4 tyre, its main opponents have gone for just six sets of the red-walled rubber.

Ferrari and Red Bull are the only teams with the low C4 inventory while McLaren, Renault, Alfa Romeo, Haas and Williams have all chosen 8 sets of the soft tyre.

Furthermore, with regard to Pirelli's medium tyre, choices are staggered among the top teams' drivers, with Lewis Hamilton, Sebastian Vettel and Alex Albon set to received 5 sets of the yellow compound with their respective teammates taking on 4 sets of the C3 rubber. 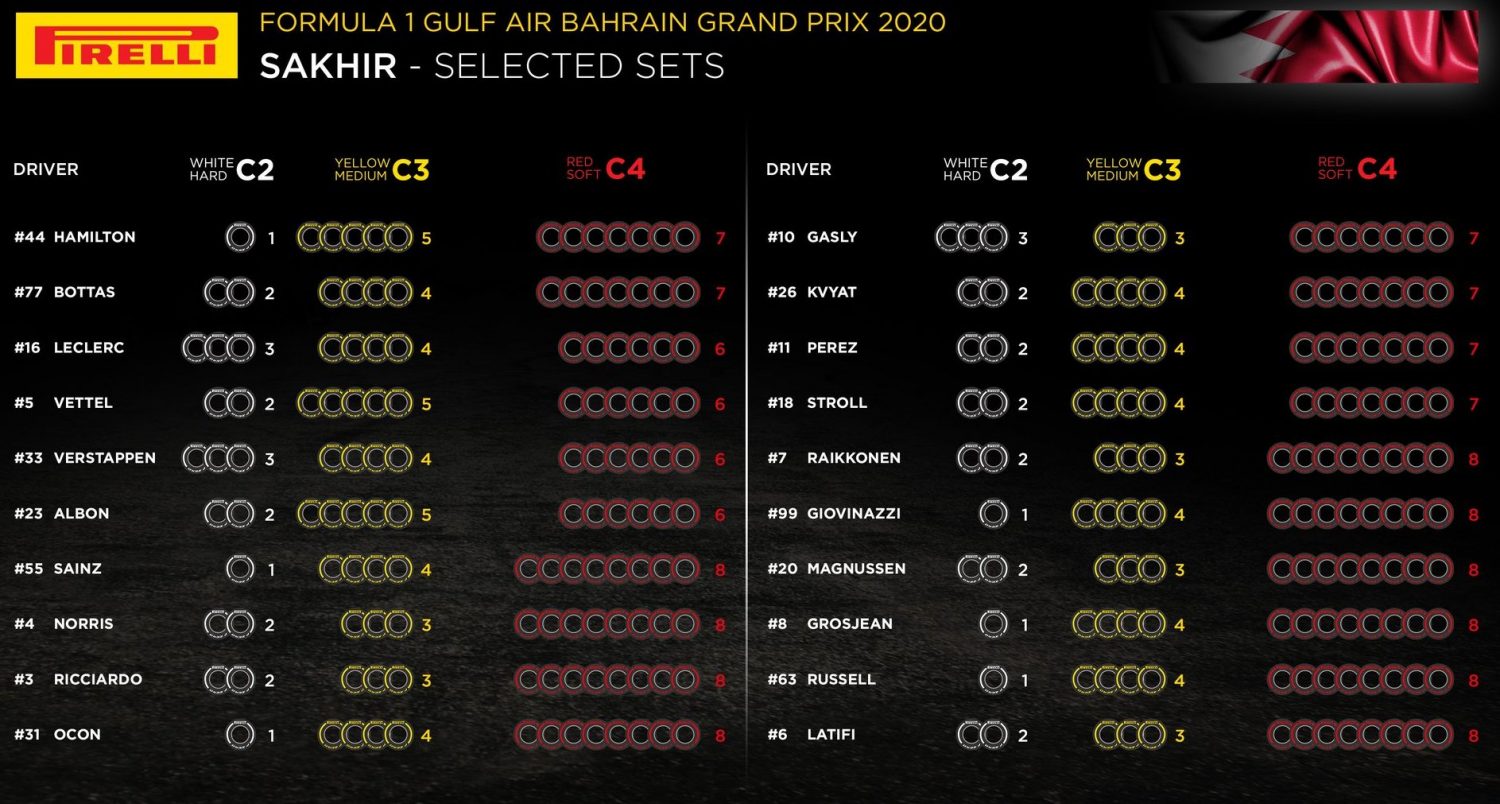 Brundle: Hamilton at Ferrari would be 'a great story'