Charles Leclerc has been described as a 'baby faced assassin' since his arrival in F1 and his subsequent promotion to Ferrari in 2019, and it seems to be an image that the 22-year-old Monegasque is happy to embrace.

"I have this killer instinct," he told Motorsport-Magazin.com this week. "I've always been like that.

To Leclerc's fans, that determination and focus is a big part of his appeal. But at the same time, to his critics he can appear to be calculating and ruthless.

Leclerc himself admits that his win-at-all-costs temperament can be both a strength and a weakness. Last season his relationship with team mate Sebastian Vettel grew increasingly tense as the campaign wore on, and the pair took each other out in Brazil when they should both have finished in the top ten

"Some mistakes I made this year are part of this mentality," he acknowledged. "I gave everything at moments when I could just have taken the points.

"Not everyone will like me for it, but that's how I am. But I can still learn. This mentality also has positive aspects. But it can also hurt in other moments.

"I have to understand and control this mentality at precisely these moments. I'm pretty sure that this will come with experience."

In the end, Leclerc finished ahead of Vettel in last year's drivers championship in his maiden season with Ferrari, and picked up victories in Spa and Monza on top of an impressive six pole positions. 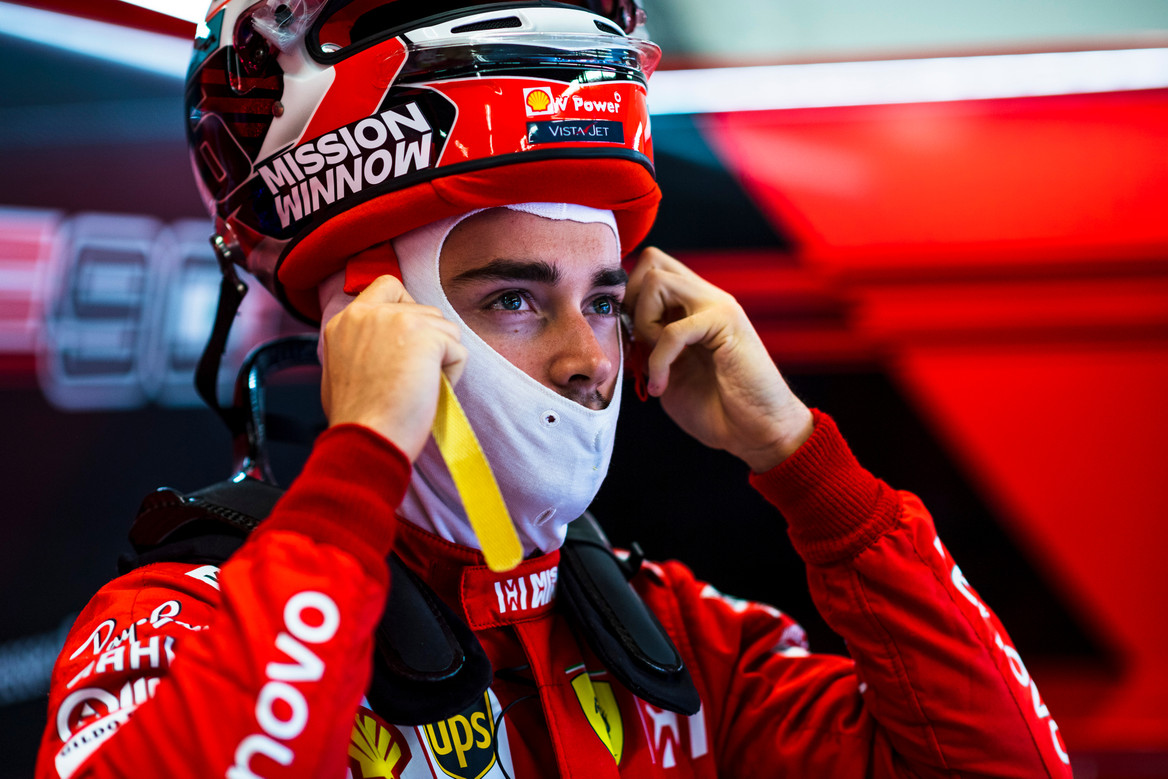 "I'm very happy with how my season went," Leclerc confirmed. "I have developed a lot, but there is still a lot to learn. I am happy with what I have shown. I hope that I can continue to develop as I did this season.

"I grew strongly in 2019. On good days I showed that I can be very, very good. But it's about getting everything together every weekend. That's a different matter, and I have to focus on that. If I can do it, I will.

"At the start of the season I was quite intimidated by the size of the team and its history," he admitted. "That doesn't change, but I did a couple of races for the team and I got used to the people.

"After four, five, six races it clicked and I understood what I wanted from the car. I was a little more confident in what I wanted,' He continued. "I was able to ask about changes to the car instead of adapting my driving style to the car.

"From that moment on we have taken some good steps," he said. "From that point on, everything went smoothly."

Most of all, Leclerc agreed that it was important to learn from any mistakes that he made, incorporate the knowledge into his driving and move on from there.

"If I make a mistake, I remember what I did before and what led to that mistake. I analyze that. From this I understand what I shouldn't do again so that it doesn't happen again.

Poulter set to take a swing at virtual F1!