Although the 2020 Formula 1 world championship is currently on indefinite hold, the organisers of the French Grand Prix are pressing ahead with their preparations for this year's event, whenever it might eventually be held.

The race is currently due to take place on June 28. Initially that would have made it the tenth round of a 22-race season, but the cancellation or postponement of multiple races due to the coronavirus pandemic means it's not provisionally set to be just the third Grand Prix of 2020.

That's assuming that F1 can finally get underway in Azerbaijan on June 7, followed by a flyaway race in Canada on June 14. But with the deepening pandemic situation, all of June's races are looking increasingly in doubt and the odds are that Austria will open the season on July 5.

Currently France has a ban on holding public gatherings of 1000 or more people. Further measures to stop or slow the spread of the virus imposed by the French national government could persist for months which has already led to the postponement of the 24 Hours at Le Mans from June to September.

"No one can plan three months in advance," admitted French GP director Eric Boullier. "Everyone is well aware that people currently have other concerns than attending a Formula 1 race.

"It is impossible to compare the Formula 1 championship to a unique event like the 24 Hours of Le Mans," he insisted.

"We are on stand-by because the absolute priority is safety," Boullier continued. "At least in the worst case [fans who have bought tickets] will be fully reimbursed." 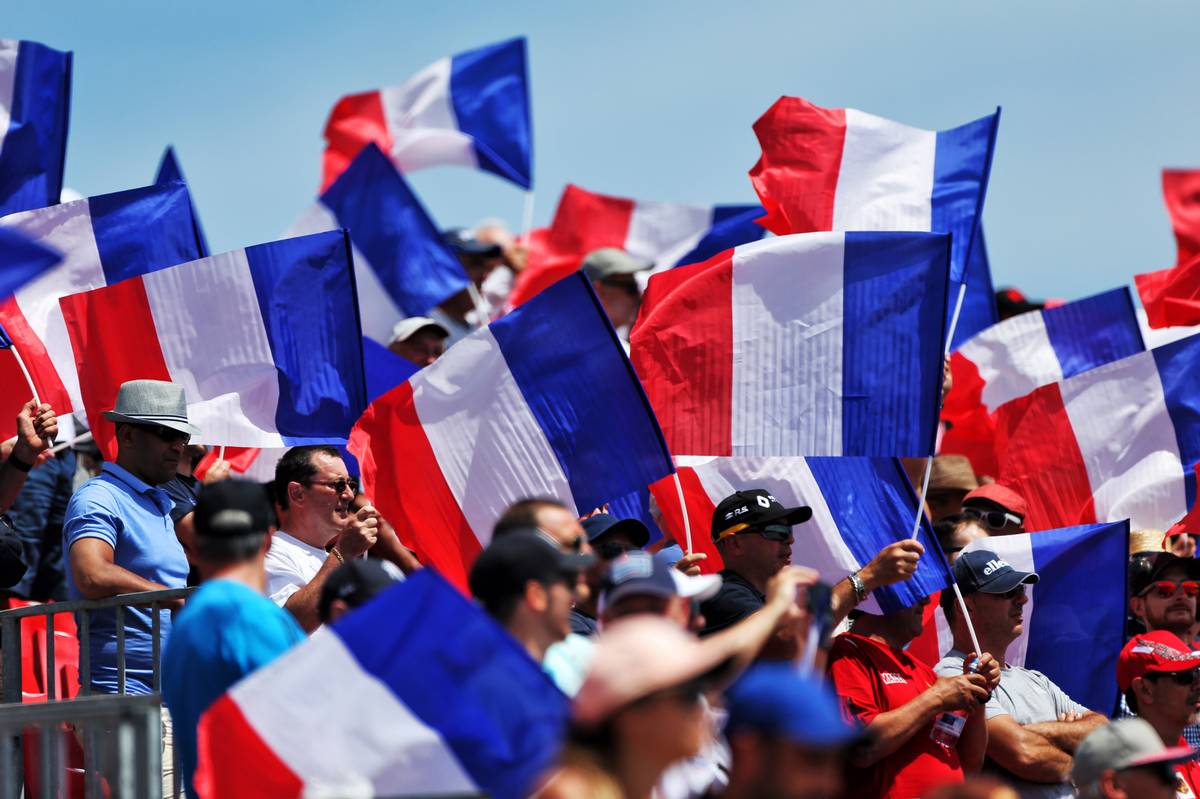 But in the meantime, the Boullier and his management team are intending to proceed with planned modifications to Circuit Paul Ricard in preparation for this year's race.

“Just before the pandemic problem we were ready to announce some changes for 2020, and also for 2021 and 2022,” Boullier told Canal+ in comments reported by GrandPrix247.com. "It’s a project that we have developed with the FOM, the FIA and the Paul Ricard circuit."

Among the mooted changes are alterations to the opening corners between turns 1 and 4 to make it faster with big braking points to increase overtaking opportunities. However the chicane will be retained, and the Signes and Beausset corners will also not be altered.

“We have a track that is what it is," Boullier admitted. "But we have found solutions that should effectively improve overtaking, or in any case the risk that the drivers are able to take, and so by definition [also improve] the show."

However he said that the specific details were yet to be confirmed, as the world sits out the coronavirus situation.

"For the moment, we’re going to wait until there’s a little more visibility in our daily lives, apart from the confinement, to announce other things," he acknowledged.

Boullier did admit that the pandemic meant that some changes wouldn't be able to go ahead this year after all, even if the race were to take place as currently scheduled.

"Next year we’ll have other possibilities for changes, which unfortunately now in the time allowed can no longer be done," he said. "But we’ll see in 2021."

Boullier is trying to ensure that the circuit is ready for the next generation of F1 cars. Originally a major reform of the sport's technical rules and regulations was planned to come into effect next season, but the disruption wrought by COVID-19 has forced F1 to delay introducing the changes until 2022.

"According to the new regulations we’ll still have the possibility to change the circuit," commented Boullier.

McLaren engine deal with Mercedes not impacted by reg delay