Charles Leclerc is now a force to be reckoned with in the virtual world, the Ferrari driver dominating Sunday's Virtual Vietnam GP at Albert Park with a flawless performance.

The Monegasque crossed the checkered flag after 29 laps with a 10-second advantage over Renault junior Christian Lundgaard while Williams' George Russell took up the third spot on the podium for his Virtual GP debut.

Leclerc and Russel were two of six current F1 drivers who joined the fray for Sunday's second round of F1's official Virtual Grand Prix Series, with Alex Albon, Nicholas Latifi, Antonio Giovinazzi and Lando Norris also lining up on the grid. 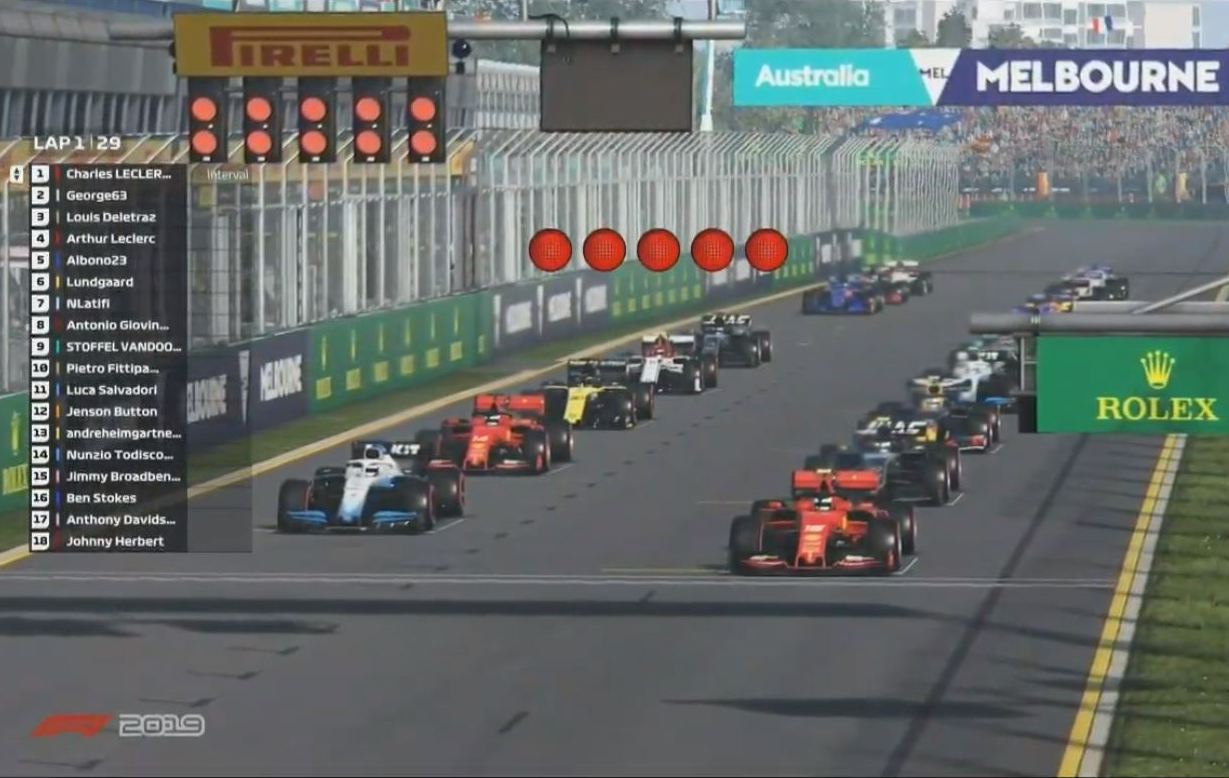 Unfortunately, a last-minute computer glitch forced Norris into retirement even before the lights went out.

Like in Bahrain last time out, all competitors were on identical settings. Initial poleman Lundgaard was relegated to sixth on the grid after being penalized after qualifying, leaving Leclerc to lead the field into Turn 1 from Russell, Red Bull's Albon and second Ferrari charger Arthur Leclerc.

But Albon lost it on the opening, falling down the order while Leclerc raced off into the distance never to be seen again by his rivals. 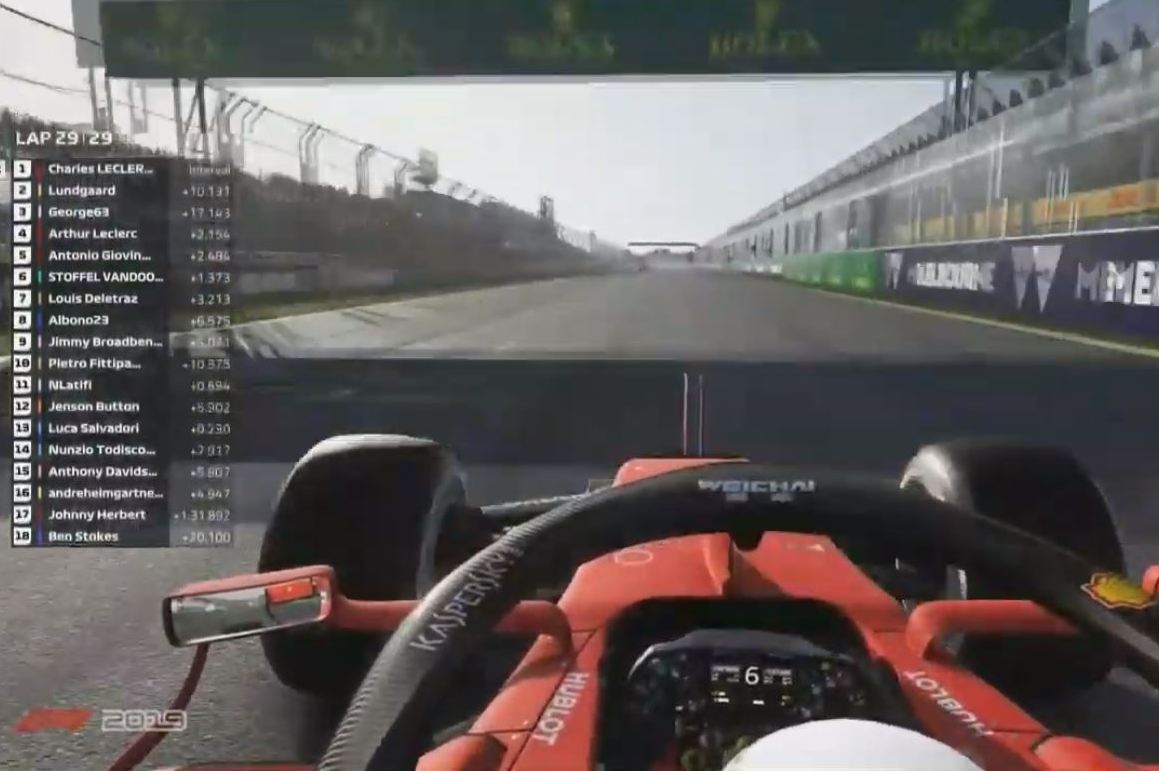 Arthur Leclerc proved that he was just as handy as his older brother, keeping himself in contention for a spot on the podium for the entire duration of the event, battling the likes of Russell, Giovinazzi and Lundgaard.

Among the four drivers, the Dane had the last word, beating Russell to the runner-up spot while Arthur Leclerc was fourth. 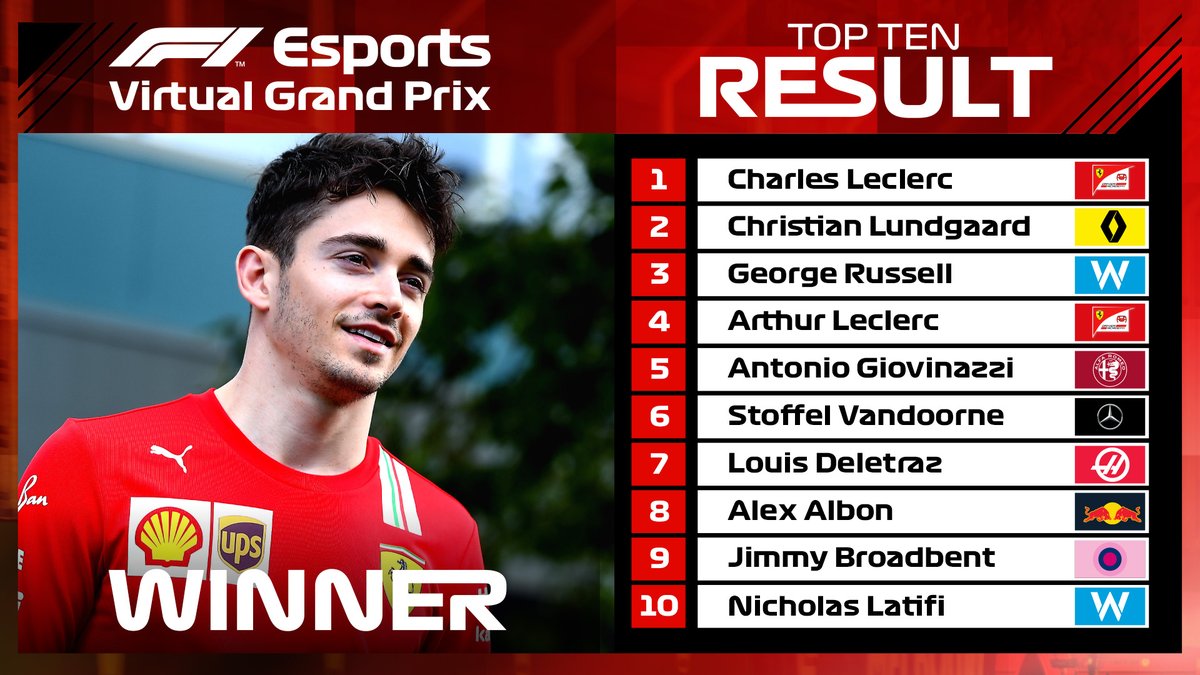