The condition of former F1 driver turned Paralympic gold medallist Alex Zanardi is reported to be unchanged on Wednesday and that he remained in serious but stable condition since being involved in an handbike racing accident on Friday in his native Italy.

After being struck by a heavy vehicle during the Obiettivo Tricolore, the 53-year-old was airlifted to hospital in Siena and underwent three hours of neurosurgery as well as procedures for facial and jaw injuries, and was then placed in a medically induced coma.

Doctors have previously said that a long-term prognosis for his recovery was impossible at this stage. The latest update said that there had been no "substantial changes to his clinical condition".

"The athlete spent the fifth night in hospital without substantial changes in his clinical conditions, as regards the cardio-respiratory and metabolic parameters. The neurological picture remains serious.

“Neuro-monitoring continues and is constantly evaluated by a team consisting mainly of anaesthesiologists, resuscitators and neurosurgeons, supported by a multi-disciplinary team based on different clinical needs.

"The patient is always sedated, intubated and mechanically ventilated and the prognosis remains confidential."

The facility also said that following discussions with his family, it would not be making any further daily updates on Zanardi's condition unless and until there are any major developments in his medical condition.

“After hearing from the family it is not considered useful to disseminate other medical bulletins until there are significant changes in his state of health." 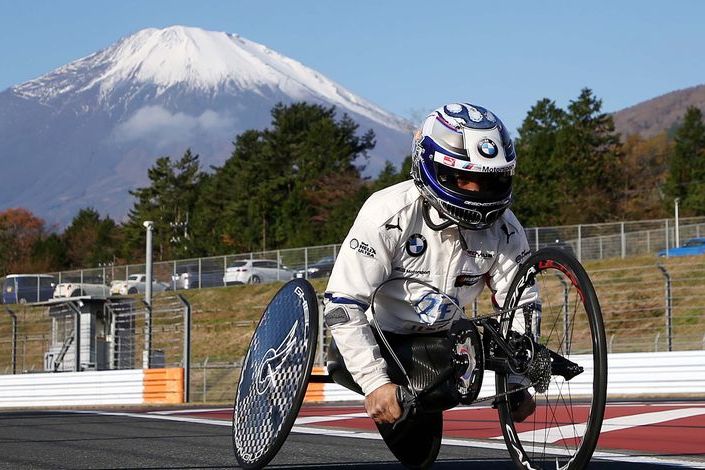 Zanardi had 41 Grand Prix outings in the 1990s with teams including Jordan, Lotus and Williams. He won back-to-back CART championships in the US, before losing both legs in a violent accident in the American Memorial 500 CART race at Lausitz, Germany, in 2001.

He survived against the odds and went on to become a four-time Paralympic handcycling gold medallist, and even resumed motor racing in WTCC and DTM using specially adapted hand controls.

FIA president Jean Todt was among those sending messages of support at the weekend, posting on social media: "All the FIA community is supporting you in this cruel moment. Our prayers are with you."

Pope Francis has also added his thoughts and prayers for Zanardi's recovery. In a handwritten letter published by the Gazzetta dello Sport, the Pope said that Zanardi was an example to everyone.

“Dear Alessandro, your story is an example of how to succeed in starting again after an unexpected stop,” the letter began. “Through sport, you have taught us how to live life to the full, making disability a lesson of humanity.

“Thank you for giving strength to those who had lost it. At this painful time, I am close to you, I pray for you and your family.”