After last week's comprehensive victory in the Austrian Grand Prix, Valtteri Bottas found himself on the back foot this weekend when F1 returned to the Red Bull Ring for the Styrian GP.

After a brake issue left him stuck in fourth place at the end of a wet qualifying on Saturday, Bottas went into Sunday's race knowing that it was all about damage limitation.

“Obviously Lewis started from the pole and had a good start,” Bottas told Sky Sports after the race. “He could really control the race and there was not as much happening as last weekend.

“Yesterday wasn’t ideal, so that’s why I couldn’t get 25 points today," he continued. "From my side, starting fourth, I think today was damage limitation. Still got good points, still leading [the championship, so it’s not too bad."

Bottas was quickly able to pass McLaren's Carlos Sainz at the start of the race for third position, but then found himself firmly stuck behind Max Verstappen.

He opted to make his pit stop later than Verstappen, which gave him the edge on tyres performance toward the finish when he made up ground on the Red Bull. 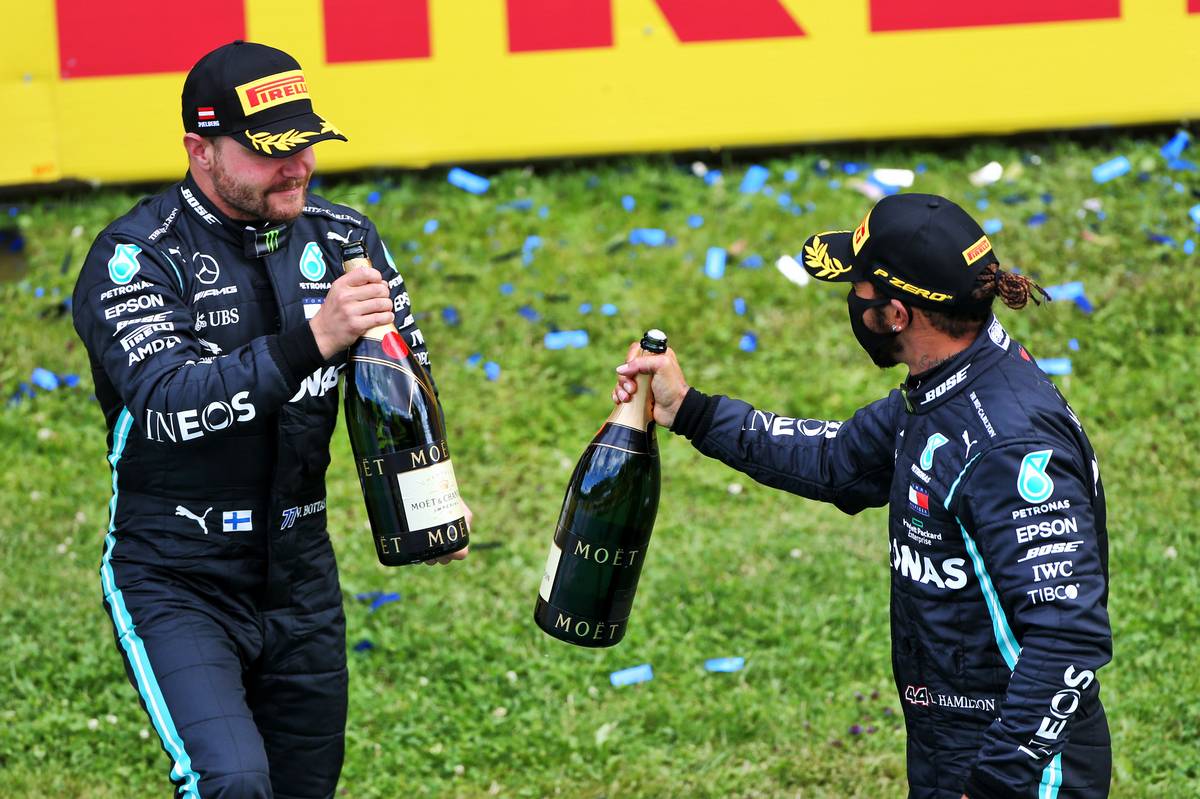 Bottas said that he had enjoyed chasing down Verstappen in the final laps and managing to get past the Red Bull with four laps to spare.

“It was a good battle with him,” he said. "I think I had quite a bit more pace at the end than him as we extended the first stint. Racing closely is always good fun.”

Despite finishing second this week, Bottas remains in the lead in the drivers championship with 43 points, six up on Hamilton - and very much looking forward to the next round in Hungary.

“I could have been more satisfied, but it’s been a not bad first couple of races," he agreed. "I’m looking forward to next week."

Binotto on Ferrari drivers' clash: 'Not a time to accuse'

Perez: No regrets over Albon clash despite lost position